The Message Is Lost In Translation 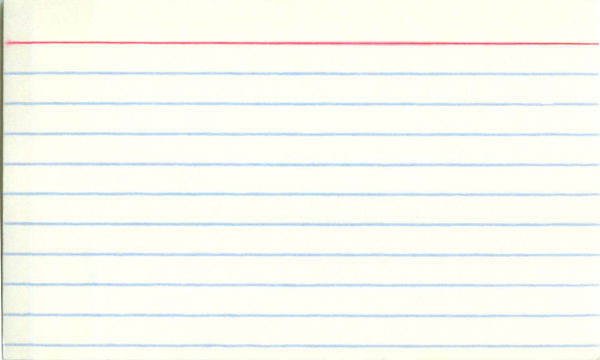 If you had to encapsulate your learning in a short text, such as one that might fit on a 3×5 card, what highest level of understanding would you communicate there?

The road to Hell is paved with good intentions. Notions like pacifism and equality make us feel good because we personally are not at risk. When many feel good together, it creates a self-reinforcing and -amplifying collective mania. This then creates a society which is toxic, in that its mentality spreads by contact and people are forced to be immersed in it, because it is obsessively reality-denying and makes all other choices a means to that end. This creates endless unintended consequences that are prompted denied.

Our modern world is toxic. If you want to know why people are manic about wanting to send you to school or a job for as close to twelve hours a day as possible, this is it: they want you to absorb the toxic propaganda from others. Misery loves company, and people are at some level aware that our civilization is built on lies, but to confront those lies means to realize how much of their own time is wasted, so they would rather spread the lies; this is the path of least resistance.

The message is lost in translation because of our tendency to view our mental models of reality as more real than reality. This is not done deliberately, but occurs because we rely on those mental representations and work our thinking process on them. This in turn creates a world in our head which is perfectly logically sound and consistent among its own parts, but may be improperly “sampled” or perceived from reality. We have a tendency to make mental models which are convenient to remember and manipulate, but this also makes them less accurate and therefore, three or four calculations down the line, error has crept into our thinking in a non-trivial amount.

The problem with communicating this message is that we have a tendency to put it into handy mental containers like politics and science. This zooms in on the details, but loses the big picture, and then because the focus is on the details, our mental model of the larger picture becomes distorted. This is identical to the process by which we arrived at this confusion in the first place, which is that we adapt our model of reality to what is easy for us, instead of adapting our thinking to what is real. Only some can do this, and only with self-discipline.

“The essence of our quest is this singular political or religious command…”
There is only one command: adapt to reality. When you put that into an ideology or something that behaves like one, you have already gone down the path that leads to where we are now.

“I don’t see why you are so discontented. I have a good life…”
You are rationalizing. We can always find the best version of bad in a bad situation, but that does not take away from the fact that the situation is moribund and thus, savages our souls.

“The real problem is that we use language, symbols and logic…”
There you go again. If the problem is denial of reality, focusing on the means used to deny reality is to avoid the actual problem: the pretense and hubris that the world adapts to our minds, not the other way around!

“What we have to do is motivate people. That requires an ideology…”
You are right, but also wrong. When you adopt an ideology, the message gets diluted, and so you achieve victory in a social sense but not in terms of solving the problem, and so you become what you fight against.

A knotty problem this is, indeed. This is why all successful ventures begin with a strong hierarchy that puts those with the best leadership skills — in civilization this is generally moral character and tendency toward reverent excellence — on top and sorts out everyone else according to what role they serve best. To do this requires crushing the dominant illusion of our time, the Enlightenment and the last four thousand years: equality.