The echoes in your head 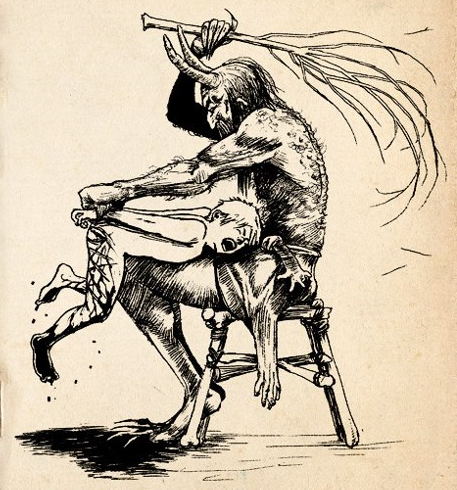 When a society is healthy, it is ruled by its best — smartest, wisest, most morally honorable people — and most agree on a general direction.

As a society becomes diseased, wealth and power fall into the hands of those who are clever enough to manipulate others, and so the social model changes. Instead of hierarchy, it becomes a mass which requires dramatic and vivid threats to move. Thus the model of society becomes constant war: there is always an enemy holding back the Utopia waiting just around the corner, and everyone must mobilize right now to fight this scapegoat.

The pattern repeats time and again: aristocrats led man, woman and child to the guillotine; Jews marched into death camps; dissidents thrown into gulags; careers destroyed by un-PC comments. Mass-motivation by making an idea popular, and retaliation against those who do not join the mass, is the fundamental archetype of such societies.

In order to perpetuate this condition, such societies must be saturated in background information that supports the narrative that justifies mob rule and suggests it will work out okay. This technique works by putting the same message into many different forms. The same terms are used in political speeches, in the dialogue on sitcoms, in interviews with celebrities, in academic and scientific literature, and as the topics of movies, plays and books. This is the method revolutionaries use to shift public opinion, but now, we live in a perpetual revolution.

This produces echoes in the mind of everyone in the society. When they think of doing something, the voices of doubt and guilt speak to them: why haven’t others done this? what will people think? will this make me look like I’m in control of my life and living well, or like an angry loser?

On top of that, other echoes harmonize: what would my role models do? how do I become popular and thus successful? am I doing what others like? In the background, still other voices sing: people didn’t like what you did that one time; someone else tried this and failed; only obedience and conformity are realistic, because you have to be pragmatic, you know.

These voices form a chorus with the millions of media images, conversations with others, and official announcements that pervade our lives. Commercials tell us to be smart, sexy and hip by doing certain things; friends over-brag about what worked for them, lying about the success in order to make us feel bad about our own attempts; movies and media show us what is “popular” and therefore right.

It’s a wonder anyone can think anymore. Oh wait… they don’t, really. They react, choosing the best option that takes the least of their time and mental energy, and end up following the herd. As a movie villain once said, “It’s all part of the plan.”

Among their many weapons, the favorite of the rest is the use of constant voices in your head through memories and images. They are focused on their own internal drama, so they take none of it seriously, where the more thoughtful and open to ideas a person is, the more they are inundated. It is the psychological equivalent of spam, or those thousands of emails, ads and flyers in your mailbox that try to tempt your curiosity to sell you irrelevant junk.

Any sane society would have boring movies, pop music and mass culture so that people had the ultimate freedom, that of an empty and clear mind, and through that, the ability to make proactive choices and find options that are not sitting on a shelf like products, but need to be created. We have gone the opposite direction and that is, as a cynic might say, “telling.”