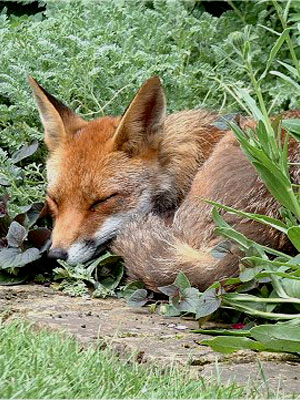 Thereâ€™s been a lot of talk, here, recently, about the nature of â€˜realityâ€™.
Philosophers have been going on about it forever, and the more people that become interested in philosophy, and philosophers, the more they go on about it, too.
Maybe thatâ€™s good, maybe not. But it can get a little tiresome, hearing people endlessly quote someone elseâ€™s view of this slipperiest of things, and their often uninformed opinions of it.

So hereâ€™s what Iâ€™m gonna do:
While other people have been busy leading more or less â€˜normalâ€™ lives, Iâ€™ve been not-so-busily engaged in living a completely different sort of life. A life of adventure, uncertainty, no little danger, and complete material poverty.
This has given me some rather unusual life-experience. Iâ€™ve done, been, seen and known things that very few people ever get to approach. And since Iâ€™ve just knocked back some rather good Mead, the traditional drink of warriors and shamans, Iâ€™m gonna hold forth on some of those more unusual things Iâ€™ve run into, along the way.
Well, OK, not some of those things, but rather one of those things…
Reality.

It probably started, many years ago, with an LSD trip. A tiny pill called a microdot: scarcely larger than a pin-head.
People who donâ€™t know, think LSD is a drug. It isnâ€™t. The dose one ingests is so incredibly minuscule that it couldnâ€™t possibly have the effect it does, if were merely a drug.
No. LSD is a catalyst. It works in parallel with chemicals already present within the body, and increases their function many-many-fold.
That first LSD trip is the only one that counts. Subsequent experiences are like trying to shoot a hole-in-one, a second time. Not gonna happen, see?
The first one makes it unmistakably obvious that our everyday perceptions of life are almost totally arbitrary, and almost completely dulled-down. We may as well be sleep-walking, while dreaming the most boring of dreams, and one that never, ever changes.
Thatâ€™s almost all Iâ€™m gonna say about LSD, since itâ€™s a whole study in itself.
Itâ€™s a jump-start to consciousness, is all. Not consciousness itself.

Following the LSD experience, I chanced to read a weird book by some odd chap named Lobsang Rampa.
It was about the ‘third eye‘. Thatâ€™s right. And you thought you only had two. Wrong!
Finding this third eye, however, is troublesome, and even now Iâ€™m not sure I know any more about it than I did then. But no matter. The point is, it caused me to embark upon a lifelong quest to plumb the depths – or scale the heights – of spirituality and consciousness. How many people do you know that have made a career of something like that? None, I’ll bet. So read on: you may never get another chance to read anything quite like this…

Drugs, of any kind, donâ€™t do it. They are toxic, expensive, illegal, and can only hint at something that cannot be attained under their influence. Forget drugs.
The only thing that will do the trick is breathing. Yes, you read that right.
Westerners hardly breathe at all. Are you ever aware of your breathing, except when you are short of breath, or sick? No. If you are, youâ€™re pretty unusual.
Anyway: to get anywhere, consciousness-wise, you gotta get down and breathe. Consciously. Deeply. Slowly, and deliberately. And you gotta do it for months!
Then you gotta clear everything out of your mind. Every image. Every sound. Every thought.
No memories and no hopes. No plans and no regrets. No expectations and no illusions.
Nothing.

Donâ€™t try this at at home, unless youâ€™re deadly serious. Itâ€™s actually dangerous. You can go insane. OK? You have been warned.

I did all these mildly dangerous things, over months, even years, along with many other things that may or may not have influenced the final outcome. Which went something like this…

â€œIâ€ ceased to be human, and I ceased to be â€œmeâ€. I became identity-less, and instead blossomed out into – first – a mountain. Then the mountain and the earth it rested upon. Then these things, plus the planet they were part of. Then the space they occupied. Then the whole universe, and beyond that, into everything, everywhere, always.

I started laughing, because of the realization that this was God. Not some moody old man somewhere in the sky. Me, it, this, everything. This was God. Aha! And how absurdly simple everything was, and that is why it is so invisible to people, who expect anything worth going-for, to be very complex and difficult to achieve.

Knowledge. What is knowledge? It is air in the lungs. It exists. With or without lungs to breathe it. It is there. Always. When you need some of it, it is there.
It is not something that can be owned, learned, taught, remembered, or kept.
Exactly like the enlightenment I was now experiencing.
What it is, when it is, and nothing more, or less.

Reality is reality, whether it is witnessed, lived through, experienced, or not.
It is the lattice that ties everything together. Pure energy. Pure consciousness.
Dumb-ass scientists are finally beginning to uncover this impossibility, on the quantum level.
They have gone to an awful lot of expense and trouble to â€œdiscoverâ€ this stuff, when all it needed was a bit of applied breathing.

Donâ€™t worry about reality, and what – exactly – it is.
You’ll never know, if you’re busy with trying to define it.
When you are able to detect it, you will no longer wonder.
You will have become it, and ‘you’ will no longer matter.
Not that ‘you’ ever did, in reality.