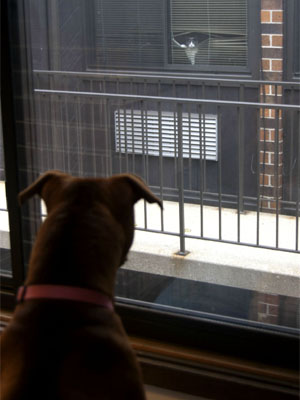 In times of political confusion, people distrust the very words they need to use to explain what they want.

For example, you will often hear that left and right no longer mean anything, or that terms like “leftist” are made-up nonsense. Even worse, people use terms like liberal, leftist, left-winger and progressive as if they meant different things.

And if you do use a term like “leftist,” some burn-out person will show up and accuse you of xenophobia — of grouping everyone who does not agree with you into one big camp, and using the convenient label “leftist” to show they’re not part of the cool kids crowd.

It’s not hard to puzzle this one out. First we start by realizing that no thing has an exact term for it; terms are symbols we use because we agree on what they refer to. Next, we have to look at those meanings, and see where they are common and where they differ.

Liberal, progressive, leftist, socialist, classical liberal, Marxist, Communist, neoconservative, anarchist and liberal democrat: these mean the same thing. Every one of them has one idea that is not held in common with other beliefs, and that idea is the central notion of liberalism.

This notion is individual equality, which is a vague term that means that society is obligated to treat any thought, notion, desire or judgment from any individual as “equally valid,” or as a reasonable idea, even if contradicted by reality.

Let’s drill that down: humankind comes before nature. Whatever a human being wants to think is true is more important than nature and her laws, which regulate the consequences of that behavior. Liberalism is a blank check to ignore the effects of one’s actions and to focus instead on human Feelings about them.

You will see this in every liberal law or policy. They will talk about moral imperatives, or even political necessities, but at the heart these philosophies endorse the same idea, which is that it is socially pleasing to treat everyone as “correct” and thus we must do away with reality.

Appearing in the latest edition of The Journal of Politics published by Cambridge University Press, the research focused on 2,000 subjects from The National Longitudinal Study of Adolescent Health. By matching genetic information with maps of the subjects’ social networks, the researchers were able to show that people with a specific variant of the DRD4 gene were more likely to be liberal as adults, but only if they had an active social life in adolescence.

Dopamine is a neurotransmitter affecting brain processes that control movement, emotional response, and ability to experience pleasure and pain. Previous research has identified a connection between a variant of this gene and novelty-seeking behavior, and this behavior has previously been associated with personality traits related to political liberalism. – “Researchers Find a ‘Liberal Gene’,” Science Daily, October 27, 2010

Novelty-seeking requires that you put aside the results of your actions and instead focus on how they make you feel. You might need to do something to achieve a result, but that’s boring, so focus on sensations instead and do something new or otherwise stimulating.

Conservatives, on the other hand, are stimulated by results and not the process used to reach it. For conservatives, reality and natural law comes before human feelings, desires and judgments. The world is bigger than us, and results matter more than sensations.

These differing viewpoints manifest themselves in different goals that each group seeks. As you can see, these two goal-sets are incompatible, and the only reason American politics “works” is that we pretend two groups with radically different needs can occupy the same country.

As liberals tend to like pluralism, or the idea that many contradictory viewpoints can exist at once in the same place, this plays into their hands. The less order in a society, the stronger the liberal viewpoint, because the individual alone is sovereign and thus opts for a self-based point of view.

To gauge participantsâ€™ physiological responses, they were shown a series of images on a screen. Electrodes measured subtle skin conductance changes, which indicated an emotional response. The cognitive data, meanwhile, was gathered by outfitting participants with eyetracking equipment that captured even the most subtle of eye movements while combinations of unpleasant and pleasant photos appeared on the screen.

While liberalsâ€™ gazes tended to fall upon the pleasant images, such as a beach ball or a bunny rabbit, conservatives clearly focused on the negative images â€“ of an open wound, a crashed car or a dirty toilet, for example. – “Biology of politics: Liberals roll with the good, conservatives confront the bad,” Science Blog

Above it was said that a series of terms amounted to the same thing because they have the same basic meaning. It’s more accurate to say that they all converge on the same thing, meaning that they are different degrees of the same idea and all end up in the same place.

All movements left of center become liberal, and advocate for humanism, egalitarianism, individualism, utilitarianism, equality and pacifism. They value any idea that suggests what humans want to be the truth is the truth. Like The Enlightenment, they replace god/nature with the human form and desires.

All movements right of center become rightist, and advocate for Social Darwinism, naturalism, reverence, structure and everything that suggests natural law determines “truth” by the results of causes, not by human intentions, morality, desires or socially popular ideas.

If the American experience has taught us anything, it is to respect this difference because it is the only difference that matters. We can invent a hundred terms for each of these two ideas, but they remain the same in substance.

All that remains is for each of us to ask ourselves: where on this spectrum do we fall? Closer to the left, or to the right? And we should consider the bedfellows we will have, and what type of society that will produce, before we answer.

The end of liberalism | Reality