Outlaw The Teaching Of Coding To Children 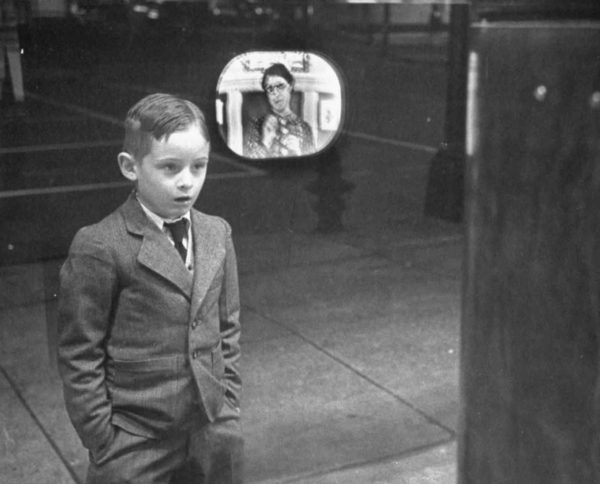 It’s 1954, when an angry mob of hundreds of people storm a cemetery, armed with knives, stones and hand-crafted spears. A vampire is said to reside there, who has killed and eaten two children. The vampire is said to be seven feet tall and according to the rumors has iron teeth. What country are we talking about? Lily white England. Plot twist: The mob consisted of children.

In contrast to what you might have heard from the alt-right, different cultures can in fact co-exist in peace for generations. I am talking here, of course, about the culture of children and the culture of adults. For centuries, children have maintained their own cultures separate from adults, passed on from older children to younger children. That culture has been lost, but it can be revived.

All that was necessary for these culture to be preserved, was for adults to leave their children unsupervised for sufficient amounts of time. These cultures emerged spontaneously and passed on legends and practices from older children to younger ones. They declined as we increasingly began to supervise our children, restricted their right to roam outside and gave them access at first to television and later on, computers, tablets and smartphones.

We might say that we wish to protect our children from harm, but more primitive cultures seem to have had less concern when it comes to such harm. Certain primitive African cultures have children with hands covered by scars, because the children are left for themselves to find out that fire is hot. As we isolate ourselves from the natural world and become anxious and risk averse, we impose our mentality on our children as well.

In our effort to avoid acute suffering, we tend to create chronic suffering for ourselves that eclipses the acute suffering. This applies to our children too. Children whose muscles don’t develop adequately are at increased risk of dying later in life. Our children are being set up for lives lacking in vitality.

The problem is that we have placed excessively high expectations on our children. In addition, we have embraced the wrong values as a culture. We aim to make our children successful, that is, capable of holding onto some full-time white collar job that will allow them to provide for a family. In addition, in our meritocratic culture, we all expect that our child will inevitably rise in socio-economic status, rather than dropping down. When nepotism and inherited privilege ensure that social status is determined at birth, people have less reason to place high expectations on their children.

Children naturally learn new valuable skills. Their method of learning is called play, it teaches them all the skills that were necessary for most of human history. Leave a bunch of (tom)boys by themselves and they will build huts, rafts, slingshots and carts. If children’s natural method of learning doesn’t prepare them for adult life anymore, the solution is not to force children to play less and to do more homework. Rather, the solution is to change adult life to be more in tune with humans natural inclinations.

In many places, people are beginning to understand this. In Denmark, traditionally far ahead of the rest of Western civilization, we see an explosion in the number of nature based elementary schools and childcare facilities. Young children are given knives and taught to make spears from branches, or how to recognize and where to find wild plants and animals. Caregivers take the children outside and let them dig through the mud.

Of course at the same time, from the higher echelons of society we see an attempt to keep their disastrous project from falling apart. All developed nations are currently struggling with a shortage of STEM-nerds. To prepare children for the mediocre lives that adults have planned for them, as future objected-oriented PHP programmers and C# developers, a growing number of elementary schools are teaching children how to code, through the use of games on tablets.

The thought never seems to occur to our central planners that perhaps technology’s natural inclination is not to create a paradise on Earth, but rather to force lifestyles onto human beings that are increasingly at odds with our natural instincts and make us miserable. Perhaps there is no degree of indoctrination that could ever get women to look forward to spending their lives as PHP programmers. As much as people might fail to admit it, to work in IT is a choice of last resort, for people who need the money and have no real idea where else to get hired.

Another taboo to break through is as following: No matter how good looking they might be, the average engineer or computer programmer is an awful guy that women struggle to maintain relationships with. Silicon Valley is known to have an epidemic of singles, the main reason being that the high-earning white collar males who work there are awful people to interact with.

Intelligent, non-autistic women who had to work with successful IT nerds tend to have a variety of nightmare stories to share. Interacting with other people takes effort, those who spend their days interacting with computers and learning their logic inevitably struggle to develop this skill. If anything, the covert subtle language of human communication is diametrically opposed to the overt concrete language of computers. Thus, to learn one is to lose our understanding of the other.

When we educate our children, we give birth to the cultures that are to follow us. If we drown them with busywork to give them a chance in the rat-race for the shrinking pool of high-status white-collar jobs, we prepare a society that is as hellish as the one we find ourselves in today. They become like us, drones who expect to receive fat pension checks after they turn 65 that allow them to spend the last years of their lives as modern day leisurely aristocrats, to make up for the miserable decades before retirement spent in cubicles.

If on the other hand, we teach our children to love, enjoy and admire the living world that they inherited, they stand a chance of growing up to become adults with lives worth living. Our children deserve something better than we received.

Some Of My Best Friends Are Mutually Tolerant | Zionism = Nationalism