With the holiday season highlighting beliefs of major religions, it’s easy to forget how Western religion evolved over time. For example, my household and those of most I knew growing up were Christian in some denomination or other, so the holidays were filled with stories about the birth of Jesus Christ. Only later did I find out that the origins of some of these New Testament stories were somewhat questionable:

The older European and pre-European holiday traditions were not based upon claimed religious phenomenon, but rather upon the seasonal characteristics of nature. The ancient traditions were founded by people who were highly aware of seasonal change and arranged their lives and festivities around them accordingly, explicitly marking the spring and fall equinoxes as well as the summer and winter solstices. These periods acknowledged and celebrated the Sun god and its relation to society. The Sun god was seen as the provider of the energy for life from which they prospered, and was therefore given reverence.

Given the history of these ideas which date back to at least 2000 years before the Christian era, it should be no surprise that the original symbols and practices of [the holidays] persist today, just as our ancestors once celebrated them.” 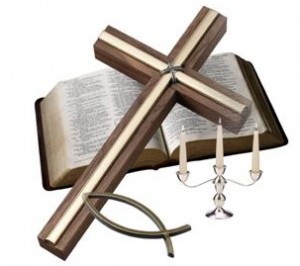 Religions, and their respective gods, were in ancient times meant to symbolize reality, rather than creating new realities outside of nature and the seasons. Personifying these beliefs by distilling them down into one person – say, Jesus – only serves to accentuate our modern individualistic views, and that one-man symbol can easily be corrupted as he comes to mean so many different things to so many different people. Rather than a Sun god, you have the Son of God himself, who is all powerful and all knowing. It’s easy to see how this tool can be extremely dangerous.

I thought of this recently when working with my father around the holidays, helping him out at a family business he runs. I help out there weekly, and ever since his father died in 1997, we reminisce – especially around the holidays – about how short tempered but funny he was at times, but also about how much he loved his family and the sacrifices he made to ensure they were given what they needed.

This is how people live forever. Family men live on in the stories told to future generations, as I’ll surely tell my son about my grandfather. Other men – strong leaders of large groups of people who achieve great things – are written about in the history books, and the lessons from their lives and their leadership are what interests people, as well as the effects of their policies.

Due to the individually-focused major religions of today, people need to believe that living forever involves heavens full of virgins, grandma, and Moses, where you look better, feel younger, and are completely conscious of this heaven after you die.

Living forever is really about your ancestors: how you remember them, what they did during their lives, and whether or not their actions are translated into valuable lessons for a family to advance – physically, intellectually, morally. The physical being itself turns into dust; memory is how life after death perpetuates.

Extrapolating this idea to society as a whole is how societies become more healthy over time, instead of less healthy, as we see today.

Evil exists, or at least destructive does | The Sluggard’s Fallacy