It Will End With A Whimper, And Not A Bang

by Jonathan Peter Wilkinson on September 1, 2016 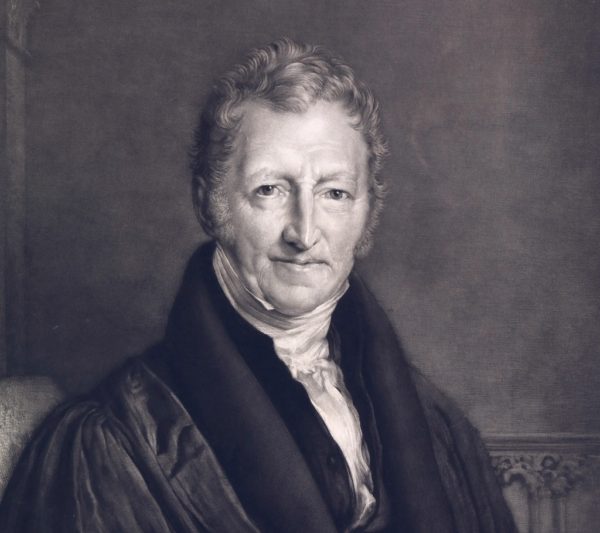 Thomas Malthus dropped a meme-bomb on both Economics and Environmentalism. The damage that he inflicted infests some corners of both of these fields today. Wrong ideas can have an impact analogous to a nuclear weapon.

Abundant loud and violent stupidity gets detonated at the time the foolish ideas are adopted and the long term effects are also toxic. The idea has a half-life, so to speak, like Strontium 90. As long as the wrong idea can be attractively packaged, it will get parroted by masses until it is put to the acid test. Kevin Williamson of NRO describes just such a scenario.

In 1980, there was a famous bet between Paul Ehrlich, Malthusian par excellence and author of The Population Bomb, and Julian Simon, a fellow at the Cato Institute, regarding the prices of a handful of widely used metals (chrome, copper, nickel, tin, and tungsten). Ehrlich believed that the Earth was running out of resources, and that scarcity would send the price of these metals higher, while Simon believed that human ingenuity and the creative power of capitalism would lead to abundance, and hence to lower prices for those benchmarks. Simon was right, Ehrlich was wrong. But there is almost no price to pay for being wrong if you are wrong in the service of that which is popular….

The corrupting meme infesting both economics and environmentalism is that of The Big Catastrophe. The SHTF Moment. The big mile-marker that tells us Romulous Augustulus is about to be deposed by a some hide-wearing barbarian from the Faustian Woods. I mean, if Paul Ehrlich re-ups those futures contracts long enough, will every last one of them go into the money? It could just be that he’s gotta’ believe! If he so endeavored, he’d hardly be the only non-religionist taking a Kierkagardian Leap of Faith.

I think its more than just a lingering case of Normalcy Bias on my part to ponder another possibility here. What if several million dedicated preppers wind up the badly dissappointed laughingstocks of their neighborhood as the MREs pile up in their basements, and the Martians never seem to get around to launching that invasion? Just how well is your favorite Peak Oil Blog doing right about now? When was AGW going to doom the Earth again?

Maybe, just maybe, there is only one looming Armageddon. We have on scriptural authority that none will know the hour or the day. Given that market information blackout; I wouldn’t advise calling up your commodities brokerage of choice and writing any Armageddon calls. We can all ignore the cranks and whack-jobs because nobody has seen any of those black swans quite yet. Yet maybe that mindset puts us in even more danger.

It doesn’t have to burn out. It could fade away. The termites that eat a foundation, probably don’t wreck an entire wooden barn in just a day. Entropy can work over time. Things can degrade more slowly than anyone primed for The Big One can readily recognize the growing sarcoma. Will McIntosh posits just such a societal failure in his novel Soft Apocalypse.

What happens when resources become scarce and society starts to crumble? As the competition for resources pulls America’s previously stable society apart, the “New Normal” is a Soft Apocalypse. This is how our world ends: with a whimper instead of a bang. New social structures and tribal connections spring up across America, as the previous social structures begin to dissolve. Soft Apocalypse follows the journey across the Southeast of a tribe of formerly middle class Americans as they struggle to find a place for themselves and their children in a new, dangerous world that still carries the ghostly echoes of their previous lives.

That’s plausible, simply because the vast majority of SHTF events are obvious threats that intelligent people can recognize and head off at the pass. More insidious threats such gradual decrease in humanity’s IQ, the growing world economic deficit, and the steady decline of beauty and aesthetic pleasure in the town you live in are not all up in your grill like a bad Rap video on World Star Hip-Hop. They don’t gross us out. They don’t particularly scare anyone. Then you wake up and notice things just don’t work that well anymore.

This sense of it just not working anymore is an opportunity for proper diagnosis. Amplifying that sense of anomaly can help us awaken the sleepers. When we look for the small cracks in the foundation rather than the approaching tidal wave, we can start seeing where our lives, our society and our nation need to be fixed. All of these problems didn’t just come flying out of Voldemort’s wand. They started small. And like Cassandra of Albion – Enoch Powell, the people who warned us about them were ignored or vilified.

The realization that Doomsday isn’t on the calendar is a start. The next step is to realize that the absence of Doomsday from the calendar doesn’t render any of us immortal or immune. Then, we can put together the clues and start fixing the societal problems that are killing us all one more coffin nail or tonsil polish at a time. This becomes more possible when we rid our thought ecology of Malthusian Doomsday fantasies and remove the Modern Blindfold.