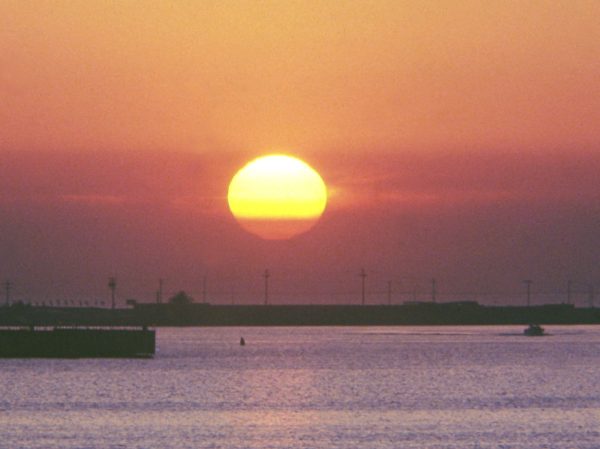 Bruce Charlton writes about a concept from Tolkien, the eucatastrophe. In this configuration, everything seems lost until the end, when a twist brings about not just a positive result, but one better than can have been imagined.

It would seem like nonsense, except that this pattern appears so often in life. Imagine early humans: the species of monkey which could not hunt like the rest, and started to rely on tools, exiled from the group. Instead a great series of civilizations arose.

At the risk of sounding slightly cheerful, let us look at a possible eucatastrophe for humanity:

Defying all expectations, Donald Trump is elected President of the United States. Whatever he does next matters less than the fact that his election has re-shaped a mood from liberalism to common sense realism. The United States ceases its relentless pro-Leftist propaganda worldwide, and starts looking inward.

A ripple effect of right-wing parties take root in Europe and Asia. The electorate, having seen now that any Leftism leads inevitably to something like Communism, want off of the crazy train, and they are willing to gamble on the comeback kids in the far-right. Attitudes shift.

Pitfall: The temptation here is to stop with this, and to assume that our solutions are political in nature and need only one strong step, instead of many small and unique ones guided by a handful of over-riding principles.

Let us leave politics. People have changed. There is a recognition that the last few thousand years have been screwups, death by a thousand cuts at a very gradual pace, and so people are changing how they live. The old values — honor, pride, race, culture, reverence, excellence, cosmicism — are back.

People begin to rediscover God. By the principle of mythic imagination, he does not “exist,” at least until people use their creative minds to see the possibility of his existence, knitting themselves into a pattern of the universe that includes both God and man. Soon His presence is felt again, and doubt disperses.

Simultaneously there is a revolution against the consumer lifestyle. With big picture goals, people no longer need to find false gods in products and salaries. A movement toward smaller cities and towns, more time off and less time at work, takes root. People find their gadgets have no souls.

Across Europe, a low self-confidence perpetrated by two sadistic and fratricidal World Wars begin to lift. People sing “Wir sind wir” on their daily walks through their towns and cities. A great exhalation occurs; relaxation and hope arrives.

Pitfall: When one starts to feel good about oneself, the usual response is to stop striving, but this enters the death-cycle of calcification. That ends the process that provides the sense of well-being.

There is no mass awakening. Instead, the guardians shake off their slumber. Intellectuals — those who think for the sake of thinking — are deposed not by more nerds, but by intensely practical men of infinite faith in existence who want to create the best.

Laws are torn down like unwanted advertisements, bureaucrats and politicians are ejected from jobs, media is bashed back to its rightful place as a servant. The upper fifth of the population by intelligence becomes hard, seeing not trendy grey areas but lines in the sand, and it rejects the parasitic and self-serving.

The far-right trend continues, but these parties now have a different focus. It is like an unstated agreement that the non-indigenous must go, but now they focus on making life better. Instead of many regulations, they create cultural change that rewards more time at home, more reverence, and a zeal for excellence.

As far as the non-indigenous go, the exodus is in full swing. First the benefits were cut off, then the laws against discrimination went. Soon they had no welfare and no jobs, and they were evicted. When they rioted, whole sections of the city were blocked off and fire trucks were not sent in. As they stood in the ashes, they realized they had defeated themselves.

With nothing for them there, the non-indigenous leave. The miscegenated find themselves similarly excluded, and in a huff, proclaim their hatred for the societies that birthed them and depart for happier ground in Africa and Asia. No one blinks an eye. Ancestral traditions return.

The night is again full of spirits.

What amazes everyone is that this revolution has occurred without murder. Former enemies, having seen the writing on the wall, shrug and give up on the ideas that they trusted to animate their lives, but which did not bring them joy. In fact, a focus on joy and reverence as balanced principles has returned to Western European civilization worldwide.

People know now that they will be rewarded for doing not just good, but right. And so, punishing thieves is common, as is resigning from a job if the company pollutes. The mega-cities evaporate as people move to smaller cities and towns. A sense of morality returns, this time as a prerequisite for tolerating someone else.

Among those who read literature and history, a discontent arises. Our gains have been so great — but now what? An interest in ancient history arises, and some even peer back into the dark early ages of humankind to see an entirely different social order, one based on hierarchy and excellence.

A massive exodus occurs out of Europe. Many if not most are discontented with this new order and hate it with all of their hearts. They move to Brazil, Singapore, and Dubai. Somehow life goes on, in fact with fewer glitches and less neurosis than before.

Pitfall: One cannot stop halfway on a path. This is only the beginning. To see it through to its end requires people of a certain understanding, but now they have the foundation for it.

The world has changed. History is dead; it has been replaced by an endless present, where every moment is sacred and none is the center of existence. People live for eternal things and so lose sight of time. In every town, there is silence, broken only when necessary, as people drink up this state of mind like a parched man seeks water.

Men come home to their families and experience ineffable joy. Farmers see the potential of infinity in their fields. Warriors thirst for the clash of armies. People report feeling a sense of place that they cannot articulate. As if they have come home.

Technology resumes advancing. Massive improvements are made in manufacturing and space travel. The night sky opens with potential, both within the soul and out there, in the undiscovered vastness made by the gods. People begin to dream again, to relish life, and to worship nature both red in claw and green in gentleness.

Third world peoples, having returned to their lands of origin, begin to discover what type of society works for them and stop caring about what the rest of the world thinks. The mixed-race begin to be absorbed into these populations, with outside influences vanishing into the more genetically-diverse locals.

The human retreat from cities liberates the land for a new type of arrangement: half of it goes to humans, and the rest is wilderness. People realize that more than having to do this for preservation, they must do it to keep their own dreams alive. Of a wild place, wild gods, and infinite possibility. Television stations shut down in cascades.

When they look back on the recent history of humankind, people now see a nightmare of several thousand years, culminating in the disaster of democracy. If you tell a person from this time that he is “equal,” he will punch you in the face for denying him his uniqueness and role.

Illusions collapse like dominoes. Entropy retreats to the corners of the world. People live with purpose again, and embrace the tragedies and warfare as a necessary part of life that leads to more eucatastrophes. As that is what everyone agrees has happened: it was darkest before dawn, and then the sun broke over the horizon.

It Will End With A Whimper, And Not A Bang | What Is The Root Of Modernity?