Gravity and other laws 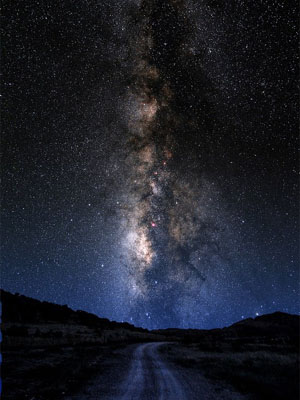 Humans are fond of observing things, and calling what they observe ‘laws’.

This is the big hobby of scientists, whatever scientists are.

Isaac Newton, for example, had a thing for apples. Most people might simply eat them, but not Newton. He preferred to observe them falling from trees, instead, and form wily hypotheses as to why this happened.

“Hmmm. There must be this invisible force at work”, he mused, “that makes things fall to the ground. And so I must now call this invisible force something. But while I ponder what I may call it, I will go inside and eat my Sunday lunch”. Whereupon he sat himself down before his plate of roast beef and potatoes, picked up the gravy-boat, and dropped it all down himself, liberally dousing his waistcoat in gravy. “Damn and Blast!” he exclaimed. And so Gravity was born.

Whether, or not, there actually is a law concerning what has become popularly known as ‘gravity’, lies beyond my ability to decide. Certainly it appears to be so, rather often. But like that old tree falling in the forest tale, where none are present to hear it, does it still remain law-like, when humans have had their day?

I saw a crow, once, the actual crow, my own crow, sitting on a branch, head to wind, poised for a bit of mystery. He stuck his wings out, and adjusted his flight feathers, just so, and suddenly gravity ceased to exist.

A little twist, a slight camber, a hint of incidence, and a sprinkle of angle of attack, and suddenly, without a single flap, he rose from the branch, like a wobbly helicopter, and levitated, effortlessly.

This continued for an unknowable span of time, because when I observe such things, the second-hand on my non-existent watch ceases to move. On and on it went. While I gaped in wonderment.

And finally the bird settled back down on the branch, folded its wings, and thought no more about it. In fact, I venture to remark, that it never thought about it at all, in the first place.

So what happened to the ‘law’ of gravity there? Wings only work when there is a velocity vector. Don’t they? This was magic. Pure and simple. Typical crow-stuff.

There was a reason I started writing this. I know there was. Always, some motivation to write precedes the writing, itself. But now the reason has departed. Like gravity does, sometimes, leaving one able to fly, even without any wings…

Scientists and mathematicians agree, as a group, to ignore certain minor inconsistencies, in order that they can have these comfortable little things called ‘laws’. Physics is dependent upon them, even though everybody knows that these ‘laws’ are not absolute, and that sometimes they simply don’t behave lawfully. They do, however, behave reliably, enough of the time, that it can be conveniently overlooked that sometimes they don’t.

Quantum Physics, however, is becoming the cosmic jokester, as it illustrates, again and again, that any state, and any law, is temporary, at best, and verges, in fact, upon the purely random.

This is an uncomfortable state of affairs for scientists. Many have an intense dislike of randomness. While others – the minority, of course – delight in it. Mystery rocks their boat!

I can relate, man: it rocks mine, too. Is that ‘rocks’, or ‘floats’? Whatever. Randomness creeps in, sometimes, and all I really need to say, in compensation, is: “Do you know what I mean?”

Anyway: some of us are liberals, you see. Uncomfortably many of us are, in fact. And those that are, like to deal in ‘laws’. Things that are always just so, no matter what. This is why such phenomena as ‘God’ must be legislated away, and replaced with science. Because legislation makes us feel that things are just so. And that whatever we legislate is just so. And thereby, control is established. Over everything, all of the time.

It must be nice, to be able to exist in a state where everything is always just reliably so. The sort of state induced by things like anti-depressants, and social-counseling. Rosy it’s-all-just-fine-ness. I can see its appeal. I can also see its absurdity. Which, unfortunately, makes me an outlaw. In the eyes of those who see only ‘laws’.

No. I prefer Reality. That lawless thing that is whatever it is, whenever it is, wherever it is, in any way it is, for as long as it is, and that lies completely, and forever, beyond any sort of control exerted by me, and probably doesn’t even know – or care – that I exist. I know this thing as ‘God’, and it is what I respect, admire, and revere. I try to work always with It in mind, so as not to annoy it, or cause it to overtly notice me.

And if you were able to make any sense of any of that, then you’re a better man than me, Charlie Brown.

Divine wrath | The wisdom of myth