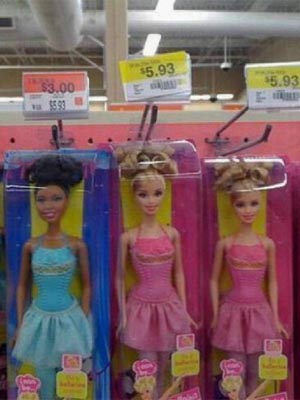 The narrator fumbled in his backpack for the small heavy box. He flung it onto the table in haste, digging among the golden shells for a great handful, which he then began to push into the spring-loaded clip with his thumb, flipping the rounds that faced the wrong way.

Securing the clip in the rifle, the narrator yanked the charging handle and in a single unsteady motion raised the rifle and locked it into his shoulder. His breathing became even. His eyes narrowed slightly. He applied a steadily increasing pressure to the trigger as he lined up the sights on his target.

Thirty feet away, the first of the invaders twitched upward slightly, then slid downward like melting metal. The jacketed bullet punched through the forehead and flipped like an acrobat, churning brain matter to mush before gouting out the back in a mix of blood, bone, brain and lead.

The narrator scooped up bag and bullets, then took off through the winding tunnels under the city. He had another fifteen miles of this open war-zone to cross before he reached his objective, the Tri-City Nuclear Plant. This was where it had all started, and a flu virus mutated into a zombie creating infection.

At the juncture of tunnels something hissed and he dropped it easily with a blast, the shot ringing in his ears as discarded brass jangled down the rough concrete. The narrator kept moving, knowing that a steady pace beat haste any day of the week.

Forty-eight hours earlier (approximately — the ubiquitous clocks of modernity were no longer present or functional in most cases) he had been another pencil-pushing drone, moving crap from one database to another and then summarizing the results in a powerpoint, day in and day out. He hated it.

But wanting something else does not mean you know what you want, and days of thinking “anything but this” had given way to a similar thought when the anything-but turned out to be even more horrifying.

The first casualties had come in from the impoverished belt of tar-paper homes and battered trailers near the river downstream from the nuke plant, and they had stayed in a deathlike sleep long enough to shock their rescuers when they attacked. The infection spread rapidly through the densely packed city.

Panicked residents turned to the government for help, but it fell apart as each person acted in his own best interest. Corrupt politicians fled to military bases high in the mountains. Private citizens raked in the gold selling anti-zombie snake oil and marking up bullets to five hundred times their prior price.

As the fear spread, so did the disease. People stopped doing what they did to keep civilization together, and started fleeing like disorganized fish as the jaws of a shark approached. Roads were clogged with vehicles hauling earthly possessions and charter buses packed with bourgeois flight-takers.

In their fatalistic desperation, people reverted to primitive animal behaviors. They rutted like bonobos and skittered about like chimpanzees, destroying the buildings and machines that could protect them in a blind terror that rendered their higher logic unusable.

Unlike most people, the narrator kept his calm. He knew almost instantly that the game was up; society was too fragile to withstand this. He took out all of his (actually worthless) money, spent it on bullets, and headed out on his own. When he found out the nuclear plant was the origin, he headed for it.

On the way he met only one man. “This is God’s judgment upon us,” said this long-bearded figure. “We have sinned, and have forgotten to worship the one and only, and now he punishes us.”

The narrator had shrugged. “I don’t agree. We did this to ourselves. God is as absent as he always has been, in some eternal peace of contemplation beyond where we can see. We lived like zombies, enraged with a need to consume more, to dominate others with power even in petty day-to-day actions like cutting in line or being snarky in conversation, and driven onward by an obsessive and all-consuming need to be important. Our equality was what defined us: it meant we all did the same stuff, and we all got dragged to the lowest common level. Nature just gave us what we were doing, but in viral form. There is no great equal than a zombie; it does what the rest do, and forgoes all introspection or cause-effect analysis. This is not the end of humanity, but our ultimate evolution to where we were going: an all-consuming hunger and desire for victimhood, revenge and self-importance in all in one.”

“Screw you too, buddy,” said the other and they parted. The narrator bagged his former conversation partner the next day when he saw the beard streaked in blood below vacant eyes and a moaning mouth, with the relentless unsteady gait approaching in insect perserverance.

But it was true, he reflected. With the advent of equality, society gave up on social roles. Instead, people were solely defined by money and social standing. As a result, everyone pursued those to the detriment of everything else, sightless and numb like zombies.

Zombies were trickier than old-fashioned evil, he though. A dictator you could defeat in war and then kill; a bad landlord could be tarred and feathered. You could even vote out bad institutions. But a slow corruption of the people themselves from within was beyond technology or martial power.

Instead of thinking down these dark pathways of contemplation, the narrator trudged onward, shooting zombies in the head wherever he went. Something about the head shot stopped them, as if interrupting false thinking that kept them in the zombie state.

We fell from within, thought the narrator. They always told us there was no evolutionary ladder upward, and no “devolution,” only different directions in evolution. But really, you either became organized and effective, or you became like yeast, a formless mass seething for something it could never have.

“Yeast always reproduce until they consume their own food supply, leaving behind toxic residue,” his science teacher Mrs. Verhoven had said. “Unless they discover new ground, the yeast are doomed.” He shuddered at the memory.

To the narrator, the controversy was now as dead as a zombie with a headshot. Clearly some kind of order existed, but since no one could touch it or feel it, the average brain-dead office serf or television peasant couldn’t perceive it. So science — an industry like any other — made up a simpler idea.

In the new idea, order didn’t exist. It just happened, basically at random, and an infinite number of right choices existed. To the narrator, this was so much hogwash. You either kept the zombies at bay or joined them. It wasn’t good and evil… or right and wrong… but it might be degrees of right or truth.

When he had vegetated in the back of that high school class, thinking about evolving from monkeys, it occurred to him (briefly) that perhaps we could also evolve the other direction and become monkeys again. Were we guaranteed a special place in the universe? Or was it like fighting zombies, something you had to struggle to achieve and keep alive?

As society become more solicitous and facilitative toward the individual, and chanted its new religion of equality all the louder, the people had stopped thinking ahead and toward goals. Instead, they became pure impulse, like monkeys. They ate, rutted, defecated and played without direction, oblivious to life beyond their own desires and fears. Like zombies, they did not formulate plans but just staggered onward in pursuit of things they wanted to consume.

He remembered how gentle and cordial 1970s America slowly mutated into a monkeysphere. There was no longer a sense of goal, or even time, but only a permanent living in the now and thinking of oneself. People lost higher thought. They grew hairier, coarser and crasser. Wisdom declined.

The narrator would never know if humans descending to monkeyness caused them to become so careless with their technology that great vats of Mongolian flu-infected blood mixed with the highly radioactive waste of the nuclear plant.

All he knew, as he sighted on another mindless brain, was that when we gave up the big picture and our hope of finding transcendent meaning in life, we became as directionless and parasitic as the zombies, and so it was no wonder that eventually, we simply turned into them.