You Know A Theory Is Weak When It Requires Censorship 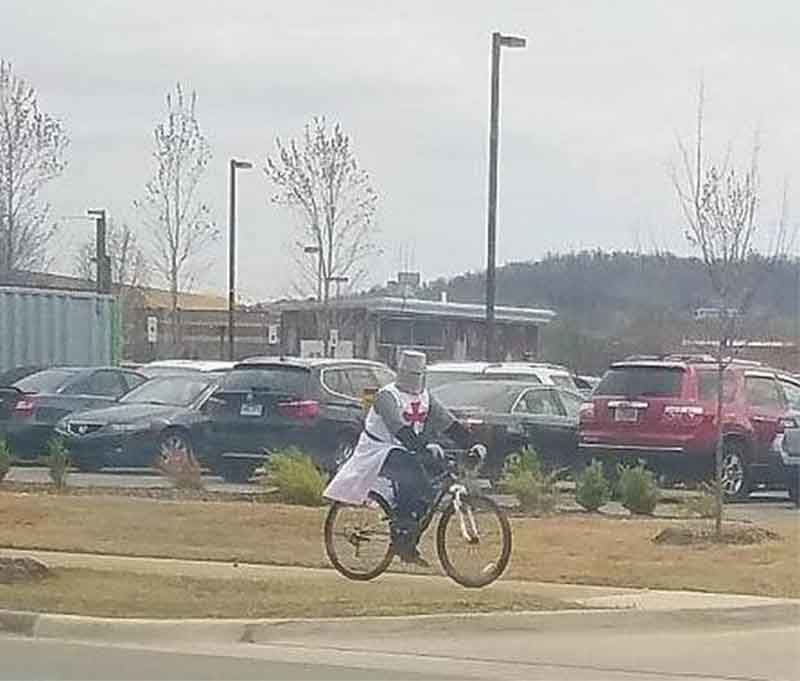 Leftists hate open discussion. Their ideology promises Utopia, so anyone who comes up with a plausible alternative is unintentionally attacking its legitimacy and undermining it. That means that Leftists must control the narrative or they risk showing people that their are options outside of Leftism, which ruins the promise of Leftism.

We are at the end of a fifty-year arc here in the West. In the mid-1960s, drunk on wartime propaganda just as they were with the idea of the “war to end all wars” the last time democracy tried to conquer the world, our ancestors shifted the West hard to the Left in order to avoid being remotely Hitlerian.

In their zeal to be not-Hitler, however, they enacted policies based on telling people that what they wish were true is in fact true. Policies take decades to reveal their actual effects and now, fifty years later, we are seeing Leftist policies — diversity, welfare, tax-and-spend debt, relaxed social standards, sexual liberation — fail across all first world nations. The Left, accustoming to winning on being not-Hitler and not-“racist,” has become retaliatory as a result.

They may not have heeded this ancient knowledge from F.W. “Fred” Nietzsche:

The more you try to be not-Hitler, the more like him you become, or in this case like the model he used for his totalitarian state, namely Communism. The West has chosen “soft totalitarianism” or “decentralized totalitarianism” however, in which citizens enforce obedience to ideological dogma on each other instead of having the State do it.

You can see this anytime someone pushes the Overton Window a little too far: the press raises a hue and cry, there are protests in the street, their employer fires them, their neighbors pull the curtains tight when they pass, then their spouse runs off with the children and they are left, effectively, destitute and homeless.

The Leftists grin. They love a good sacrifice of the scapegoat, and they love even more to destroy anything finer, healthier, wiser, gentler, nobler, or intelligent than themselves. Every beautiful thing that they kill helps them to feel less of their inner ugliness (sometimes, it is not solely inner, and seems paired with obesity and blue hair).

However, starting in the last few years, their vitriol has been losing power. It seems that it was used too frequently and too broadly to be credible, so the Left has tried another tactic: use social media censorship and legal censorship to silence people by threatening them with fines, jail time, and public humiliation.

Most are familiar with the example of Leftist Count Dankula, who thought it would be funny to teach his pug to salute like a Nazi, and for his efforts became a criminal for life under ludicrous “hate crime” laws applied to speech:

A YouTuber who trained his girlfriend’s dog to perform Nazi salutes has been fined Â£800 for being grossly offensive.

Mark Meechan, who blogs under the name Count Dankula, was previously found guilty under the Communications Act over the video.

Meechan will suffer from this for the rest of his life since he will be branded a criminal, and for something so ludicrous that even explaining it verges on the surreal. However, this trial shows a tactic shift by the Left: they are no longer afraid of bad optics because they have a fanatical audience that supports their extremity.

This trial will further divide the UK. There are people who think it is OK, and people who see that it is an exercise in enforcing political compliance. The former group are being encouraged to fight “fascism” by intensifying the censorship, which goes stronger with each court case.

The Left, by taking this to ludicrous levels, hopes to simply make certain topics impossible to discuss in public. They hope to curb the growth of the Right this way. This will backfire, because they are instead making people back away from the Left, which is losing them the voters in the middle.

This leaves a hardcore cadre of Leftists who are increasingly being seen as “the Regime” — of soft or decentralized totalitarianism fame — by normal people who simply want to have social stability, but see this censorship as being an awkward and contradictory way to go about it. It can only fan the flames.

Witness the absurdity of giving criminal records to teenagers for posting rap lyrics despite the fact the music is sold in stores around the country:

A teenager who posted rap lyrics which included racist language on Instagram has been found guilty of sending a grossly offensive message.

Chelsea Russell, 19, from Liverpool posted the lyric from Snap Dogg’s I’m Trippin’ to pay tribute to a boy who died in a road crash, a court heard.

Prosecutors said her sentence was increased from a fine to a community order “as it was a hate crime”.

She will get to explain her hate crime conviction for the rest of her life, and be judged on both her actions and her musical taste. Maybe we should take a look at the scintillating lyrical poetry of the song in question, which is both obscene and incomprehensible but uses a certain trigger word.

This seems paradoxical because the Left appears to be cracking down on their own audience. However, they are establishing a bigger principle here: good people simply avoid all of these related topics in public, and so while they are busting kids for rap lyrics today, they will apply the same standard to “It’s OK To Be White” posters.

Under the guise of fairness, these laws are being used against people of all races to force these discussions back into the closet. This totalitarian approach delights politicians because it seems to keep order and suppresses dissent, but in turn, it is legitimizing criticism of diversity policy by making it taboo.

The insanity has even spread to South Africa, where racial language has itself become taboo to the point that minorities are even facing legal repercussions for using it:

Two prominent businessmen will go head to head on Monday in the Randburg Magistrateâ€™s Court in what is expected to result in a landmark ruling on racism between two black men.

Recently appointed CEO of Investec, Fani Titi, brought a case of crimen injuria against a former business associate, Peter-Paul Ngwenya, who allegedly called him the k-word.

…The case follows the widely reported case of Vicki Momberg, who was recently sent to prison for three years after she was found guilty of racism.

The message being sent is clear: anything that threatens the status quo by invoking the specter of criticism of diversity must be obliterated. Those who engage in it will be punished. This way, both legitimate criticism and racial hatred can be swept under the rug and normal people scared away from anything related to the topic.

We see governments doing this, but governments are composed of people, and if those people are Leftists, they act out their agenda just as they do in private business. They attempt to scare people away from taking certain stances, or even failing to endorse Leftism enthusiastically enough, which creates a code of silence.

In that silence, Leftists can claim that the system is doing well, which they need to do because right now they are in power, but they are facing their first serious opposition in fifty years from a renewed, culturally-empowered Right, and they want to nip this in the bud before their racket goes down in flames.

Let us look at another hate crime, reminding ourselves that Leftists tell us that we have equality under the law. In this case, a woman beat a disabled man while livestreaming the violence and has received a slap on the wrist, relatively speaking:

A Chicago woman involved in a beating of a mentally disabled teen that was shown on Facebook Live has been sentenced to three years in prison.

…Sheâ€™s the second of four co-defendants to plead guilty in the case that received national attention because it involved a white victim and four black people who taunted him with profanities against white people.

If the races were reversed, does anyone think that three years would be the penalty for a violent hate crime? They would be lucky to get out in under twenty-five. The Left is sending a message here, too: the rules only apply to one ethnic group, and everyone else gets off with what they would have had without the hate crime charges.

We are seeing this now because the Left is at a crossroads. The policies they fought for in the 1930s and 1960s are fully in play, and results are bad to the point that a massive revolt is underway, starting with the Trump/Farage insurrections. The Left knows it has only a few years to terrify the middle classes into submission.

When the Left was starting out, they played the underdog and claimed they only wanted tolerance and free speech. Now that they have power, they have something to lose because their ideas do not work out as claimed, and since those ideas are the basis of their power, noticing of any facts related to that failure must be quashed.

They fear the coming of civil war not because they think they will be defeated, but because their opposition does not intend to defeat them, only break away. As we discussed above, anyone living a successful life outside of Leftism is a refutation of its messianic and Utopian claims, and therefore, a debunking of Leftist theory itself.

The theory must prevail.

In the meantime, the seeds of inevitable conflict are planted, which is why Leftists are cracking down in such a mindless and rigid way. Civil war is upon us because Leftism has divided the West:

For one thing, Macron is right — a European civil war may well be looming, but not for the reasons Macron and Politico seem to think. It is not nationalism that threatens to breach the peace, but the very kind of multicultural Leftism that Macron represents that is inciting the civil strife we are witnessing from Sweden to Britain to France, to Italy and Greece. The migrant hordes from the Third World, many of them Muslims openly hostile to the West by indoctrination and inclination, are still flooding northward — not to become “Europeans,” but to take advantage of the European welfare states and guilty consciences. Trouble, and lots of it, can be the only result, and the longer Europe denies it, the worse it will be. After all, how prescient does Enoch Powell’s 1968 “Rivers of Blood” speech look now?

For the historically-minded, it never was nationalism that caused the world wars; it was the Leftist reaction to it, which they disguised as “fighting for democracy” when in fact we were fighting for the Leftist virus that had taken hold of our intellectuals and, through them, our institutions.

The world wars followed the pattern of the Napoleonic Wars. When Leftism triumphed in France, it birthed a new and dysfunctional republic that soon could not hold itself together. As tyrants since the dawn of time had known, nothing would work quite as well as a war.

That spurred the French to attack the remaining monarchies of Europe in order to spread the good news of the same democracy that was failing in France. As liberal democracy, which has turned socialist through the crisis of diversity, begins to fail, expect more crackdowns leading up to the inevitable violence.