Yet Another Democracy Failure In Greece 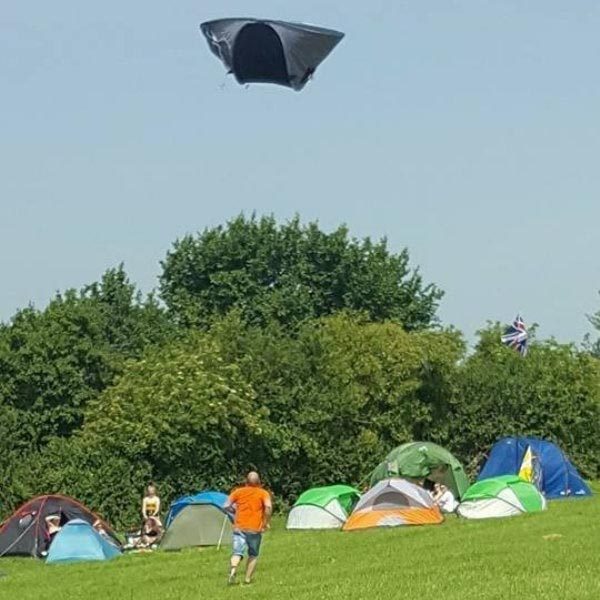 I’ll drop a secret regarding the current ANTIFA government pissing away the great European Nation known as Greece. They won’t be challenging Aristotle effectively in next year’s Genius World Cup.

Two years after an international bailout that was supposed to lead to an economic revival, conditions here have only worsened and life for Greeks has become one of constant misery. The economy is stagnant, unemployment hovers around 25% and is twice as high for young adults, taxes are rising, and wages are falling. Half of Greek homeowners canâ€™t make their mortgage payments and another quarter canâ€™t afford their property taxes, according to the Bank of Greece.

So Greece is pretty much looking like a nation that went from The Cradle of Democracy to its pathetic abortion grave. After starting out as a nice, civilized, bureaucratic way to make non-conformists like Socrates drink the hemlock, Grecian democracy has upped its game. It has now spent the last two years serving its surviving population the economic equivalent of Jonestown Coolaid just to make sure they get every last bug.

Yet, Prime Minister Alexis Tsipras and his left-wing Syriza Party ignored the referendum results and signed a third bailout deal that would provide nearly $100 billion in loans the country desperately needed to avoid collapse. Tsipras, whose party gained power on a pledge to resist further austerity requirements, reversed itself and adopted more budget and pension cuts. In June, he negotiated the latest payment of $9.7 billion.

You see Greece elected a formal and doctrinaire communist who has thus far demonstrated a capacity for leadership almost, but not quite as bountiful as a North Korean rice harvest. He could just about accidentally Holodomor a significant swath of his population. You probably wouldn’t like him if he were ever competent and professional enough to be deliberately malicious. Tsipras famously ran for office on three platforms.

1) He wasn’t The Golden Dawn Party.

3) He’d never knuckle under to Germany because the Nazis stole Greece’s gold and the Greeks still hadn’t received reparations.

There’s an old joke about a tourist who goes to Paris and asks about all the nice trees along the Champs Elysees. The natives explain that they are there as a service. They were planted so that German armies could march in the shade. A simple bumpkin could be forgiven for believing something similar with regards to the streets of Athens after Tsipras folded to Angela Merkel’s pet European Union and paid up his Danegeld like a nice little Marxian Poodle. German armies don’t march these days. Their financiers simply launch a blitzkrieg of foreclosures and credit downgrades.

But then again, Charles Darwin could only approve of how utterly the Greeks allowed themselves to be pwned without the firing of a single shot. We can cry about how rough it is to be cocaine addict and how we should all have sympathy. However, nobody stuck a gun to the dumb sonnovavitch’s head and made him buy the Bolivian Marching Powder. The Greeks believed they were actually getting money for free by discontinuing their national currency and adopting the Euro. They also may as well send a serious response to those Nigerian Prince emails that show up in the Spam Folder every other day. Those who believe in sodomizing the weak apparently need to pack their bags and go tour The Parthenon. The Greek People actually chose Alex Tsipras to represent their interests. I run very low on pity.

This is a hidden positive externality of the Democratic process. Just keep your passport handy. When a population freely chooses a man of Alex Tsipras’ philosophical beliefs, you know that you live among a den of thieves. When Alex Tsipras is The Prudent Man’s best choice out of a radioactively defective litter of candidates, you are a man amongst the ruins. Your nation is done — well past Medium Rare. Greece will get it’s Hitler. They deserve him just for being themselves. The only positive here is that he’ll be a Greek Hitler and not quite figure out how to get the trains to the death camps. Maybe he’ll watch The Great Dictator starring Charlie Chaplin rather than reading Mein Kampf. It’s about the only chance the Greeks have of staying out of Hell aside from a real-world German military intervention. It could be Repo Man on steroids.

Now all of this mockery is terrible. There’s another country I could also mention that has similar ongoing death of it’s worthwhile human beings.

According to a report that was produced by researchers at Harvard University, the number of Americans that spend more than 30 percent of their incomes on housing has more than doubled. In 2001, nearly 16 million Americans couldnâ€™t afford the homes that they were currently living in, but by 2015 that figure had jumped to 38 million.

Cucks will whinge that the system is rigged. Like it fell out of the sky that way as Lucifer’s Hammer. Since nobody does whinging Cuck Twathurt with the elan of David Brooks, here we sample the fine whine.

Itâ€™s when we turn to the next task â€” excluding other peopleâ€™s children from the same opportunities â€” that things become morally dicey. Richard Reeves of the Brookings Institution recently published a book called â€œDream Hoardersâ€ detailing some of the structural ways the well educated rig the system. The most important is residential zoning restrictions. Well-educated people tend to live in places like Portland, New York and San Francisco that have housing and construction rules that keep the poor and less educated away from places with good schools and good job opportunities. These rules have a devastating effect on economic growth nationwide. Research by economists Chang-Tai Hsieh and Enrico Moretti suggests that zoning restrictions in the nationâ€™s 220 top metro areas lowered aggregate U.S. growth by more than 50 percent from 1964 to 2009. The restrictions also have a crucial role in widening inequality.

Find me a sentence that Alex Tsipras wouldn’t nod along with in ideological synonymity. That’s your “conservative” New York Times columnist. The lefties couldn’t be reached. They were out back building a guillotine out of Legos and Lincoln Logs. Our elite smart guys would take us exactly where the Greek versions of Bernie, Hillary and Cherokee Liz have taken the miserable, suffering, bankrupt Athenians. The American People were still uncucked enough to offer the timerous and tenuous resistance of electing Donald Trump.

So now we have Trump instead, who tells people to punch counterprotesters instead of picking up their trash. When politeness and orderliness are met with contempt and betrayal, do not be surprised if the response is something less polite, and less orderly. Brooks closes his Trump column with Psalm 73, but a more appropriate verse is Hosea 8:7 “For they have sown the wind, and they shall reap the whirlwind.â€ Trumpâ€™s ascendance is a symptom of a colossal failure among Americaâ€™s political leaders, of which Brooksâ€™ mean-spirited insularity is only a tiny part. God help us all.

So maybe God will help us. If he does, it will be for the nonce. The long-term trend will not travel on an upward monotonic azimuth. There’s a slow train coming and it’s not going to take the US of A to a very happy place. Our nation’s electorate has started voting itself free beer. That only ends in tears. It only ends like Greece. It ultimately only ends the way it did in Weimar Germany. A democracy becomes a contest of who/whom, and then it is doomed to dissolve into modern terror, inevitably some form of creeping socialist terror worthy of a Lovecraft novel.