Would you pay extra for a quiet neighborhood?

I spent the weekend with a friend who lives in a hipper, up-and-coming neighborhood.

It was an eye-opening experience.

While we were chilling out on Friday night, about 7 pm, an invisible signal went out from inconsiderate person high command: it is time to blast your loud music.

The music of choice seemed divided between hip-hop that thumps and some kind of hip-hop/heavy metal crossover that wails and then thumps. 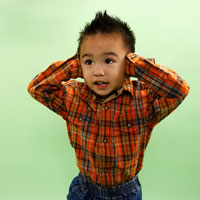 The blasting continued until about 2 am, intermittently interrupted as people drove their cars in and out of the neighborhood, although sometimes they posted themselves somewhere to do their thumping.

It wasn’t the worst experience, but I don’t know if I’d want to live with the constant noise especially since it’s unnecessary noise. You can hear the music fine at lower volumes, even pretty high volumes. These volumes were designed to broadcast the music like an identity, and subject other people to it.

I’ve been asking people all week: would you bypass fear of censorship to live in a quiet neighborhood? Meaning: would you voluntarily pay extra to live in a neighborhood that banned and enforced loud music with thumping bass, even if that infringed on someone else’s “freedom”?