Within The Jewish People, A Struggle Against Leftism 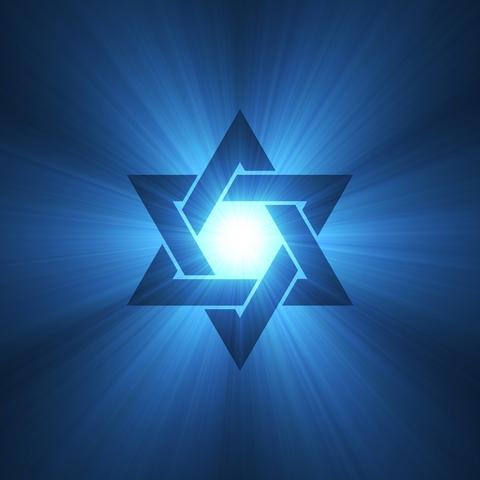 While many focus on Judaism as the source of the decline of the West, this avoids blame for diversity itself and its parent philosophy, egalitarianism.

The surprisingly complex argument behind this is as follows: when multiple groups coexist, they compete for the different parts of identity — including self-determination, language, customs, values, habits, cuisine and the type of social order desired — and so it does not matter which specific groups are part of the diversity, only that diversity exists.

Diversity itself, in other words, is the problem. Not black people, not white people, or any other groups. Wherever groups are mixed in the same nation, the same problems arise, no matter how high average IQ or well-behaved the groups are. Values clash, and every ethnic group becomes an unintentional special interest group, pulling that society in different directions.

With this in mind, we should consider how problems that arise from Judaism are not due to Judaism itself or the Jewish people, but the fact that the diaspora put Jewish people among other groups, and then standards collided.

Imagine if the West imported 2% of its population from Japan. This group, familiar with each other, would be nepotistic; their Shinto values would clash with our transcendental ones; their presence in our neighborhoods would introduce confusion about how to behave, causing the same withdrawal. This would lead to them blaming us for racism, and us blaming them for not integrating, and lead to the same ethnic tensions we see with other groups, although using different methods because of their unique national character versus that of other groups.

These topics are only beginning to enter mainstream Jewish life through the Zionist right. Zionism — a form of nationalism for the Jewish people, invented by Theodor Herzl — has long had a Right-wing voices through Kahanism, but for the most part, Jewish people follow the beliefs they see as appropriate for their social class in a cosmopolitan setting, which tend toward the liberal.

However, new voices on the Jewish Right are opening up a dialogue on the nature of Leftism, Judaism and avoiding the pitfalls of diversity, including how to survive to mutual benefit with European populations. Joshua Seidel at The Jewish Right offers a convincing argument that Jews should withdraw from The Left:

It’s true that Jews should look with concern at the anti-Semitic parts of the alt right. No argument there. Do you really think, however, that the openly racist, sexist, and bigoted rhetoric of the left is somehow “better”? Is it better because they attack White people instead of Jewish people? Many on the left see Jews as White, so their attacks on Whites are also attacks on us. Is it really a Jewish historical value to attack the founding groups of the nations we live in, and their values? Like many Jews, Benjamin can’t see past Nazi Germany and the idea that Jews were persecuted simply for being another race or religion. Persecution of Jews, however, was often seen as an attack upon a privileged group allied with the nobility, which Jews in the Middle Ages in Western Europe typically were.

Sound familiar? The left’s rhetoric of hatred towards anyone seen as White, western, privileged, etc, will inevitably target Jews, and there’s as much a rich history of persecution from this angle as from a nationalist or religiously exclusive one. This is a tough fact for many Jews to swallow, but one we need to confront nonetheless.

Another question: how can Jews on the political Left effectively support Israel? The left’s race obsession, as I pointed out, puts Ashkenazi Jews into the “White” camp. Strong border security, a strong military, a cohesive society; all necessary for Israel’s survival, all seen as contemptible aspects of “White Supremacy.” How can a Jewish person on the political left argue for a “Jewish State” when the very concept is “racist”?

His point is a good one: if race is demonized by the Left, so are distinct races like Jews. Even more, we know that Leftism kills off nations, and it will do it to the fallen West alongside the reborn Israel.

Amplifying on that, Ari Ben Canaan argues for Jews to accept their unique racial identity instead of being anti-white or considering themselves white:

For such a Jew, inasmuch as they consider themselves to be White, attains to the privileged position of being able to, just as Brodkin does, decry Whiteness and slander White identity not as a hostile outsider but as an apparently repentant insider. Because Brodkin considers herself White, she must surely feel no compunction in admitting that her Whiteness is something hateful, bigoted and shameful. In other words, Brodkin’s self-identification as White allows her to make attacks on White people and their identity; whether or not these attacks are warranted by historical systems of power and oppression and present-day instutions of privilege is not germane to the issue: what is relevant is that Brodkin takes herself, as a White person, to be in a position to attack other White people.

But unlike the great majority of those White people in attacking whom Brodkin takes herself to be justifed, Brodkin is not truly attacking herself. For Brodkin has a competing identity behind which she can retreat in the face of her own invective: namely, Brodkin identifies also as a Jew. Brodkin’s own fears about anti-Semitism are evidence that she does not see herself as responsible for any history of power, privilege, and oppression, but rather as a precarious minority in the midst of a potentially hostile majority â€“ a minority sometimes accepted as equals, but always separate and in danger of oppression. As such, Brodkin herself does not bear the personal weight of her attacks against White identity, and whatever justification those attacks might have obtained in virtue of her supposed Whiteness is merely disingenuous illusion.

His point is well-taken: Jewish criticism of white society plays both sides, pretending to both be white and to be a “special kind of white,” when the reality is that Jews are a population formed of European and Asiatic elements. This gives them an identity of their own, in addition to a unique culture and religion.

With this, he has sabotaged the traditional attitude by white Leftists, which is that Jews should encourage Leftism in order to destroy national cultures, so that another Holocaust does not occur. Not only was this self-serving advice by the Leftist establishment, most of whom are not Jewish, but it has also served Jewish people poorly by making them a target as the world turns Right.

Even more than this, however, it seems a shift in Jewish identity is occurring. The Holocaust is long ago; Israel is thriving as its Arab neighbors self-destruct. The same moral questions that dogged medieval Christianity and before that the Greeks have appeared again in some of the more challenging Jewish Right thinking, such as this stunning piece from Utter Contempt:

I am today working a corporate sales job trying to be a good guy and pay my bills. But that lashed-out resentful kid is inside of me with all those violent impulses, and in a way he’s truer to who we are, more psychologically hygienic for all his so-called maladjustment. The world is war, physical war. Money’s not real, your stomach is. We forget that, we like others to slaughter the meat for us. And as a salesman, marketer, manager, executive, PR hack, entertainer or public face of any kind, an academic, a “journalist”, a whatever-you-fancy-yourself, you’re always a charlatan, every word you utter is smoke, because your end-goal is always to bedazzle someone and get inside their pocket. You can be as transparent, as forthright, as helpful as you want. It’s just a tactic. The other guy’s interests are a means. And it can never be finally acknowledged. It’s so standard (i.e., pervasive), yet so slimy. And those impulses I gave reign to as a youth now sit like stone guests, restrained yet blocking my every effort to sublimate the fundamental guile of this most accepted protocol for making a living into the neat little rationales that make it effective.

Jewish identity has evolved beyond the victim complexes of the diaspora and the Holocaust, and now is looking forward not to survival in the shadow of Rome, but to a new future where Jewish people can write their own course. With that, the relevance of the victim narrative of Leftism — if everyone is not equal, someone is victimizing us — is fading, opening new venues for discovery.