by Jonathan Peter Wilkinson on September 24, 2020 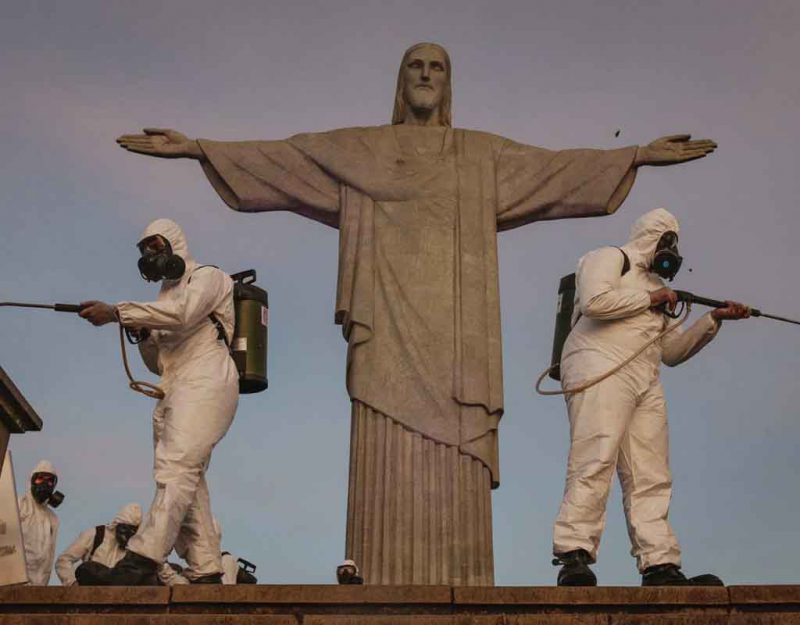 Liars can prove to be dangerous, evil, subversive, sneaky and perhaps even demnic in nature. Then, when they screw up and accidentally provide a glance of truth, the liar is utterly undone by their own incompetence.

Wikipedia has long published lies by leaving out vital parts of the truth, but its recent attempt to control the narrative failed to legitimize the intended Covid panic. Steve Sailer gave us the amusing details.

Below are the 167 more or less American deaths. The table is organized by country of death, so I’m counting everybody who died in the U.S, plus a small number of people whose place of death was not recorded but who are described as Americans. There are a handful of Americans who died abroad whom I am not including because it would have been more work than it was worth.

The lists include live links to the Wikipedia page of the dead person and the Ref. column takes you to a footnote linking you to a news account of the death. So you can read up on the individuals, perhaps find a picture, see what they’ve been doing lately, and do your own analyses.

If you aren’t American, I encourage you to do your own analysis for the country you know best. Among these 167 deaths, the mean age of death was 78.6 and the median age was 83.0.

This Wikipedia list was suppossed to ba shrine. Look at what Amerika lost! The shrine does inspire some sadness. It’s not really fair when a disease kills you. It’s also not really fair when you get killed by drunk-drivers or tornado strikes. We’re nopt getting out of life alive.

But the implicit lie that Covid-19 is a uniquely unfair and ongoing tragedy is even more thoroughly undone if you examine the list. In this case, the residue of bull manure is data. There are 167 points thereof. As Sailer points out above, data that ets loose in public totally debunks the Covid-19 scare routines. Because of this, I’ve decided to take this data smack Dickapedia over its disinguous head the way Antifa Bros do with their skateboards.

Wikipedia not only gives us names and lifestories. They also provided the age of each deceased individual and the date of their demise. This allows us all to commit some statistical analysis. Here’s a relative frequency histogram of the proportions of the listed deceased individuals. 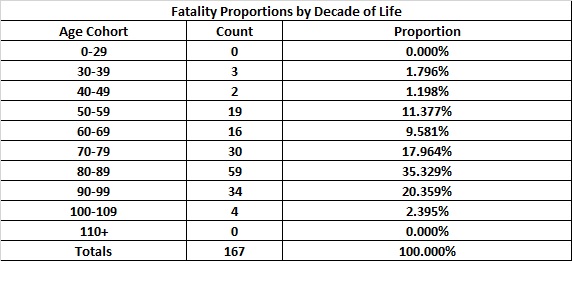 We see that abut 15% of the deaths are before age 50. 21% of the fatalities struck people in their 50’s or 60’s. So almost two-thirds of the Covid-19 victims had already received their biblically-alloted three-score and ten. The modal age cohort is 80-89. This is shown in the graph of the age histogram below.

The date of death is an even more significant steak through the heart of Covid-19 Panic Vampire. The chart representation of the histogram shows us that 70% of the fatalities struck between March and May of 2020. 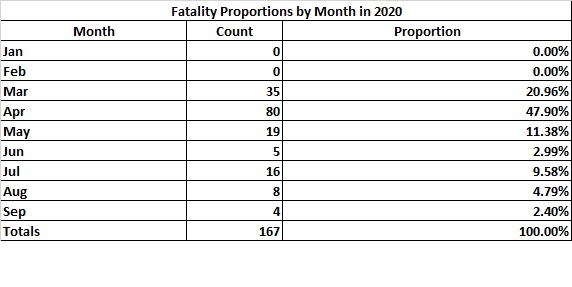 SO to wrap this up, Wikipedia wants to make us cry for all the famous people that Wuhan Wipeout has deleted. Instead, they unintentionally tell anyone of discernment two things. Most of the people killed died later in life the way most lucky people are. ALso, most of those who died, died very early on. The typical epidemic distribution is bimodal with a long, faint tail. Someone will still occasionally die from Covid, but the major culling is already harvested and in the barn.

Disease are a tragic but necessary part of human life. We don’t get to live forever. The planet is not capable of such an endeavor. Lifespans vary and are arbitrary in their variation. Covid-19 is a cause for sadness and maybe some reasonable common sense. It’s neither a Greek Tragedy nor the end of the world. That’s what Wikipedia just told us; however, that’s not what they were intending to say.

Osiris Akkebala on Assimilation versus Separation | Blood Will Out (#6)