The Metapolitical War of Memory and Remembrance 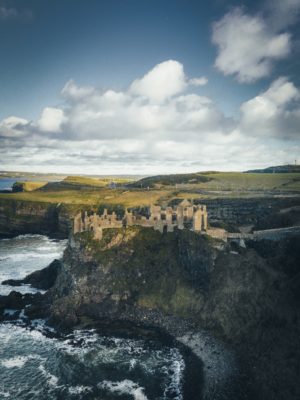 Harper Leeâ€™s Pulitzer Prize winning and wildly overrated novel To Kill a Mockingbird is one of the most banned or challenged books in American history. The usual reasons have evolved over the years from â€œnot reflecting the values of the communityâ€ to â€œvulgarâ€ to language especially the use of the word â€œnigger.â€ However, many of those recently whoâ€™ve been moved to ban Mockingbird seem to have missed the point of the novel: when a white woman accuses a black man of rape, she is probably lying. And a black man in America cannot get a fair trial by a jury of his peers, as the whites in his town do not see him as their equal. The pro-black pro-equality premise is often lost on those rage-blind zealots on the left who have indulged their censorious impulse in recent years, especially as in the case of another classic, The Adventures of Huckleberry Finn.

Many parents have bought into the notion that being exposed to a word or idea will cause a drift in malleable young minds towards the unacceptable intentions behind the idea. As a result, they do not want their child exposed to the word â€œnigger.â€ Apparently, they believe itâ€™s still 1995, and their child has never been on the internet before.

But with the rush to remove Confederate monuments last year the move to ban books ostensibly about the civil rights struggle should be reconsidered. Maybe the reason these books are controversial to some isnâ€™t because of objectionable language (parents have to know their precious Tayden has heard a lot worse than â€œniggerâ€ by age ten), but rather because of the meta-narrative of the novel.

Harper Lee was a white woman from Monroeville, Alabama. Itâ€™s well known that Lee modeled the town and some of the people on her own hometown and included a thinly veiled portrait of her childhood friend Truman Capote as Dill. But growing up in the American south she could not help but be exposed to stories of black men being lynched or tried by white juries. In Charles Shieldâ€™s Mockingbird: A Portrait of Harper Lee the author makes reference to a 1919 trial of two black men in Monroeville who were tried and hanged; Lee’s father was their attorney. And though the event took place seven years before Lee was born, the zeitgeist of the time certainly played into her views.

But this isnâ€™t about the historicity of the novel. This is about the novelist herself. Lee was a white woman from â€œprivilegeâ€ who wrote the most influential novel of the civil rights era. She defined the civil rights period with a book that dramatized the stories heard by northern whites about the lynching of blacks. In 1908 the NAACP was created by two white northerners, Mary White Ovington and Moorfield Storey, along with black writer W.E.B. DuBois. But letâ€™s not forget they were assisted by socialist and journalist William English Wailing and (((Henry Moskowitz))).

Now, letâ€™s ask why Mockingbird and Huckleberry Finn, both of which are pro-black books, are often banned while others that deal with racial issues such as Alice Walkerâ€™s The Color Purple or Toni Morrisonâ€™s Beloved have been banned less frequently and for often different reasons. Letâ€™s look at a few of these â€œclassicsâ€ (the link to the American Library Associationâ€™s list of frequently challenged or banned books is above).

But Mockingbird was usually challenged on different grounds. It was almost always challenged for the use of the word â€œniggerâ€ or as one school board member said, the book does “psychological damage to the positive integration process” and “representsÂ institutionalized racism under the guise of good literature.”

Books written by black authors dealing with the black experience in the US were most commonly banned for sexually explicit content. Lee (and Twain) were banned because of their use of a word in common use at the time of the creation of both novels, a word without which the authenticity of the novel would be compromised, and the â€œharmâ€ it could do to the black community and the integration process.

These censors are idiots. And not just for censoring books, but for what should be seen in the wake of the takedown of Confederate (i.e. white) monuments last year as an attack on the white role in the civil rights era. Part of American white identity is that of a people who overcame their own â€œsystemic and institutionalized racismâ€ to help black Americans achieve equal rights and treatment under the law.

Novels by whites, portraying whites in a positive light, are now, and will be in the future, subject to censure (erasure, Damnatio memoriae) from the public memory of America. This can be, and must be, understood as a concerted effort to not only re-imagine the history of America as a pluralistic history based upon values. This rewriting of history can be seen in the work of Daniel J. Boorstin and the Consensus Historians as well as their forerunners, Charles Beard who saw American history as a class struggle, and Frederick Jackson Turner who saw Americans as defined by the frontier not as a geographic extension of Europe as George Bancroft, the German-trained historian of early America, did.

If America is a nation of values, then those values can be not changed in denotation but in connotation. Values hold value only in so far as they can be derived from the same story. And we will begin a slow march away from the Anglo-American values of the founders, to the neo-American values of Twenty-first Century Americans. Honor is not honor with the connotation of noblesse oblige, but with the connotation of tribal vengeance. Honor then will give rise to petty disputes between those for whom honor is the transliteration of a word, and therefore idea, that does not exist in their history or heritage. In this way, honor becomes revenge, and America becomes a killing field.

And what of American freedom? If freedom means anything it means love, as expressed in the etymological Anglo-Germanic goddess Frigg from whom the word freedom is derived. Without the people the culture and the values will cease to exist. After all, what use besides a historical curiosity, do Somalians, Guatemalans, and Laotians have for the ancient gods of Europe?

The removal of statues, art or ars meaning work in Latin, is public amnesia towards the people and culture that created the modern world. We might call promoters of this pathology as epimethians, after Epimetheus, the brother of Prometheus in Greek mythology.

In the modern and dying West, the epimethian is bent on removing history from history as fact stands in the way of Narrative. The Narrative is what replaces our stories: a simplistic notion of humanity as a linear progress from primitive origins to a Utopian future of equality, and for it to seem plausible, all engagements more complicated than the individual must be abolished and replaced with uniform plastic zombie-robots chanting egalitarian dogma.

This shows us that for our civilization to survive, the epimethian must be rebuked at every turn. His one value: that the values of the Current Year out to be the basis not only for the judgement of the past but for its inclusion in the Narrative, must be rejected and fought with all that we have. As was said in the Primacy of Story, history is identity. The removal of part of white history, even white history as advocate of social justice, is â€œproblematicâ€ for the epimethian. For if whites can be just, than it follows that whites have an agency non-whites do not have. That is, they have the tautological truth that equality is a lie. For if all men were created equal, then all men would be able to equally control their lives to such a degree that we would all advance equally.

To the epimethian equality is their god, and the inconvenient truth that all are born different (though not of different inherent value), is as anathema as the European who embodies this truth. Like his history, such a European must be destroyed so that the epimethians can exist in their perpetual present tense, oblivious to past or future, thinking only of themselves.

Europeans Have Existed For Longer Than Previously Thought | Can We Admit That Wikipedia Is The Enemy Yet?