Why the usual suspects are going after anti-vaxxers 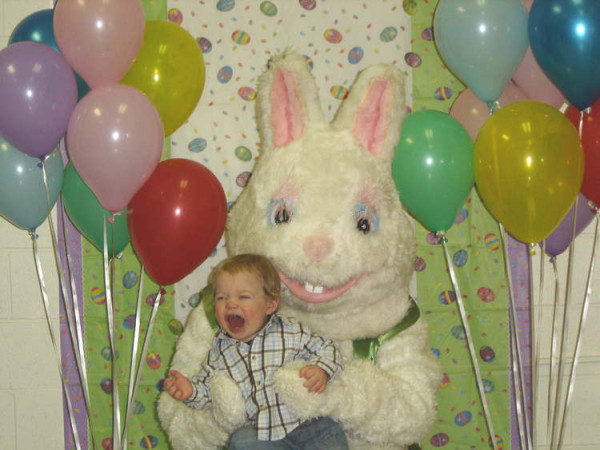 You may have noticed that comedy acts, newspapers, talk shows, magazines and internet pundits have all been talking about anti-vaxxers a lot lately, even before the measles outbreak in California. If you wonder why, backtrack to last year.

A number of issues arose in which religious people said NO to progressive policies. Hobby Lobby objected to paying for healthcare that included abortion, bakery owners did not want to make cakes for homosexuals, and some claimed religious exemptions to medical care in general. In every case, a progressive idea was thwarted by individuals retaining the ability to reject it on the basis of religion. This became particularly problematic when the Left, endlessly searching for a new disenfranchised group to use to argue for more equality and more subsidized rights, seized upon LGBTBBQ and the gay marriage issue. The fear was that — as did happen — clerks would refuse to perform gay marriages on the basis of their own religion, much as they have refused to sell birth control and morning after pills (and, which the Left forgets, support slavery, go to wars and look the other way during pogroms).

Religious exemption is a thorny issue because Americans have traditionally defended it. This means that people can opt-out of crazy Leftist policies which means in turn that greater numbers of them will find religion and do so, because to anyone with a functional brain these policies seem insane when examined closely. The left thus must find a smoking gun issue — like dead black kids after a KKK bombing, skinny Jewish corpses in a concentration camp, slavery in the South, or starving peasants in Russia and France — to cry out “THINK OF THE CHILDREN!” or equivalent and declare jihad so that they may eliminate this loophole. They have seized on the anti-vaxxers who, against not just modern medicine and modern science but the experience of two generations ago with epidemics, believe vaccines cause autism and thus must be avoided. Most anti-vaxxers are left-wing but Leftists often choose to sacrifice a few for the good of the party, like Comrade Stalin’s missing 20 million good Russians.

For those reasons, you’re going to hear a lot more about how terrible it is that people can deny science and opt out of vaccines. That will expand, in the painstaking way of both the stupefactively idiotic and the left alike, to a detailed discussion of how terrible it is that people use religious exemptions to deny science. Do you get it? The next step will be to eliminate religious exemptions, in the name of civil rights which is the blank check that has kept Leftists in power in the West since 1945, entirely. That way every baker must bake a cake for whoever comes into the shop, whether transgender, gay or radical Muslim, of course (“more icing on the suicide belt please, and ‘Happy Birthday Muhammad’ in green”). That way no one can say NO to progressive policies.

Expect more of this in the West. The right works by finding a goal and arguing toward it; the Left finds a group to be pitied and creates a law in the name of those people, using them as an excuse. Trust none of this. It is mere machination for the ultimate goal, which is totalitarian power, at which point Leftist ideas can be implemented and those who think Leftism is intelligent — a dubious crew — can rest assured that they like Fidel Castro, Joseph Stalin, Hugo Chavez and Napoleon Bonaparte will have permanent power. That is the real goal. But they will use every backdoor stepping-stone they can find to get there.