Why the left is obsessed with race 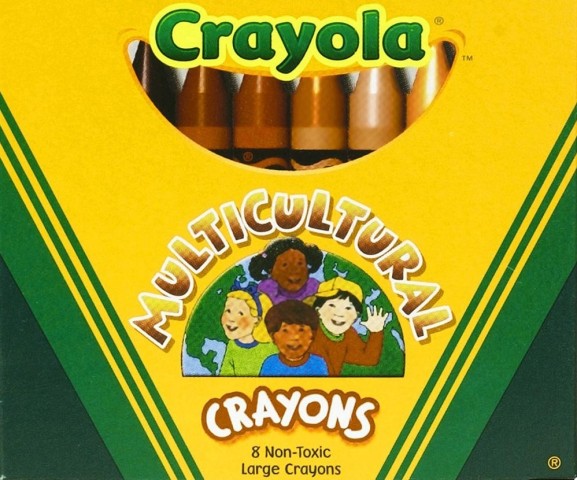 For years they kept it under wraps by accusing anyone who mentioned the topic of being a “racist.” Simultaneously they concealed their own intent toward topics regarding race by giving them pleasant names. But now the leftist agenda stands revealed as it becomes clear that their policy is exclusively racial, and aims to replace the American white population with a third-world group.

But this is not new. Leftist movements since the Enlightenment have sought to obliterate national boundaries and make people “citizens of the world.” Leftists for decades have advocated world government and the free movement of citizens. Under its most tyrannical dictators, the Soviet Union expanded its multicultural policy to include not just non-Christian religions (Christianity was demonized) but other races. The pursuit of racial equality, a proxy for racial comingling, has been a leftist policy since the birth of leftism.

Why is the left obsessed with race? We know they speak in code because we have seen how duplicitous their acts of the past have been. Their coding about race disguises another agenda which they hope to use their race policy to achieve, which is the reversal of natural selection so that there can be no social standards or other impediments to the freely raging ego.

Imagine the leftist ideal. There are no borders; everyone is equal and equally welcome everywhere. This means that everyone from poor areas will move to rich areas and inundate those. It means that every country on earth will have the same mix in roughly the same frequency of black, white and Asian. It means that humanity’s diversity will be replaced by a new uniformity in which all unique traits — especially those won by people who broke away from the herd and evolved separately in harsher climates — will be destroyed. In fact, all will be destroyed, and replaced by a uniform faceless gray cultureless mass of humanity. But that mass will fit the liberal desire for equality and malleability, since the secret of liberalism is that it is egotists using “equality” to turn the herd into their private army.

Their actual goal is the obliteration of all social standards, because social standards constrain the egoistic individual. What does an egoist want? A chance to be dramatic, to appear different. This clashes with the idea of conservatism, which is that we learn how to do something well and keep doing it that way, but improving upon it generation after generation. The liberal does not care about effects; they care about feelings. Their feelings. They use their social group to gain approval for their egoism so that if challenged, they can summon social disapproval on anyone who dared to restrict them to sanity.

We can see this in their movies. Every leftist movie from West Side Story to Napoleon Dynamite shows the same parable, that of Revolution: the misfits are alienated, so they band together and defeat the natural winners, and then create a social order based on accepting differences. This lets everyone be unique, which means that (in fact) no one is unique, and creates total dysfunction, but the movies never show you that.

Humans do not like to acknowledge that most of life is conformity not for conformity’s sake, but because there are relatively few ways of doing known tasks. We all put our socks on roughly the same way because there is no efficiency or advantage in doing it another way. We eat roughly the same stuff, no matter how much we disguise it with garnishes and exotic techniques. We all have jobs, families and hobbies. The myth of non-conformity arises from those who wish to differentiate themselves but have nothing to offer. Generally this implies that the people differentiating themselves are in fact the opposite of “different”; they are highly conformist but have nothing to offer, so they “fake it” with outlandish acts and social approval. This same impulse drives them to want to destroy whatever historical majority exists and replace it with an ethnic, cultural and values-level motley so that being different for pointless reasons is acceptable.

The insecure modern person wants this motley to hide their own deeds. When most people act sensibly, stupidity and uselessness stand out and can be discriminated against. When everything is chaos, the ego can reign as it pleases because useless ego-drama fades into the background noise. The third world operates on this system; individualism is highest, social standards are lowest, and the ego has most liberty. But as a result, civilization does not function well and most of an individual’s time is spent working around the dysfunction of others. They are able to manipulate others using social methods like guilt, but the consequences remove the unspoken object they wanted to control. Such is the condition to which America and Europe — the West — heads now.

Liberals are obsessed with race because it allows them to destroy any constraints on themselves. They want to destroy the majority, but they also want to destroy minorities. Their goal is a future of people who are so mixed that no culture, values or different abilities remain. In their minds, which seek only control, the result will be like an army of department store mannequins spray-painted brown and obedient to liberal Ideology, which removes all social standards and gives the individual permission to be as dramatic as it pleases. They do not consider the destruction they cause because that is outside of themselves, and since they worship themselves, it is not relevant to their decision.

Awash in hatred | The currency of our time