Why the American dream should die 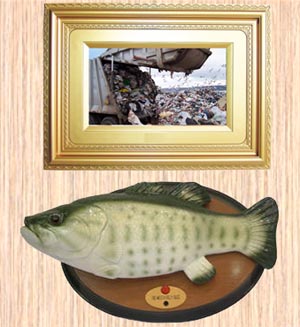 The American dream, of a white picket fence around a tidy suburban house, should die.

This dream was born of the American ideal, which was that we had this new land where everyone could make the best of themselves.

That notion ran facefirst into technology and the post-WWII industrial boom that took former floor sweepers and turned them into a new lower middle class.

We’ve continued that process of democratization by dumbing down education, and dumbing down jobs, so that everyone who is even marginally competent — or of a protected gender, ethnic group or sexual orientation — can make a decent income a year.

Multiply that by two, and you’ve got a lot of people who can suddenly afford a house. Unfortunately for them, in most of the country, housing close to their jobs is expensive.

Banks being banks saw opportunity and did what they always do: write riskier loans, for a fee, knowing that across the board they’d come out ahead.

Consumers being opportunists as well, they signed these dubious papers, generated by computers and reserving all rights to the banks. Had the economy continued its Clinton-era upward boom, all would have turned out well.

However, there was a worm in the rose: the Clinton-era boom relied on easy faux value generated by the internet dot-com boom, most of which did not generate any real value. Even worse, most of it is a house of cards based on the assumption that blasting people with advertisements is working (we know it’s cheaper, and it reaches people; it’s unclear whether it reaches the consumers who want to buy the advertised product).

So when the Clinton-era currency of artificially inflated value had to confront its real test, which is whether it transferred into real goods, the economy hit a stack of woes. This was at the turn of the millennium and we were “lucky,” economically speaking, to have a war going to thrust money into the economy and keep it moving. Unfortunately, that was only a brief respite, and the piper had to be paid for all that false wealth.

Now the citizens — never well-informed — want gubbmint to step in and save them from their own opportunism:

Even if the paperwork was faulty, the fact remains that most homeowners in foreclosure have not paid their bills, often because they bought more house than they could afford or because they lost their jobs. As a result, they will most likely lose their homes eventually, once the banks clean up their paperwork and resolve any outstanding legal issues.

â€œWe believe that the overwhelming majority of the cases will be that the loan was seriously delinquent and needed to go to foreclosure,â€ said Paul Leonard, vice president for government affairs of the housing policy council at the Financial Services Roundtable, an advocacy group for the nationâ€™s largest financial institutions. – NYT

Fond notions of equality, meet hard reality: even if as the article asserts there are many paperwork errors, not all cases by a vast majority are paperwork errors. Most are consumer error.

Yes, if the fake money had just stayed valuable! If the economy had kept growing! …for another 25 years, to match the terms of the loans, of course — but if that had happened, everything would be fine! So we’re told.

But I think it’s time we question the democratic “right” of people to own houses. If the epidemic of people not reading paperwork before they sign it, and trusting banks, wasn’t a sure sign that we’re heading into Idiocracy territory, maybe the treatment of their houses will show us.

Go into the average American neighborhood where household income is below $140,000 a year — that’s the cutoff point that divides our middle classes between those who are faking it, and those who can actually afford what they’ll need to. Take a look around that neighborhood.

Even better, however, is that because this flood of people exists, the builders keep going crazy. They find a big patch of land, cut down most of the trees, and put up homes, often using illegal or recently-arrived labor, which they lobby politicians to legalize. They then sell these at a vast profit, transforming mediocre builders into millionaires overnight.

We have many critics of capitalism and corporations in this country, but almost no one willing to point out the obvious: the callow selfishness and disconnect with reality of the American consumer makes them a destructive force.

In the process, they get taken advantage of, but judging by their poor judgment that would happen anyway. The point is that what drives capitalism and corporations is what the buyers will bear, and if the buyers are oblivious and careless, industry itself becomes geared toward corrupt goals.

The situation, by the way, is worse in apartments; the only reason we don’t notice it is that apartments, being smaller than houses, have to be cleared of the wreckage. Throw it in the dumpster at the end of the lot and it goes away forever with no trouble to you.

When the aliens conduct a postmortem on our civilization, how many singing electric fish will they dig out of the landfills? “Very odd. These are still functional, like they just got tired of them. Must be a religious artifact.”

Looking at all those now-empty homes, we might feel a twinge of regret as we realize that these people would be better off in apartments, and perhaps better off protected from their own insane desires, appetites and urges.

They’re not the only ones. Our forests and natural lands would be better off protected from their urges, too. Each house is — including road, access ramp and neighborhood mall — roughly an acre of forest reduced. And we have infinite people who will want their own homes in the future. Where does it stop?

If one person is offended, we edit history | A Conversation