Why Religion — Including “Occultism” — Is Important To The Right 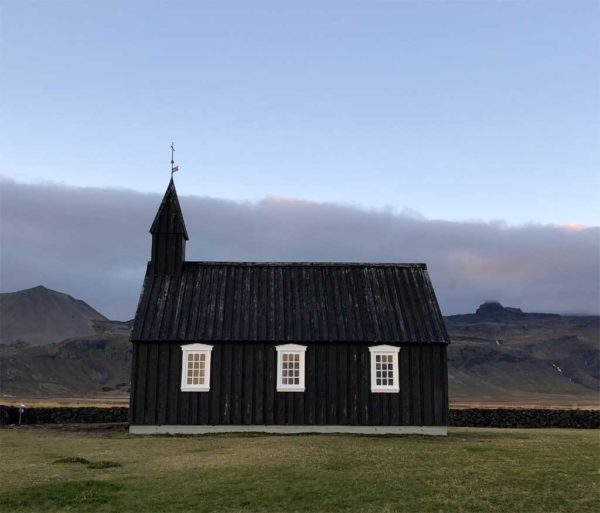 Some thoughts describe the world, where others tell us what we must or should do. The term “must” is relative to wanting to survive, which includes both individual and group, where “should” requires that we conjecture a better way than what we know and transition to that. There is another dimension as well which is implied by the tension between “must” and “what is.”

To understand the world as it is, we must find its wisdom; it has survived aeons without us and as we frequently see, the devices of nature are superior to our own in not just efficiency but grace and elegance. Understanding its wisdom leads us to wonder what its purpose is. That purpose remains separate from “meaning,” which is a human term, and optional to the individual.

Looking into that question of how existence got here, what its internal order is, and what it attempts to achieve will in turn open up a series of other concerns. We want to know our role in this; what we should do in order to be good; and if we persist after physical death. At that point, suddenly we have arrived at full-blown religion.

It is therefore not surprising that every human society has invented a religion for itself; humans need something to answer these questions. But the bigger story is how similar all of these religions are to one another.

The similarities begin with the recognition that all religions are inventions of humankind; they are philosophies describing the world, its abstract structure, the universe, and ourselves. They begin not from material reasoning, but by looking at nature as a science of patterns, and from that study, understanding how it organizes itself and thus, why things are as they are.

Now, for some, this is heresy. They want to believe that a religion came down from a god or gods, written in perfect truth, in a way that every human can understand, a notion called “universalism.” They want to think that their religion and the world are one and the same, as if the religion were divine writing on the wall that is beyond doubt the absolute truth.

Contrasting this, the traditional European religions were an outgrowth of customs of each people, and had more in common with philosophy and calendar than they did with organized religion or “spiritualism,” the postmodern New Age way of describing oneself as spiritual but not religious which in fact means narcissistic self-expression using a polyglot of religious symbols. If we could describe paganism in a word, it might be “esoteric” or “naturalistic,” meaning that it found transcendent meaning in the order of nature but accepted that this was not equal, and so was doled out in bits to those who mastered the previous bit.

In that view, religion was not a thing in itself, but a method of discovering how the world works, and it was inherently “made of man” because it consisted of observations, not dogma. That divides the older methods from the modern forms of religion, but the older methods comprise the vast majority of the notions behind modern religion, so they can be rediscovered and brought to the surface.

When we apply those older spiritual methods to modern faiths like Christianity, we find a greater meaning in words that previously we accepted as having to be interpreted in a universalist context. When made esoteric, these notions expand from a narrow and human meaning to one that more elegantly describes our world. The patterns of life take on larger significance.

These patterns also implicate orders beyond the immediate and physical world. If each event is a cycle that returns, for example, we have reason to believe that life itself is the same way, as are our own lives. Religion describes what nothing else can because it is purely abstract, or based on similarity between patterns, yet grounded because it relates entirely to the whole of life and existence as we know it.

In addition to being invented by humans, religions are more similar than not, including the occult and pagan ones, suggesting that since the dawn of humanity, people have been observing similar patterns and drawing similar conclusions.

These patterns are not universalist, although they seem “universal,” because they do not apply to all human beings. Every religion possesses layers of nuance and detail that only emerge through study of the broader and more generalized ideas of that religion. Interpreted in this way, every religion is esoteric, and none are universal; they study the same subject, and therefore come to similar recognitions.

Conservatives come from a similar perspective in that we realize that the same world will be seen vastly differently by many people, and that only through a conscious effort to be good and preserve the good — which, by the nature of time, requires producing more of it — can we hone our perception to the point where it is more accurate than not.

At the heart of conservatism and religion both we find a preference for tradition, which means not that which repeats what was done in the past, but that which is perpetually new because it is rediscovered time and again by those who make the effort to look. This is esotericism applied to life itself.

For this reason, it does not matter to us what form religious thought takes; it may be Christian, pagan or occult, which seems to be a word for the modern continuations of those ancient esoteric faiths from the ancient Vedas and before. “Occult” means that which is hidden, and for an esotericist, truth is always hidden in plain sight.

Thus when we see attention-getting headlines, it is important to remember that we are seeing an urge toward religion, and through it, an urge toward what is eternally true:

â€œIf youâ€™re not ready to admit that the universe is chaos, Iâ€™m not sure how far youâ€™re going to go,â€ Bracciale said to the class, describing witchcraft as a way to exercise power in a world without transcendent moral rules, a supernatural technology for taking care of yourself when no one else will. Witchcraft, Bracciale said, lets you be the â€œarbiter of your own justice.â€

I suspect that this assumption of chaos â€” the sense that institutions have failed and no one is in charge â€” helps explain the well-documented resurgence of occultism among millennials…magic and witchcraft have a renewed cachet, one that seems related to our current climate of political and cultural breakdown.

For some time, we relied on the purely material idea of individualism to guide our civilization. Whatever individuals wanted was right, and however we had to arrange our society to support that was good, and we did not worry about a divine order to nature and the metaphysical or supernatural which could guide us.

What is described in the quotation above as “chaos” has more to do with the lack of a human order that every human can understand than a state of disorder. The chaos of the universe emerges from its cyclic nature, and what seems random to us rarely is, although our own randomness occurs because we deluded ourselves and engage in pointless actions which lead nowhere.

Although it seems that this article is arguing for a different kind of religion, a scary occult and mystical one, what it in fact shows is the breakdown of our current materialistic and universalist model, and the need for one that is pattern-based and esoteric. That approach is philosophical in nature and does not require a specific faith.

Most likely, since we have come out of the bubble of modern thought which insists on mass culture enforced through universalism so that no individual is threatened by the superior power of another, our future religion will involve our present-day faiths re-interpreted through the timeless views of the faiths of antiquity. Since both describe the same world, we will merely achieve greater clarity.

In the meantime, it is useful for us as conservatives to remember that our goal is not a specific faith, which is a means to an end, but the understanding of what it describes, which is our universe itself. Any god or gods that created this world will reside in it, hidden in plain sight like all other great truths.

White Self-Confidence Deficit Opens Door To Soft Genocide | Every Ethnic Group Acts In Self-Interest, Which Means They Want To Kill You