Why Neoreaction Did Not Fail 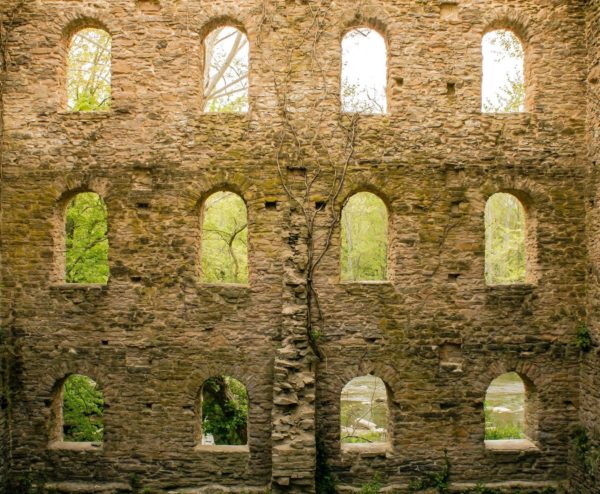 Amerika.org is fundamentally a New Right blog, with the reservation of ideas from paleoconservatism and the Old Right: we like capitalism and we are staunch nationalists who realize that monarchism is our only viable solution for leadership. But the basis of its theory lies in the New Right and the Traditionalists who inspired them.

This builds on what I have been writing for some time, which is a raging realist (what I call “nihilist”) viewpoint on life. We are organisms; we must adapt. One of our (necessary) methods is civilization including technology. For that reason, these things must be pointed in the right direction or they become our individual downfall.

None of this is widely accepted. That is because herds run away from anything like the truth, so it must be introduced to them with subtle tools that subvert the assumptions that prohibit them from seeing reality. One might see all of art and literature as a means to that end: helping us find sanity in our minds through metaphor. But it also applies to politics.

I have written a fair amount about Neoreaction because I like its solid theoretical basis. However, our greatest strengths are our greatest weaknesses, and now, a lively debate is forming about whether Neoreaction has failed. Let us look into this claim and assess it not in yes/no, but in questions of degree, time and qualitative impact:

Neoreaction failed as a philosophical/political movement because it failed to engage the real world, or even the online political world. Even moreso than libertarians, neoreactionaries turned out to be a sheltered circle of nerds who were largely uncomfortable with interfacing with the rough and tumble of online political discourse or addressing current events; even just on the Internet! By failing to engage anyone outside of neoreactionary circles, many of the core participants lost interest and retreated to private mailing lists or went silent. The few neoreactionaries who maintained relevance were absorbed into the alt right.

Let me say that the above makes some good points which are worth considering, and then offer another viewpoint to stack onto the above.

When nature creates a species, she does not do so equally. Instead, the species is at first many varieties which compete with their environment to see which survive. Those form the base of the species, like a statistical floor. For example, an early mammal takes to the trees and becomes a squirrel, which is known by its bushy tail, well-developed arms, small size and flavor of chicken.

Then, new variants appear which are built onto the base. One squirrel develops flaps between its arms, and finds it can leap a little farther; another develops the ability to swim long distances; a third learns to chew long tunnels into trees. These now face another test: do these abilities complement the base animal, or do they lead in a new direction that requires a separate species?

If the abilities complement the base animal, they have a tendency to be re-incorporated into the group because the two types of animal can breed. If they do not, a separate species branches off and goes its own way through the twisting paths of evolution.

And so we return to Neoreaction. Neoreaction is a variant of the right, specifically a hybrid of neoconservatism (“classical liberalism”/libertarianism) and Mussolinian fascism (corporatism). In his dialogues, Mencius Moldbug like Plato before him argued through allegory by taking accepted arguments to their logical extremes. In this case, he developed libertarianism into a free-standing theory by arguing for the formalization of power.

As said around here before, this is more of a thought-experiment that one might bring up in an intellectual salon than a concrete proposal. Similarly, Plato took the dominant liberal ideas of his time and extended them to their logical conclusions through the thought-experiments in The Republic, showing his audience that in order to make a System — communism, capitalism, democracy — work, society would have to take total control and manage society in a way that was both unrealistic and stifling to the human spirit.

Therefore, he implied, we need something simpler: an organic state of few rules but with strong values and leadership by the best, instead of allowing those with the most votes, money or popularity to take control and act out their petty whims of power.

Since Moldbug, Neoreactionaries have developed his inner thoughts — that perhaps nationalism is not a bad thing, that strong leadership is needed, and that egalitarianism is mental goo that corrupts all other thought — into a complex series of positions. These ended up overlapping with Traditionalists/New Right, Alternative Right, dissident Right, Southern Agrarian and Old Right positions.

What this achieved was to take the extreme Right out of the ghetto of neo-Nazism and allow itself to expand on a theoretical level, instead of simply relying on us-versus-them and fear of The Eternal Jew™ to define the limits of its thought. This in turn upgraded its audience, driving out the true boneheads and letting the more intellectual wing shine.

As a result, I view Neoreaction as a booster engine to a larger ship; perhaps a JATO pack, if you will. Its goal is to push a set of eternal truths past the resistance caused by those who claim to agree with them but instead idolize simplified and ersatz versions of them, and to allow those ideas to then build momentum by being similar in theory but not conclusions to what thinkers worldwide recognize as a dialogue of politics.

Like libertarianism, Neoreaction does not stand on its own. You cannot create a Neoreactionary society; even Singapore exists only as a nexus point of international capital. But its economic and political theories are sound, and show us that not only are there alternatives to Leftism, but that Leftism and liberalism (neoconservatism) are entirely illogical. That opens the door to looking for where we took a wrong turn, and how to get back on the path.

The alternative Right is assimilating Neoreaction much like a squirrel species welcoming back a variety of smarter, stronger or faster squirrel. These theories are all variants of the same idea, which is how to get back to classical society and extend it into the technological world in which we find ourselves. Neoreaction’s contribution is a series of thought-experiments and in that, it has succeeded in re-intellectualizing the right, even if its final form will not be neoreaction but more like reaction itself, or the old Right that the alternative Right desires.