Why men love sluts (or think they do) 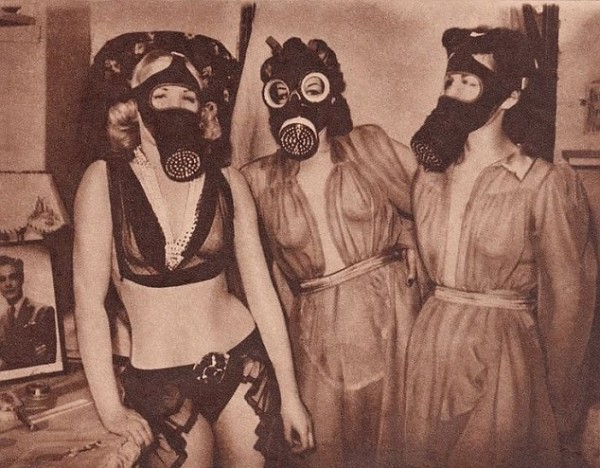 The selective woman presents a challenge to the male ego: she will demand that he win her, then lead in sexual activity, and may not be so welcoming that the sex act is easy. He will have to keep his erection through his own stimulus alone and pay more attention to her.

A slut — a promiscuous woman — on the other hand offers little resistance. She takes little to win, whether a night of feminist theory lectures or a few drinks at a bar, and then is an equal participant in the sexual act. As he is lunging for her, she is lunging at him, like an opposite version of male. If his erection fades, she will be an active participant in stroking it to life.

Conventional analysis (which is usually political or at least panders to popular imagination, and is therefore wrong) holds that sluts present more of a challenge to the man because of their greater experience. The opposite is true: their greater experience means they are less likely to notice differences in a series of experiences that blur together in memory. Having committed themselves to the act, they see only their own gratification, and so will help him along instead of wondering at the mediocrity. Their need, like that of an addict, is great and therefore they work around little lapses because their own satiation depends on it, where a more selective woman is considering the broader context of the event and will find failure to signal a larger disconnect.

The economic analysis of sluts flatters no promiscuous woman. The law of supply and demand states that products and services of greater abundance are worth less than those which are rare, and conversely, that those things facing less demand are valued less. The slut values herself little, but she values her pleasure more, so she is willing to move lower on the demand curve both in terms of attraction to her and her own standards. A slut has in effect said, “I have an over-abundance of this commodity, and will give it away for less,” signaling her own need as greater than her self-esteem.

Men love sluts — or think they do — because the challenges of a low cost venture are lesser than those of a higher cost undertaking which carries with it the need to have greater quality of the act. Slut sex is easy, not just to acquire, but to have. It is expected to be low-investment and low-satisfaction, which is why it is valued lower and more of it is demanded. This is easier on the man, so if he is low self-esteem, it presents itself as a less dangerous undertaking than challenging his rare commodity, which is self-image.

Most pick-up artist lore consists of making sluts feel comfortable making slutty decisions by bestowing on them small tokens of self-esteem. If they are challenged, that is a signal of investment in their value, as if they were actually difficult conquests. The man still controls the token of their self-esteem, which induces a cult-like slave mentality. If they are flattered — which works less — this serves also like a cult thought process to convince them temporarily that sluttiness, while less valuable, is an “empowering” choice because they are in control. This control is also in the control of the man, who must continue the stream of complimentary behavior or risk losing his attachment.

None of these things were unknown to our ancestors. They saw that injured or weak animals were less selective in mates, and instinctively made the metaphorical comparison to human beings. Only arrogance and presumption could make humans assume that we are above the rules of nature, economics and the mathematics underlying it. It has taken a century of flattery and false self-esteem to wear this down, but only in the easily swayed. The people who achieve not just “success” but whole, full lives tend to still play by these rules, because in order to succeed at life common sense — and not excuses, compensation and flattery — is required.

The cult of the ego | Validate me