Why Generation X Was The Slacker And Dropout Generation 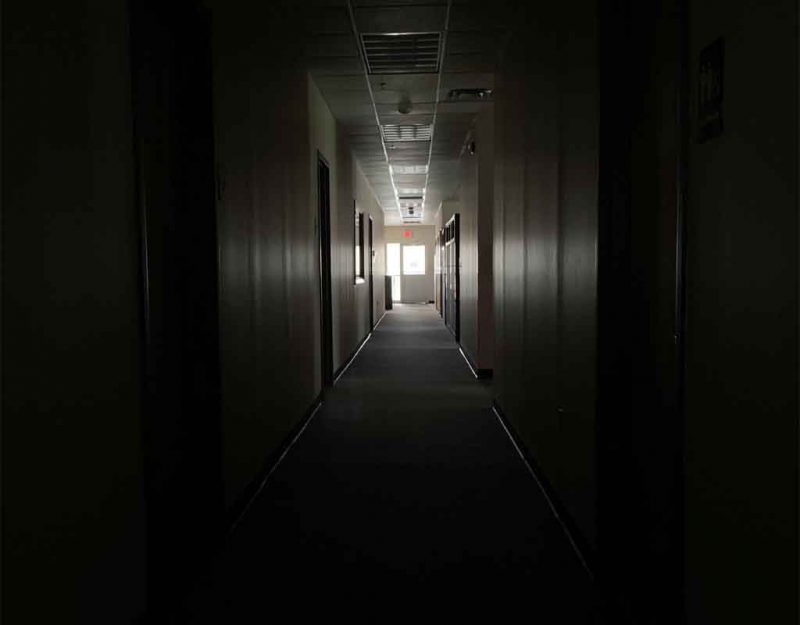 As they hit late middle age, the world is still trying to figure out the Generation X experience, despite Less Than Zero and Repo Man having done a fairly credible job of revealing the contrast within it.

Some attempts to understand Gen X point to a Right-wing revival during that time:

GenX grew up in the 1970s and ’80s, in the aftermath and fallout of the Boomers’ adolescent excess. They—I should say “we” for the sake of transparency—were the last generation to grow up analog, without the internet and without cell phones, yet with a foot in the new tech world and its current challenges. But more important for this discussion is the cultural milieu in which we grew up, which was the reactionary swing back to the right during the Reagan ‘80s.

More likely, in my view, was the recognition that we were doomed. Society fell apart in 1968, and Gen X were the kids left to wander a wasteland of divorce, latchkey kids, hostile corporations, blockhead government, affirmative action, race riots, disposable products, and endless media.

All of these things were relatively new. Boomers grew up in a WASP world, with a single culture and guidance, in which Blacks, Hispanics, and Amerinds were viewed as tagalong populations who lived in their own neighborhoods and worked for us because we offered a better option.

Homosexuality was something that was kept secret, protecting both majority and homosexuals, and people stayed married “for the kids.” People lived for something more than themselves and their own immediate convenience. That all changed with the “if it feels good, do it” Me Generation.

After 1968, American society was seen as a concentration camp with limited freedom. You were free to socially climb with your job and find the best home and comforts in the wasteland; you were free to express any opinions which did not conflict with our WW2 dogma or the civil rights era that followed.

In other words, you were free to obey, and those who obeyed the most got the money. This forced Generation X to come of age in a time where lies were rewarded and goodness — the behavior we were raised under by the Greatest Generation — was punished when it conflicted with dogma.

Your goal had become entirely negative. There was nothing to aspire to; there would be no more Beethovens, Nietzsches, or Caravaggios. Instead, your job was to “work hard” at unnecessary labor in order to join the elite so that you did not end up in a ghetto or trailer park.

Generation X was the generation born without hope. They saw America die; they were witnesses to a Fall of Rome level event. Sickened by this, they knew that they were doomed, and that even victory in this system was to live a meaningless, hateful existence.

Even more, as Francis Fukuyama was to observe, there was seemingly no point in resisting. Liberal democracy plus civil rights plus entitlements (“market socialism” or “social democracy”) had won out over all other orders with the end of WW2 and then the fall of the Soviets, so there would be no change.

In other words, welcome to a cyclic wasteland: things get worse every year, but we will never, ever try anything different because we are committed to the same Leftist dogma as the Soviets, just in a free market version that under government control produces insane and destructive corporations.

We also got to see first hand the solipsism of democracy once democracy gains enough power, because our parents were dedicated to their convenience, physical pleasure, and power, and we were simply adornments that they grafted onto their lives in order to feel “successful” in the one man, one woman, and two kids in a suburban home with a picket fence and two cars trope:

It is well documented that ‘80s kids were a latchkey generation. Boomer parents were so self-absorbed that they scarcely remembered that they had kids at all, and couldn’t be bothered to do much actual parenting. We were the first generation to experience large numbers of divorces and the rise of illegitimacy, therefore many of us grew up in broken, single-parent homes. What all this means is that popular culture took on a much greater importance in our lives than it might have otherwise. As GenX rapper Slug from the group Atmosphere put it, “My best friend was my TV / Game shows and cartoons / substituted for puppies, rainbows, and balloons.”

True, there was a Right-wing backlash. However, it was of the anti-hero and futile variety:

The quintessential American myth is a lone man with a gun who cannot trust on a higher authority but knows what is right whether pioneer, cowboy or Dirty Harry. Boys who grew up in the 80s looked up to the heroic characters played by Arnold Schwarzenegger and Sylvester Stallone, characters who exemplified bravery and strength, not least of all through their bodybuilder physiques. Both action stars played heroes who would have to go outside the broken legal system to protect women whether family or love interests.

In First Blood, the Rambo character has his rampage and then gets carted off to jail. Dirty Harry gets taken off the force, and it becomes clear that his days are numbered. Schwartzenegger heroes tended to live outside the law and perform outside the United States.

The message was: to be a true masculine hero is to self-destruct. It is the opposite of High Noon, where the hero fights off the bad guys, converts the girl to violence against evil as a way of life, and is finally recognized by the town, even if they will not admit to cowardice.

He rides off into the sunset to escape the world we have created with our morality and laws, not to embrace it. Similarly all other masculine heroes of our childhood either self-destructed or ran away. There was no escape, resistance was futile.

If you want to know the soul of Generation X, and why we became slackers and dropouts, look to this hopeless futility. The System had won. There was no chance for anything to rise again which was natural or good, only endless conformity to a symbolic ideology designed to crush the good and replace it with the mediocre.