Why Faith In The Enlightenment Is Evaporating 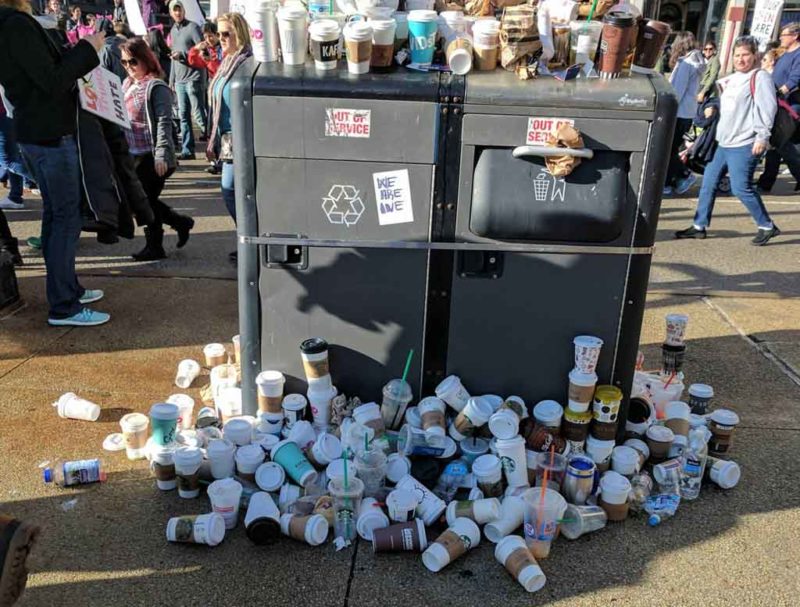 We who survive now were born into a lie. We were told that the purpose of our civilization was to facilitate individual dreams, fantasies, visions, and desires. As the great wealth bubble that empowered these ideas comes crashing down, we see that they were as a red flag to a bull: a pleasant path to death.

At the time when we made the decision to take this path, we were starting to become wealthy, thanks to our technology and the balanced social order that supported it. As a result, no one could say NO to going further down this path because it seemed to be succeeding.

Its origins came before the wealth of technology at the point when the benefits of having an organized civilization emerged. We conquered the dragons, explored the forests, and beat back most of the obvious diseases. At that point, reality became optional because one needed only interact within the human biosphere, not nature.

At that point, we chose our path with The Renaissance™ and The Enlightenment.™ Both emphasized a rejection of classical culture, which emphasized a natural pattern order in which human life fit, and instead focused on the human individual as the goal of civilization and largest building block of society.

The elders warned us, of course. They said that this approach would not work, eventually. However, in that pocket of time between a bad idea and its consequences a good time can be had, so we opted to cheat. We wanted our good time now instead of stability for the indeterminate future.

To support the notion that anarchy could replace civilization, we invented rationalizations that made our destructive habits seem to be positive. We talked of equality, pacifism, pluralism, love, empathy, compassion, and human brotherhood. All of these were designed to conceal the ugly reality: anarchy means “me first” with no accountability.

Two centuries later, Barack Obama and Angela Merkel ascended to leadership, seemingly supreme in their ability to say the right thing to their audiences. They knew exactly how to manipulative our ideal of the individual, and by seeming to cater to the underdog, they won over the voters.

However, just like people awakening to the fact that the new gadget they have been sold is in fact not what it purports to be, the people of the West are waking up to how democracy forces us to make bad choices. We try to get along with others instead of looking ahead to the world around us and how we must interact with it.

In other words, we have changed our focus from the individual to reality. This means that every fruit of The Enlightenment™ will perish, and all of those illusions will be replaced by a saner, more naturalistic view of reality.

Not surprisingly, the backlash against Enlightenment™-era thinking has spurred a rejection of all of the Bohemian-styled thinking of modernity because it has failed to deliver what it promised:

Holbachâ€™s well-fed coterie became the dreaming flower children of the 18th century. Their favorite hallucination was a brave new world where, as Blom sympathetically explains, â€œdesire, erotic and otherwise, would make their world beautiful and rich.â€¦ In this godless universe there would be no more sin, no reward or punishment in an afterlife, only the search for pleasure and fear of pain.â€ Just as todayâ€™s New Atheists are opinionated and preachy, the hard-core Paris Enlightenment scorned those who disagreed. Edward Gibbon, though a skeptic, was revolted by the â€œintolerant zealâ€ of the philosophes, who â€œpreached the tenets of atheism with the bigotry of dogmatists, and damned all believers with ridicule and contempt.â€

To be sure, Europeâ€™s Enlightenment was an important development in Western intellectual, moral, and political history. Its critique of the arbitrary, authoritarian state and demand for individual freedom led to nothing less than the French and American revolutions with their insistence on the right to self-government. Most mainstream Enlightenment thinkers had the good sense to distrust the human and social implications of the more radical philosophesâ€™ ideas.

But some of those ideas lent themselves to disastrous distortion. Rousseauâ€™s utopian notions of an ideal society ultimately based on ideological manipulation and political oppression were later used by totalitarian lunatics. Maximilien Robespierre seized on them to justify brutally de-Christianizing France during the revolution and controlling its population with state-sponsored terror. In the 20th century Lenin and Cambodiaâ€™s murderous Pol Pot, who studied Rousseau in Paris in the 1950s, cherry-picked his philosophy of a society based on guilt and paranoia.

Individualism means the philosophy of “me first” before any kind of social, natural, or divine order. It appeals to those who fear that they cannot contribute, or will be in error, or otherwise will lose social status because their activity will be insufficient.

Those who are normal, sane, and healthy have a philosophy known as realism. This tells them that they are one part of a larger system, and when they are in the correct context, they can maximize their abilities and contribute the greatest amount in the format laid out by nature and logic. This gives meaning to their lives.

As the great civilization wealth train has gone on, however, this group has become ignored because the larger group of people who want only “me first” has seized the public imagination. This group demanded democracy, equality, diversity, and now, finally, a universal “fifteen minutes of fame” for everyone independent of contribution.

This amounts to the victory of the shallow over the deep, of appearance over structure, and of the short-term over the eternal. That was the goal of The Enlightenment™ all along, to obscure what is always true and cover it with what might be true if we look at it a certain way, so that the “me first” party could continue.

We in the West are lucky to encounter this misfortune. It means that we have beaten all other challenges and now must face the most difficult obstacle, the enemy within. We must defeat our inner desire for that which will destroy us. This can be done only through having a goal larger than the individual.

Democracy and other forms of “me first” — called collectivist by many, but really merely individualists in groups — aim to obscure this fundamental truth. This is why they drive people insane. Democracy makes us feel individually important, and separates us from the order of nature, which causes them to retreat into the humanist bubble.

When we accept any degree of individualism, it begins driving us mad. The individual replaces the world in our minds. From that, we start accepting ideas that are focused on what the individual and its social group wish were true, instead of what is a realistic interpretation of our reality and its future.

For this reason, democracy drives people insane, causing them to see a human egoistic and social reality instead of the world surrounding them and its pattern order:

From Platoâ€™s perspective, democratic man is dominated by two ideas: freedom and equality. As such, the democratic man makes a shift from previous men, he has no hierarchy of values since the highest value is equality. Consider:

â€œâ€¦spending his money and labour and time on unnecessary pleasures quite as much as on necessary ones; but if he be fortunate, and is not too much disordered in his wits, when years have elapsed, and the heyday of passion is over –supposing that he then re-admits into the city some part of the exiled virtues, and does not wholly give himself up to their successors –in that case he balances his pleasures and lives in a sort of equilibrium, putting the government of himself into the hands of the one which comes first and wins the turn; and when he has had enough of that, then into the hands of another; he despises none of them but encourages them all equally.â€

From Platoâ€™s perspective, democratic man has so imbibed with the idea of equality that lacks the means to govern himself. Instead, he gives himself over to the strongest passion of the moment. But even then, the democratic man is blind to the fact that he is ruled by passions rather than reason, confusing the two and unable to break out of an egalitarian mindset.

â€œNeither does he receive or let pass into the [mind] any true word of advice; if any one says to him that some pleasures are the satisfactions of good and noble desires, and others of evil desires, and that he ought to use and honour some and chastise and master the others –whenever this is repeated to him he shakes his head and says that they are all alike, and that one is as good as another.â€

In other words, by embracing freedom and equality, democratic man is forced to embrace relativism. If he recognizes that something is evil or good, that would instantly force him to arrange his life based on a hierarchy of values. That hierarchy would also apply then to political and social life. Without any hierarchy of values and giving himself over to relativism, he is then ruled by the strongest passion of the moment, a flame that is easily fanned in a time of mass-media.

More fundamentally, democratic man rejects any hierarchy. There is only the individual and the bureaucracy designed to care for it. On top of that, somewhere, there is nature, mortality, real life, experience, and adventure, but those are not safe, so they are consigned to outsider status.

We are coming out of the era of democratic man, and entering into the era of realistic man, or those who recognize an order larger than the individual. This rejects the ideas of The Renaissance™ and The Enlightenment,™ which hold that “man is the measure of all things.”

Instead we suggest a new order: reality is the measure of all things. Reality consists of all things connected, united under the principles of nature. This does away with our dying human bubble, and allows us to discover the broader adventure of life itself, in the process rediscovering our will to live.