Why Equality Must Die 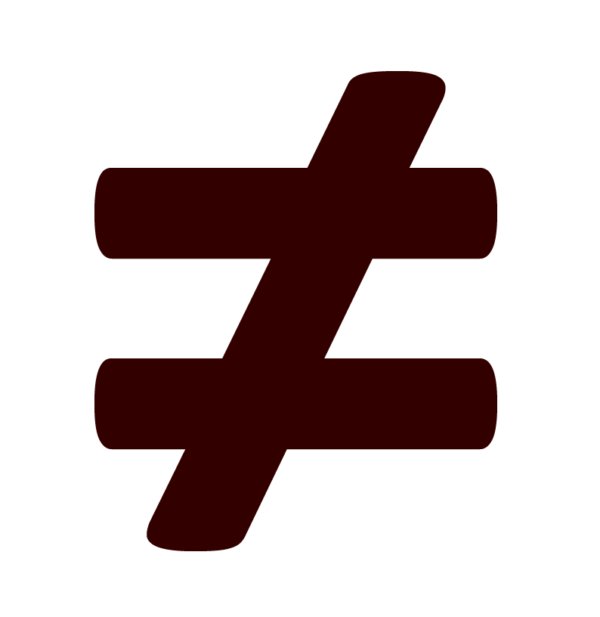 One has to ask why, in the midst of plenty, so many of our industries cannot produce a single competent product. It gets worse the more important the product is. For example, laptop computers.

You can go with Apple, if you want six-year-old technology at a super-premium price and an operating system that is designed to dumb you down to preschool levels (notice how much Apple and Google try to emulate the Playskool aesthetic?). Or you can wade into the rest of the market, where your choice of color is black and the machine is universally set up poorly.

Generally, the core functions of the hardware work adequately. The motherboard does OK. All the other stuff tends to be poorly put together. The graphics are slow, nearly freezing the machine when video comes on. The touchpads are nervous and cannot be fully turned off. The sound cards are glitchy. The network cards are not quite compatible with the motherboard, leading to random lapses of connectivity.

Then there is the software. They insisted on installing Windows for you, and since the laptop does not come with a freestanding disk, that is your only option unless you want to buy a second copy — you have paid for the first in the purchase price — to install yourself. These custom installations specialize in preventing you from fixing the stupid configuration errors they make based on mistaken assumptions about your use of the machine.

At the end of the day, you find yourself wondering: is there anyone competent out there? The market is like a herd of sheep, always following the leader or someone who looks like the leader, and afraid to try anything else. And so they stay competitive with each other, which means lots of black laptops with roughly the same level of dysfunction between them.

The problem is that reward comes from doing the same thing as everyone else, but making it more profitable. Cutting corners is OK, but if you were to try for a higher standard and fail, then you would be considered a moron, even if you had succeeded in the past. The job is about doing the job, not about achieving results, and especially not about improving anything, because that might reveal the incompetence of others and make you socially unpopular. Then the mob will attack.

Long-time readers of this blog know its fundamental theory: the only theory is reality, and it rewards connections between details, not their abolition through mental containers designed for human intellectual convenience. We must understand life on its own terms, but are unlikely to except as general principles, and everything else is understood at the level of highly localized decisions.

As part of this understanding of theory, one of the fundamental principles is that humans always scapegoat. Rather than blame themselves as a group for bad decision-making and as individuals for being weak, they will blame some external force — the Rich,™ the System, the Jews,™ the kings, the strong, the gods — instead of accepting their own culpability.

We see this on the Alt Right: rather than blame the source of our downfall (individualism/peasant revolt/equality/democracy) people want to blame the Jews despite their small numbers. Rather than accept that the desire of most people to feel important and equally included is what is tearing our society apart, they want to focus on smashing a few groups and a few Leftist policies, leaving the big problem — the actual fatal flaw — in place, as if they were servants of it and its will to destroy us.

Or look at mainstream society. In their view, our society is perfect and the only problems are the people who just want to be “mean” by not accepting everyone. This kind of retarded kindergartner logic would have made people laugh and call for an orderly a century ago, but now, it is the norm, thanks to the spoiled brats in lazy jobs in the cities and the the politicians who sell them convenient lies.

In fact, the reason that so many things are mediocre in parallel is that they fall under a similar command structure. That command structure is that we let mass opinion rule us, despite its necessary bias toward (1) committee-style compromise that favors unadventurous, dumbed-down symbolic acts and (2) the lowest echelons of society, who breed faster than their smarter cousins and tend to understand very little except deliberately simplistic lies offered by demagogues. Democracy is demagoguery in this way.

This also extends to consumerism. Voting, buying and social approval exist in parallel: they are methods of mass opinion. When the lowest levels of our population do the buying, products are made with idiots in mind, which means that quality is forgotten in favor of whatever gee-whiz features have fascinated the prole herd that day. In addition, they are manufactured by those in the grip of committee compromise thinking where the only sin is taking a risk to improve quality instead of decreasing quality and cost while promoting those gee-whiz idiot features and therefore, increasing margins and thus profits.

This, by the way, is consistent with how our ancestors saw the lower orders: vain, idiotic, and blithe, they rejected any thoughts of complexity as “stupid” and embraced any stupid thought that made them feel intelligent for having mastered it. You can see this at work in American high schools, on Wikipedia, or through SJWs who lecture you with obvious logical fallacies and paradoxical ideas that their group asserts is true, and they will call you retarded for disagreeing.

Our ancestors encountered this problem in an unusual way: by succeeding. When a society reaches dominion over nature, as practically happened a thousand years ago, it begins to create a surplus of people who could not succeed without society. Some are manual laborers, others are con men like lawyers, pornographers, politicians, journalists, actors and (certain) priests. This higher group infests society with neurosis in order to justify its presence while the lower echelons summon an attack of guilt against those who have more than they do, in order to extract a living.

Over time this beats people down. They realize that something has gone wrong with civilization, and do their best to escape. Clever monkeys produce clever plan than like all cleverness, falls short of intelligent and therefore fails, because civilization expands to come get them and assimilate them. Soon there is no escape. The lower win over the higher, and so the higher try to earn enough money to buy their way out of it, in turn subsidizing the mess and making it stronger. This creates a death spiral that kills the society. 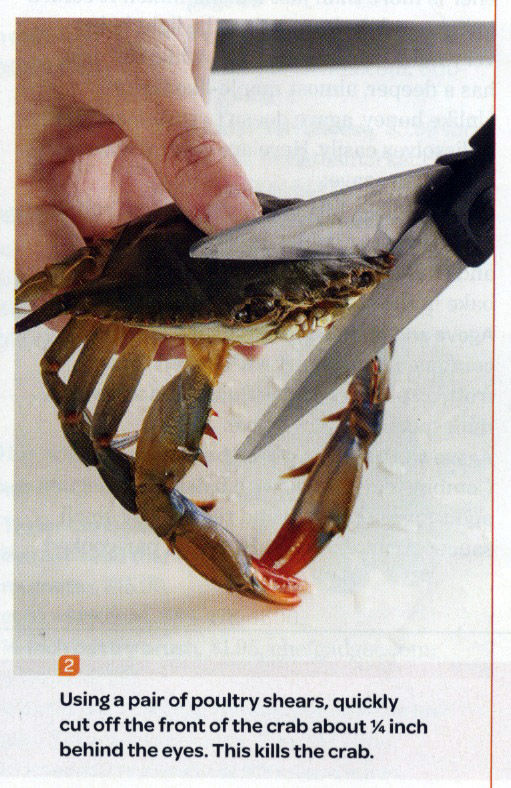 When a society is first getting started, it has a clear enemy in its own disorganization that allows nature to prey on it. Disease thrives in incorrectly disposed-of sewage; vermin eat the seed grain; failure to protect against natural disaster leads to mass death. This clear enemy produces a clear unifying principle in the society, which is the purpose of working together to escape the bad conditions of being subject to nature and disorganization.

Once this goal is surpassed, however, nothing holds society together except the maintenance of what is already there. This bores the excellent, and allows the mediocre to assume power; it also produces masses of peasants who then revolt, usually at the moment when a foreign enemy appears, and attempt to seize power. The alliance between neurotics and idiots then overwhelms the rest because, according to the ancient usage of “common,” idiocy and neurosis are abundant while quality is rare.

The only way to handle this situation is to treat humans like humans instead of robots. That is: the society must discover a transcendental goal below the level of religion or politics, something like a desire to live for excellence in accord with the unique and anti-universal principle of that culture. Then, in order to support this, the society must aggressively purge — exile — those among its people who are oblivious, neurotic, insane, retarded, criminal, perverse or otherwise defective. About 20% of each new generation will fail and need to be moved on.

The instant you say this sort of thing today, some clever young idiot will jump up and start talking about human rights. You know that your society is dead when its highest goal is not harming anyone, or getting along with everyone, because those goals are the opposite of the real goal, which is finding the right answer and achieving an end to the problem. These people are offering scapegoats instead of reality. And until we start removing them and sending them far away, they will rule us and everything we do will be for nought.

Equality must die for us to escape this face. Equality turns us into robots, and rewards the lower who have higher numbers over the higher, which in turn hands power to the mediocre neurotics because those are the only people willing to lie profoundly enough to attract the robots.

Equality is always what the lower want, because this is the only condition under which they have authority, because of those greater numbers and higher reproduction rates.

Imagine a society like this: a network of small cities, perhaps 70,000 people. No one is anonymous. There are bands of wise elders who rule each city, but behind the scenes. When people do idiotic things, legal or illegal, this is brought to the attention of the elders. The elders then look over the sum total of everything this person has done to see if the balance favors destruction or creation. These elders have one ability: they can force people into exile. When they sense someone is inane or corrupt, they send them away.

In this way, people who make laptops but are afraid to take a risk to improve those laptops are sent away. Their approach is inane and insane, as any group of actually wise elders would recognize. Someone who took a risk and failed, on the other hand, will probably face no penalty if they have a record of previously attempting good things and succeeding, or just doing good work. This way the risk-takers are not penalized, but the yes-men and parasites are ejected.

Most people are not terrible. They are simply what they are, like rabbits or mushrooms. They conduct life function and then die. During this time, they may think they have had some thoughts, but mostly they have had reactions or remembered the words of others. Some are good, and can have thoughts and create forward qualitative motion based on them. Others are bad, and their thoughts are directed toward destruction. Their loss is a gain for everyone else.

At the time of this writing, Western Civilization has a thousand years of slow decay under its belt. It will need to deport a sizeable number of its native population who are useless or destructive in order to achieve its greatness. Before it can do that, it must destroy the idea of scapegoats, including the notion of equality, which de facto scapegoats the more competent for the lower status of the incompetent. Only by eliminating this illusion can we move forward.