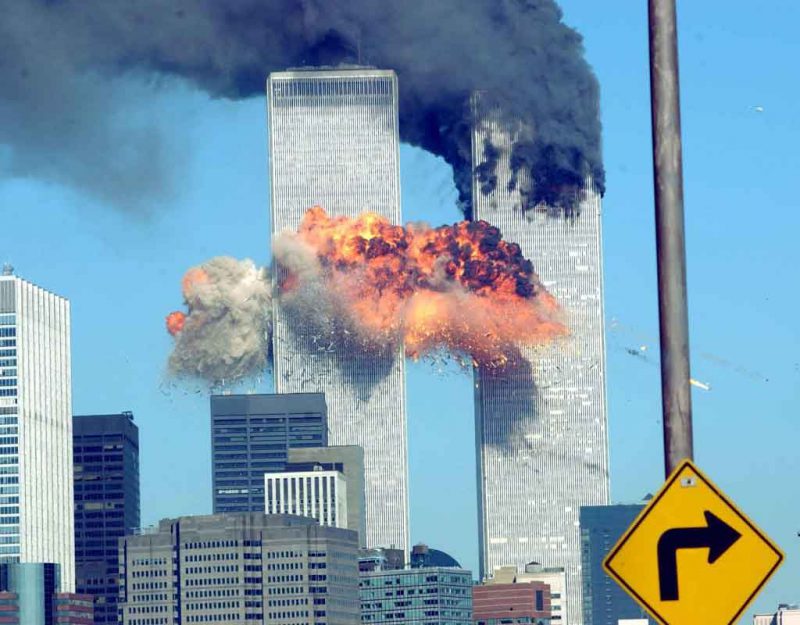 Every effect has one cause. This rule, among all others, describes our universe, which is based in part on the passage of time. A cause at one point leads to an effect, and that solidifies the relationship between the two to the exclusion of all else.

Causes can be multiple, which is why Plato referred to them as “forms,” or the patterns that produce the patterns that we see in reality. When you get warm seas plus a crosscurrent at a certain atmospheric pressure, a pattern of winds called a “hurricane” may form.

When a pattern repeats, this usually means that there are underlying causes plus trigger events that make it occur. Oftentimes this consists of a changed environmental condition and a response that normally would be optimal, but now is fatal.

Natural species show us highly individualistic critters. They find food when they need it and search for mates, but otherwise they do not concern themselves with the outside world. It allows us to pick them off one by one, since they never attack en masse.

If all of the bunnies of the field ran at the hunter and started to bite and claw, your average rabbit hunter would be doomed, and soon rabbit hunting would be a thing of the past. But rabbits are individualists, so they run away from the danger to protect themselves.

This means that the hunters can walk through the fields killing rabbits until eventually there are too few rabbits to avoid inbreeding, and then the rabbits go away. This has not happened with rabbits, who breed quickly and bountifully.

However, it happened to the passenger pigeon, almost to the great buffalo, thoroughly to the Dodo bird, and no one has seen a Carolina parakeet around recently. Animals that could act by mass collectivism instead die one by one.

The same will happen to conservatives. They rely on the rugged individualism that says that if you see a rise in crime in your neighborhood, you move, because fighting that crime could endanger you.

No doubt they praise valor in battle, and tackling terrorists on trains, but these are acts where there is no escape and the individual gains by fame. If the trolls move in to your neighborhood, you move, but if there is a war on trolls, you fight.

In the simplest sense, the pattern of civilizations is that they slowly destroy themselves. They do this through a simple method: the civilization replaces reality as the mediator of what is successful or not.

For this reason, people do what makes civilization happy, which tends to follow social constraints and not logical or realistic lines. Given prosperity, any civilization will default to the shopkeeper/hipster standard of “everyone is welcome, if they have money.”

This individualism — the individual over all else — only became legitimized during The Enlightenment,™ when the idea of the human individual possessing value in itself and being more important than social standards became glorified by intelligentsia.

It was celebrated centuries before in the peasant revolts and the Mongol kingdom, which replaced organic culture with centralized bureaucracy in the “Mandarin Method” model. Since it was popular, it quickly overtook over cultural movements.

Conservatives adopted this individualism during the world wars, when we decided that we were good because we had freedom, and the other guys were bad because they were conformists who acted in unision and oppressed the individual and his desire for self-expression.

In this way, those wars mirrored and continued the Napoleonic Wars, which showed democratic societies going to war with traditional ones. By the time of the twentieth century, little of that tradition remained except a resistance to mob rule.

The rise of conservative individualism hit its high water mark in the 1960s when conservatives decided to become libertarians, dedicated to individual rights and free markets, instead of preservers of culture and tradition.

They had to do this because the groups that showed up as impoverished factory workers during the previous century had finally risen in society, and so now Irish, Italian, Puerto Rican, Polish, and Jewish names dominated many industries.

With this loss of culture, citizens became purely economic units. They expect no reward except individualistic reward, meaning an increase in individual money, power, and status. The Nietzschean “last man” arrived thanks to diversity.

When conservatives adopt individualism, they become Leftists. You cannot preserve tradition, only the ability to be traditional at personal expense, which places the individual in question at a massive disadvantage, so fewer will do it every year.

Since our modern age was brought on by the Enlightenment™ and French Revolution, conservatism has always been at a disadvantage, since it stands against those things and tries to reduce or at least slow down their influence.

However, when conservatives became individualists, they entirely lost any relevance. All they could offer was doing things the hard way, and losing, so that you could claim you were doing what was morally right.

This led conservatives to begin behaving in symbolic ways. They would fight abortion, make brave speeches about history, and wave the Bible. However, after that, they went home and did nothing, since they had already attracted fame for “doing the right thing.”

Rugged individualism worked for us when there was less civilization. We could each take care of ourselves, and indulge in optional charity for feelgood moments, and everything turned out OK because we were still struggling with nature.

Now that technology and most of all, the size of the population, has taken over from nature, it no longer matters if you achieve anything in reality. The signals dominate all else, and your social signaling determines how seriously people take you and the opportunities for you.

We wonder why sociopaths and psychopaths get ahead, but the reason may be clearer than most think. They can sever the link between signal and what it refers to, which means that for them, all signals are correctly recognized as manipulations unrelated to reality.

Conservatives — in theory — recognize that this is a path to doom where the needs of the many outweigh the needs of civilization, culture, tradition, heritage, history, and realism.

To fight it, however, we must become collectivists, and act not just for our own individual advantage, but for the needs of civilization and organic culture.

Most will not do that. They would rather make nice homes for themselves, wait for the eventual race war or “ratpure,” and ignore the steady creep of everything bad into their worlds. To them, it is just an ongoing disaster to filter out, like traffic tickets and crime.

When you exist in a civilization, you can no longer think of the self but group survival. In a diverse society, that means finding your group and exclusively dealing with them while doing what you can to keep other groups from beating you down and stealing from you.

That offends postwar conservatism, which imagines itself still upholding the rule of law through fairness and equality. These people just want to signal their goodness, then go back to their middle class lives and ignore the larger problem.

If you wonder why the big conservative names, both above and underground, rail against “collectivism,” it is that they fear the moment we unite because at that point, they become irrelevant. Their careers nosedive.

For them, being good individualists, the goal does not matter; what matters is selling media, blog clicks, books, and movies. They will never tell you what needs to be done because it will abolish their own careers.

They like to endorse religion and capitalism because these are do-nothing items. You can go to church, and try to convert maybe a dozen people in your lifetime; you can keep earning money, so long as you keep paying those diversity taxes!

We have created a society where people exist solely as economic units because when we strip away organic culture, only self-interest remains, and then people run in all sorts of different directions because they have nothing in common.

Self-interest can be understood only in the most linear of ways, measurements such as economics, power, and social status. Nowhere in there does the process become reversed toward sanity, where we see that the value of those things depends on the health of civilization.

People do not understand that conservative collectivism means all of us working together to assert culture and destroy Leftism and Leftists, not another government program paying out free money to voters.

However, it means doing what mainstream conservatives have so far rejected, which is giving up the decay philosophy of individualism, and thinking in the context of civilization, culture, and the long-term future of both.

If you wonder why conservatives always lose, consider that it is that they are stuck on this point and afraid to advance.