CNN Reveals That The Media Is A Mafia 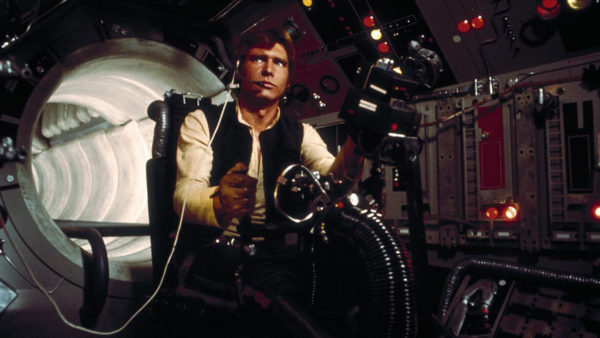 CNN has now followed the same path that every human organization takes once it has achieved a first strike, become accepted into society, and thus has become “just another job” which because it is no longer relevant, acts like organized crime in extracting wealth from the rest of us.

Consider how other groups have abolished themselves. Nothing else CNN has thought of lately has achieved anything close to the tactical success 9-11 brought to Al-Qaeda. The problem is that once Al-Qaeda had achieved its victory, it became “a thing.” Then everyone wanted in, and soon the organization could not launch other decisive strikes, but had lots of Oompa-Loompas running around doing ineffective stuff.

The same thing happened with organized crime when, having penetrated our society through unions and public institutions, it became accepted as just another form of quasi-legal parasitism. “Oh, it’s a career path now,” said lots of people, and joined in for the free money chain. Whether your job is flipping burgers or shaking down marks, it is still just a job, and the bloat settles in with that realization.

CNN won a similarly Pyrrhic victory in 2008. The Proggy Jesus candidate won the White House and the Democratic Wing of The Democratic Party has unassailable majorities in Congress. CNN’s business plan of being a propaganda organ aimed at undermining the current American status-quo was now debunked. The people who needed the current paradigm weakened by the media were now various factions of Rightists watching Fox News.

CNN then began to travel the arc that Eric Hoffer predicted useless political movements travel in his masterwork The True Believer. It started with a cause that a fair number of people identified with and found righteous. It then degenerated into a business. As with organized crime, acceptance meant that the purpose of the organization was achieved, and it began to decay from within by becoming just as bloated as confused as your average corporation or NGO. Same with Al-Qaeda. Same with the Cosa Nostra.

CNN now hoards and manipulates information for self-interested rather than ideological reasons. They now understand and deploy the same destructive power that Tom Brokaw unleashed on Richard Jewell.

On Wednesday’s edition of CNN’s New Day, hosts Chris Cuomo and Alisyn Camerota addressed the apology the network was able to get from the Reddit user behind the gif of President Trump wrestling a CNN image superimposed on WWE founder Vince McMahon. Trump tweeted out the gif and received widespread condemnation from the mainstream media. “Something remarkable I thought happened yesterday, I thought it was remarkable that CNN found the Reddit user who created the gif of Donald Trump and the wrestling video and where he punches CNN, so the investigative team went back and found the guy who first created this he took credit for it, and then here comes the remarkable part, he apologized. He apologized for having done this,” Camerota said. “This is a very full-throated I think genuine honest apology. He has also asked we not reveal his name or whereabouts and we at CNN are honoring that,” the co-host also said. Notably, CNN decided not to reveal the identity of the Reddit user, HanAssholeSolo, if he issued an apology and promised not to continue publishing racist material.

Kumbaya was sung by all. And as long as you weren’t the one standing next to Han’s Asshole while it sang, I’m sure it just sounded epic. Han’s asshole had grown…but then we get the Progressive Undertow.

CNN’s ‘KFILE’ publisher Andrew Kaczynski wrote the network would not be publishing the identity of the user “because he is a private citizen who has issued an extensive statement of apology, [that] showed his remorse.” “CNN reserves the right to publish his identity should any of that change,” Kaczynski warned in his article. UPDATE (7/4 @ 8:34 AM ET): On Wednesday morning, Kaczynski tweeted out some details of the user: “Need to point out again HanAssholeSolo is a middle aged man. People claiming he’s 15 are wrong. Some are intentionally spreading this.”

At the end, the declining organization becomes a racket. CNN is now telling people what they are allowed to put up on social media. Nice life and family you have there. Wouldn’t it suck if anything happened to it. We can sell you CNN Lifelock. Give us your First Amendment Rights, and you can go from a 1.0 probability of CNN ruining your life the way Brokaw ru-rued Richard Jewell, or you can stop publishing your crimethink.

They are making you an offer you cannot refuse. Like Amerigo Bonasera in The Godfather, HanAssholeSolo is now an owned man. CNN must be fought with the same ferocity The Taliban was fought in Afghanistan. Let every meme be loosed. Let every 4,8,16, oh hell, 32-Chan keyboard warrior report to hi/her/zir battlestation. CNN must be rendered as broke, pathetic and irrelevant as MTV. At least needs to happen if you want next year’s Independence Day to represent more than just the profit margin for makers of fireworks, hot dogs and beer.

Why American Health Care Is So Expensive | Are Today’s MFA Programs Really Worth the Investment?