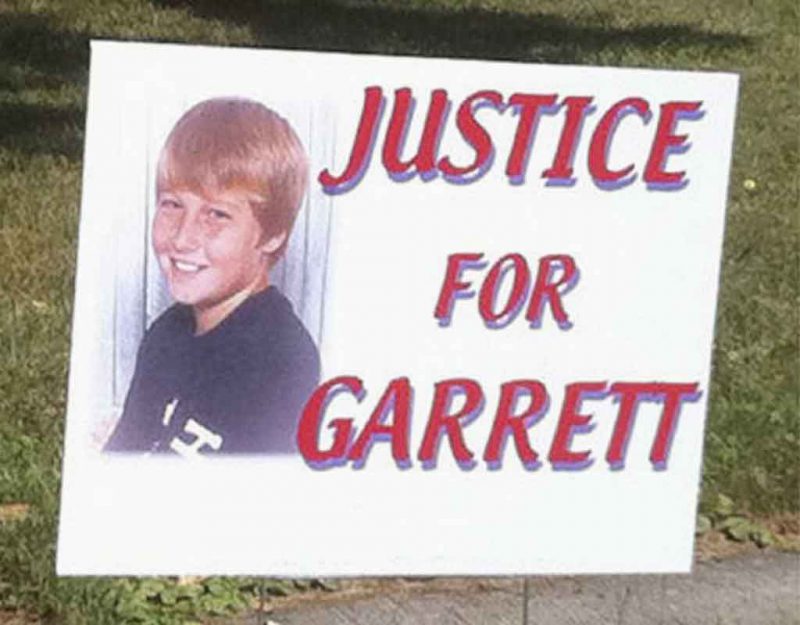 Watching the documentary Who Killed Garrett Phillips? (2019) one gets a sense of To Kill A Mockingbird (1960) turned inside out.

In the Harper Lee novel, a Southern town railroads a Black man for rape and the crowd of people supporting are stupid, “racist,” and selfish; in the Liz Garbus documentary, a nation adopts the viewpoint that a Black man indicted in a small town must have been a victim of racism and not his own decisions.

The standard riff comes out early on, exhibited by many news articles:

Laying out a timeline of Garrett’s death and the earliest decisions by local and state police to focus on a single suspect rather than pursue other potential leads, the film slowly builds its story around the incompetent and often racially biased work by the officers who professed to care so deeply about the crime. They immediately go after Nick Hillary, a Jamaican-born soccer coach at Clarkson University, who, in addition to being one of the few black men who lives in Potsdam, had also dated Garrett’s mother, Tandy Cyrus.

To her credit, however, Garbus shows the other side of the issue as well, which reveals a shocking truth: Nick Hillary was treated like anyone else, Black or White, would have been.

Here are the salient facts that got him indicted:

In addition, Hillary behaved like a murder suspect. He could offer no reason for why he went to the school, and claimed he often took the route he took home from the school to visit his assistant coach, although he could not recall if this is what happened that day.

The difficulty here is that Potsdam, NY is a small town. All of the events happened in a four-block square area, and all of the potential suspects were in that area with the victim at the time.

Prosecutor William Fitzpatrick said Brown is too unreliable of a witness for the judge to call a mistrial.

“Our position is very simple – Mr. Brown has a memory that defies reason … he was specifically asked by Lt. Murray … he had no knowledge of who committed this murder,” Fitzpatrick told the judge on Wednesday. “After John Jones had been identified in the media as a suspect … he suddenly remembers ‘I saw the dead kid going into the house with John Jones.”

That’s where the witness, Andrew Carranza, comes in. He was a U.S. Marine, flown in from duty in Hawaii for Hillary’s 2016 trial. He’d previously described to police hearing noises outside the crime scene, but said he didn’t see anyone.

Yet in a recorded phone call, Carranza describes planning to change his story on the witness stand to implicate Hillary.

“I could see the person,” Carranza says in the call, provided to HBO. “But I couldn’t make out the person because he was so (bleeping) black. I couldn’t (bleeping) see who it was.”

No matter what your race, the first question the police ask of anyone who knows a victim is “Is there anyone you can think of who would want to do this?” and, if everyone in that person’s life identifies you, you will be suspect number one from the start.

On top of that, Hillary’s alibi rested on the word of his daughter, who was obviously lying:

In Shanna-Kay’s cross-examination, the prosecution brought her attention to surveillance footage that showed her walking home at 4:02pm, which would have gotten her home at 4:12pm, and therefore into the shower at 4:22 pm. Prosecutors also referenced two interviews Shanna-Kay gave in 2014 and 2015– in both interviews, she said she ate dinner at 6pm. However, Shanna-Kay’s phone records show she texted her father at 6:24pm, asking “What’s for dinner?”.

If you look at the sum total of the evidence, it is clear that Nick Hillary committed this crime, however it is equally clear that most of us would have trouble voting for his conviction in this case.

It will shock residents of Democracy Inc., most of whom know nothing about our legal system or political system, that not every case can successfully be brought to trial.

Police stations are fully of “unsolved” solved cases where they know who did it but cannot prove it. Serial killers get away with their crimes for years, often despite having taken few forensic precautions, since they leave little evidence.

In most cases where a woman has a new boyfriend and the child of her previous boyfriend or husband is killed, the killer is the new boyfriend. The same applies to molestation. This is an old and tired story.

Nick Hillary, even if he had been 100% White, Christian, and Republican, would have been the obvious suspect within minutes of this crime being committed in any jurisdiction in the United States.

For investigators, the problem was a lack of other suspects. There was no sign of forced entry, so the victim either let in his killer or the killer had a key. Witnesses at the apartment, badly placed to see the killer exit, were well-placed to see anyone else arrive.

We know Nick Hillary did this killing. However, the case was not strong since in the current era, juries expect DNA and fingerprint data, but there was not strong evidence there.

It was clear how the case was going to go once it went before a non-White judge.

So who screwed us here?

No one will say it, so I will, as usual: the bastard here is the mother, Tandy Cyrus.

If you hop from one male to another, letting them into your lives and then ignoring the problems that are created until they are out of control, but then keep them around for booty calls… don’t be surprised when one of them kills your kid.

Even more, once that happens, try not to play the innocent victim. You did this. You made bad decisions, and they came back to bite you in the ass, but at that point, you wanted Democracy Inc. to magically solve it for your narcissistic self.

Instead, we get a double loser: the case no one can win, which upsets voters but is a fact of life in a legal system with endless checks and balances. The luvvy Left wailing about non-existent “racism,” while the blithering idiot Right raves on about God and justice.

It really is comedy to see the trash people left over from a few generations of straight democracy passing the buck, always blaming someone for “racism” or “injustice,” but never looking at the obvious fact pattern.

Add to that rewards for any who cater to the herd mentality audience and their desire for making it appear as if diversity is working, and you have a situation where nothing can solve the case.

Garrett Phillips was doomed when he came into this world. He got a race-mixing slut of a mother in a society so divided by diversity that it cannot deal with the Black defendant in the custody of White cops.

He got a domestic situation so unstable — Nick Hillary left his wife for Cyrus — that it was guaranteed to end in tragedy, and yet none of the “responsible” adults around would do anything about it.

The Left blaming John Jones for this is comedy, given that we have video evidence of Jones at home at the time. They are dishonest, those Leftists, and will believe anything that lets them believe that democracy, equality, and diversity will work.

In this case, we see a giant pile of tinder made of bad decisions by the voters and Cyrus, a little spark from Nick Hillary, and then a bunch of people upset that no one can apply a band-aid fast enough.

Nope. You have to face facts and recognize reality: the situation itself is unstable, and nothing can fix it. This is the beginning of wisdom.