Who are you better than? 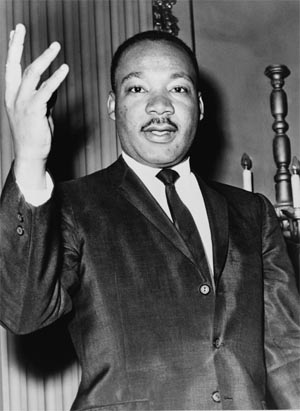 Modern people suffer from an intersection of low self-esteem and high self-interest. As a result, they are scrabbling desperately for something to make them seem smarter. Maybe that’s why they turn to Hollywood producers to learn history. There’s been a resurgence in this quotation:

“You know when I was a little boy, there was an old negro farmer that lived down the road from us, named Monroe. He was … (subtle laugh), I guess he was just a little more luckier than my daddy was. He bought himself a mule.

It was a big deal in round that town. Now my daddy hated that mule. Cause, his friends were always kidding him about, “They saw Monroe out plowing with his new mule and Monroe is going to rent another field now he had a mule.”

One morning that mule showed up dead. They poisoned the water. After that, there wasn’t any mention about that mule around my daddy. It just never came up. One time we were driving down that road and we passed Monroe’s place and we saw it was empty. He just packed up and left, I guess, he must of went up north or something.

I looked over at my daddy’s face, I knew he done it. He saw that I knew. He was ashamed. I guess he was ashamed. He looked at me and said, “If you ain’t better than a [African-American] son, who are you better than?”” – Agent Anderson, Mississippi Burning

As noted on this blog of late, people are calling the Tea Partiers “racist” because (a) it’s a version of the insult the left uses against everyone — you don’t support class war, therefore you’re on the side of the elites, who since we’re all equal could not possibly deserve their elite status and (b) because the Tea Party is the beginnings of a white middle class separatist movement, those having learned that the “progressives” don’t just want space for themselves; the “progressives” want to destroy the comfortable, hard-working, traditionally-minded silent majority. They just claimed they wanted to help, and justified it with pity for minorities, gays, women, you name it. The justification isn’t the reason why. The Tea Party figured it out: progressives are in it for a power grab.

So now, just as in 1860, racial class differences have become front and center in American politics, and they obscure the real reason for the Tea Party’s fusion of libertarian and conservative principles (escape Nanny State government, live traditionally, reward the best and don’t subsidize the rest). Yet despite all the hype from the media, it’s hard to buy into the idea that the Tea Party is a cloaked Klan meeting. And the facts bear that out, if we look past the headline:

But what about the racial stereotyping items? The lead investigator, political science professor Christopher Parker, graciously provided me with the fuller dataâ€”which strongly contradict the notion of the Tea Parties as a unique hotbed of racism.

Thus, while only 35 percent of strong Tea Party supporters rated blacks as hardworking, only 49 percent described whites as such. While the gap is evident, these responses are close to those for all whites (blacks are rated as “hardworking” by 40 percent, whites by 52 percent). While whites who are strongly anti-Tea Party seem free of bias on this itemâ€”blacks and whites are rated as “hardworking” by 55 percent and 56 percent, respectivelyâ€”this is not true for intelligence and trustworthiness. Whites in every group are less likely to rate blacks than whites as “intelligent” by similar margins: 14 points for Tea Party supporters (45 percent vs. 59 percent), 13 points for all whites (49 percent vs. 62 percent), 10 points for Tea Party opponents (59 percent vs. 69 percent). On “trustworthy,” the gap is smaller in the pro-Tea Party group (41 percent vs. 49 percent) than in the anti-Tea Party group (57 percent vs. 72 percent). One could write headlines about the “racial paranoia” of white liberals who consider blacks less trustworthy than whites! – Reason.com, “Race and the Tea Party movement,” April 27, 2010

That is indeed interesting. If my hypothesis is correct, white liberal “anti-racism” is more about grabbing power than helping anyone out, or even liking them. After all, most white liberals live in white suburbs. But claiming that you’re helping the pitied — the homeless, minorities, victims, the diseased, women, homosexuals and so on — you make yourself look like a moral White Knight coming to save us all.

Who can argue against you? If you argue against the White Knight, by the terms of our binary view of the world, you’re the Black Knight. You’re not Jesus, you’re Satan. You’re not Aragorn, you’re Saruman. You’re not the enlightened modern person who is coming to save us all from the ignorance, violence, and instability of the past. No — instead, you’re some ignorant bastard living in a trailer who hates black people because he needs someone to feel superior to.

Nevermind that in this society it’s easy to find people to feel superior to. Just go to Wal-mart or a convenience store. No matter how screwed up your life is, someone will wander in who will make you look rich as a king. But if anti-racism can be a justification, what does that say about anti-racists — is it possible they’re trying to feel superior to someone, too?

That would make sense, after all. We’re all human, and if racism is a human failing, anti-racism done for the wrong reasons could also be one. Thomas Sowell investigates our fear of race in this country:

In our own times, especially, this is not just a spontaneous reaction. Many of our educators, our intelligentsia and our media — not to mention our politicians– promote an attitude that other people’s achievements are grievances, rather than examples.

When black school children who are working hard in school and succeeding academically are attacked and beaten up by black classmates for “acting white,” why is it surprising that similar hostility is turned against Asian Americans, who are often achieving academically more so than whites?

This attitude is not peculiar to some in the black community or to the United States. The same phenomenon is found among lower-class whites in Britain, where academically achieving white students have been beaten up badly enough by their white classmates to require hospital treatment.

These are poisonous and self-destructive consequences of a steady drumbeat of ideological hype about differences that are translated into “disparities” and “inequities,” provoking envy and resentments under their more prettied-up name of “social justice.” – Thomas Sowell, Townhall.com, “Race and Resentment,” May 4, 2010

When people automatically assume that any inequality is an injustice, a pervasive climate of hatred rears its ugly head. That in turn creates an audience who will elect as their champion anyone who confirms their prejudices. And since we automatically assume injustice when we see inequality, that makes anti-racism as much of a prejudice as racism.

Even more, in a society where we strive to look “intelligent” and “educated,” our social status is determined in part by the opinions we hold and whether those appear elevated and progressive to others, as this passage from an insightful novel reveals:

When it was over, the three of them looked at one another, and Glenda, the English baby nurse, spoke up, with considerable agitation.

“Well, I think that’s perfectly disgusting. The colored don’t know how good they’ve got it in this country. I can tell you that much. In Britain there’s not so much as a colored in a police uniform, much less an important public official, the way they have here. Why, there was an article just the other day. There’s more than two hundred coloreds who are mayors in this country. And they want to bash the Mayor of New York about. Some people don’t know how well off they are, if you ask me.”

She shook her head angrily.

Kramer and his wife looked at each other. He could tell she was thinking the same thing he was.

Thank God in heaven! What a relief! They could let their breaths out now. Miss Efficiency was a bigot. These days the thing about bigotry was, it was undignified. It was a sign of Low Rent origins, of inferior social status, of poor taste. So they were the superiors of their English baby nurse, after all.” – Tom Wolfe, The Bonfire of the Vanities

The American racial problem has not gone away despite two centuries of trying. Part of the reason is that no matter who is in control, and whichever side they’re on, there’s too good of a chance that they’re not trying to solve our problems at all — they’re just trying to be “better than” someone else.

When we look out at the vast liberal blogosphere, in which 35-year-old bagboys get to pretend they are erudite college professors, we’re seeing a group motivated by a desire to raise social status and take revenge on the majority, who they dislike because that majority is successful.

This is why liberalism fundamentally appeals to the alienated: it makes excuses for failures, creates an enemy, and makes a group hatred out of this perceived wrong. In our desire to do right by our racial problems, we should make sure we don’t get ensnared by this violent emotion — because it’s every iota of the same uncontrolled blame and rage that propels a lynch mob.