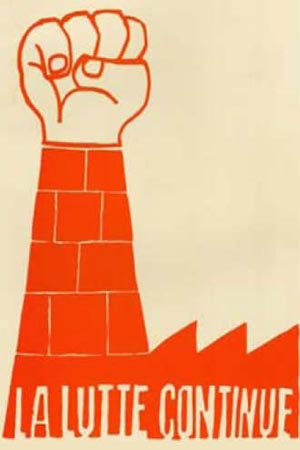 Europe is awakening to the fallacy of globalism, which comes to us in the form of immigration and superstates like the EU. This is part of Europe’s general awakening to its own decline, which it has been able to hide for years under “easy answers”: super-simplified partial renditions of the truth that are more justification than reason.

For example, WWI was explained away as a momentary madness, not an attempted resolution to the events set into motion by the revolution of 1789. That didn’t work, so we got WWII, and with it, more easy answers. “He was a madman!” they said, forgetting that Hitler got elected because problems existed that still remain, and had remained since WWI.

Europe could not find a direction, and democracy was leading it away from tackling the important but difficult issues. Hitler did not create himself; the time created Hitler because a problem lingered and after Germany lost the war, continued to linger. It was the same problem that occurred after WWI, which was itself a struggle for direction to leadership after democratic revolutions replaced monarchs with demagogues. The old order rebelled.

The easy answer was, of course, to destroy the old order. “Then we’ll have peace!” they said, and nodded their heads vigorously, as if they’d said something wise. For a long time, people believed them. Get rid of the kings and princes, get rid of the idea of a right way of doing things, and liberalize our entire society so that people can do whatever they want.

That in turn produced a society that lived for the lowest common denominator, and became decadent and crass, blind to beauty and whorelike in its manic pursuit of pleasures to sidestep its lack of direction and insensitivity to the idea that life could be meaningful.

That society in turn produced a generation of people in the 1960s who demonstrated the greatest degree of selfishness yet recorded. They wanted easy sex; they invented “free love.” They wanted their venal acts to not be observed; they demanded freedom. Finally, they wanted to stay children forever, so they threw away the notion of family and lived for their own pleasures and when those deconstructed themselves, their personal wealth, at the expense of their community.

In the 1990s, society responded to the social disaster that these people presented by importing new people. After all, the indigenous ones — who had wrecked their families with free love and selfishness — were not breeding and no replacement workers would mean the economy would collapse. It was 1984 in reverse — instead of Big Brother controlling the people, the people created Big Brother through what they forgot to do.

Since the 1990s produced a maturing generation so cynical that they adopted no ideology whatsoever, the dogma of the 1960s — updated into political correctness, a slick advertising-style take on Marxism — kept rolling right into the 2000s. “The problem is that we are oppressed,” the people said with gaping expressions, and it almost sounded like they were right.

Fast forward a few years, and as the 2000s close, the silent plurality who have their act together — chaste families, sane careers, actually possessing souls, not buying into the easy answers of liberal politics — are demanding change. These 1960s ideas had fifty years to work, and they’re not, so let’s throw them out, they’re saying.

It is unclear when and why Dr. Thilo Sarrazin, 65, the child of a doctor and a Prussian landowner’s daughter, who supposedly did a decent job during his time as finance minister for the city-state of Berlin and who had unusual ideas, became a seducer. Did he see himself as a future chancellor, and was he bitterly waiting in the wings to be nominated by his Social Democratic Party (SPD)? Would he have preferred to become the CEO of Deutsche Bank instead of “merely” a member of the executive board of Germany’s central bank, the Bundesbank? Does he relish the role of agent provocateur and popular guest on German talk shows? And is he truly worried about the absurd concern that Germany is “doing away with itself” — as the title of his new book claims — by tolerating too many foreign influences in its society?

Opinions may differ among those who seek to interpret Sarrazin’s behavior. The important thing is that he is someone who has gone from being a tough-talking, audacious politician and anarchic prankster (see quote gallery) to a racist anti-Muslim who makes up nonsense about the genetic basis of intelligence and the “German-Jewish origins of intelligence research.” Those ideas have prompted him to voice his concerns over Germany’s “cultural identity” and “national character,” and to blame Muslim immigrants and their supposed non-culture for all the problems of integration — ignoring the fact that both the immigrants and the host country have a responsibility. – Der Spiegel

Ah, blame. Who cares about who has a responsibility? The only responsibility that matters is fixing the problem. Sarrazin is voicing in public what many have said in private, which is that globalization, or the process by which a nation becomes a suburb of the One Global People and its superstates like the EU, destroys national identity and with it, the ability to have any meaning in life whatsoever. Without culture, there are no rules, no norms, and no goals. There is only your job, what you buy, and the bar you visit nightly to try to drink away the existential emptiness.

But for now, people of the old order — the 1960s order — will continue to sharpen their claws and vent their spleens, confident that the popularity of their statements will make them rich and powerful at the expense of poor clueless wretches like Sarrazin. Or will it? As said above, time has passed since 1968 and 1789, and neither has brought the great deliverance and Utopia that we hoped for. Yes, we’re all “free” now, but with that comes a lack of any direction other than following the crowd in its pleasures. Where we used to tell ourselves that the old empires were bad and we don’t do evil things like they did now, we’re starting to realize that there’s a greater evil in false promises: wasted time and energy, and empty soulless lives.

Sociologist Dr David Bartram carried out the study: “Economic Migration and Happiness: Comparing Immigrants’ and Natives’ Happiness Gains from Income.” It was published by Social Indicators Research online on 27th August and will be printed next year.

He sought to establish whether those people who were motivated by higher incomes in a wealthy country actually gain greater happiness via migration.
…
“The results suggest that economic migrants might well experience disappointment. Migrants do gain happiness from higher incomes, to a greater extent than natives — but the relationship is weak even for migrants. In fact, it also works out that migrants are less happy than natives. The probable reason is that they expect to be happier by virtue of earning the greater incomes available in a wealthy country — but they end up wanting even more after they get there: aspirations probably increase at least as much as incomes. – Science Daily 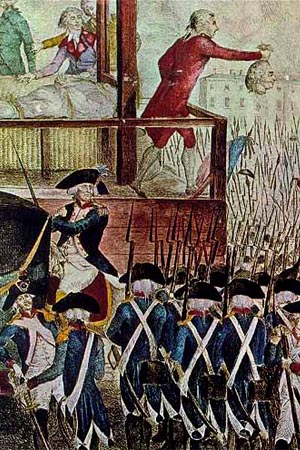 Globalization promises wealth to the poor, but then they find a lack of anything but wealth does not solve their problems. It simply transfers them, and as they surge into new hosts nations, it dissolves those nations, in effect killing the goose that laid the golden egg. Similarly, European nations are finding out that joining superstates like the EU allows a group to make decisions — and that, as in all mobs, those decisions inevitably become a wealth transfer from the powerful to the weaker, because the weaker always outnumber those who have risen above.

Makes you wonder what other easy answers are out there. Diversity, a fallacy? Technology, not our savior? Overpopulation, more real than global warming? Legal drugs, a gateway to failure? The crowd loves easy answers and so they pick illusions, but as the silent plurality discovers its own mental clarity on this issue, they are mobilizing against the clueless mob with a more powerful weapon than any dogma or clever wording: the historical record that shows our 1789/1968 social inclinations have not brought glory, but misery and deconstruction.