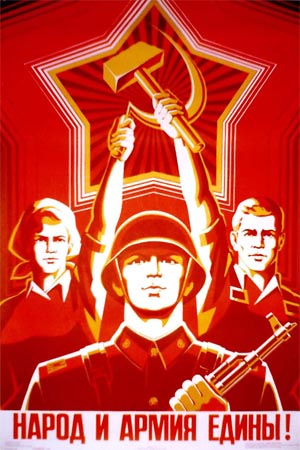 The fall of empires, like our own deaths, is a difficult subject. No one wants to end up on the losing team, so no one wants to believe it can happen to them. If we just push it out of our heads, maybe it won’t happen — or will happen in such a way that we don’t notice, and so don’t have to face the horror of it all.

But the thing is that we take our lives into our hands every day. Just walking across the street can bring the end. In the same way, every single day a civilization, empire or society (pick your term; they’re all about the same) exists can be its last. Start a losing war, sabotage your infrastructure, or even just make a fatal economic decision and your empire is over.

However, history is not measured in minutes, hours, days, months, years or even decades. It’s measured in centuries. The policies we put into action today will reveal their success or failure in 2110, possibly, but more likely before 2210. Those numbers look weird because they’re a future beyond our lifespan. It’s unlikely anyone reading this today will be alive for either. But that’s how long it will take for the full consequences to shake out.

Think about it through this simple metaphor. If I decide to put a pond in my backyard, I can do the work in a few hours. Over the next few weeks, I’ll notice immediate responses: there’s less grass to mow, or it’s harder to get around the yard. Over the next few months, I’ll learn how much water it takes to fill and how much time it takes to clean.

And for the next five years, we’ll see the effect of the pond on our personal lifestyle and how we use the backyard. It will take the next two decades however to see what the structural impact of the pond will be. Did I interrupt the flow of water through the backyard, dehydrating flower beds? Does the pond leak, or did it conceal that sinkhole I should have been worried about? What was the effect on the critters in the backyard?

Right now, as people go out to wage ideological war for America, we’re seeing a big fear just under the surface: do we fall like the Soviets did? We’re all painfully aware from history that the bigger an empire gets, the more carefully it has to step, because it commits itself on a grand scale and has a long, long way to fall. And the higher up you go, no matter how much money you give away, the more you’re hated by everyone else for your success. Envy is always there.

One reason we’ve got large-scale political disagreement right now in this country is that it can no longer be ignored that our political actions have consequences. In the 1945-2005 period, we were rolling in cash and it seemed that no matter what policy we picked, it was up, up, up — with a few hiccups of course, but those were temporary and then we kept on rolling. Now people are seeing that the dice rolls have higher stakes.

The general designations of the ranking system for world status date back to the 1950s, and have included countries at various stages of economic development. Since the Cold War, the definition has come to be synonymous with repressive countries where a wealthy class of ruling elites segment society into the haves and have-nots, many times capitalizing on the conditions that follow an economic crisis or war.
…
6. Failing infrastructure: As 46 of 50 states are on the verge of bankruptcy, cities are going dark, asphalt roads are returning to the stone age, and nationwide budget cuts are leaving students without teachers, supplies, or a full-time education. These are common features one will see as they travel through the poorest of Third World countries.

7. Disappearing middle class: During the last presidential debate season, they argued that a family income of $250K was solidly middle-class. Well, Census data shows less than 15% of families make over $100K, and only 1.5% of families make over $250K. The income gap between the rich and poor has increased at a staggering pace, while many more middle-class folks join the ranks of the poor every day. Cavernous income gaps may be what Third-World nations are best known for.

8. Devalued currency: The value of the Federal Reserve Note (U.S. dollar) has declined 96% since the inception of the Federal Reserve in 1913. The value of the dollar is based on its supply in circulation and, to a lesser extent, the demand for those dollars. For the last three years, the money supply has spiked literally off the charts. It can be argued that the dollar has become America’s top export as the world’s reserve currency, and if the volatile dollar is scrapped, which the U.N. and IMF now suggest, then demand will plummet, killing the currency. – Some liberal

These are some ominous signs, and they suggest to us that we’d better get our act together, put our money and efforts in the right place, and quickly! If you want to know why the right-left debate is suddenly much more acrimonious, it’s because we’re not playing with Monopoly Money anymore. We’re playing for pink slips, and no one wants to make the wrong decision and become a burned-out white third world husk like the former Soviet Union.

Even more, we’ve finally got globalism to worry about. What is that, you say? Well, we’ve spent the last 40 years sending our cash off to countries who make us cheap consumer goods, and now they’ve ramped their economies up to compete with ours — and in some cases, they’re so much bigger we’re the ones at a stark disadvantage:

The prices of imported consumer goods will rise with increasing labor costs in emerging economies. Chinaâ€™s nominal GDP is growing at about 20 percent per year. The odds are that its labor costs will surge as its worker shortage bites.

Lastly, labor in the West will demand wage increases to compensate for current and future inflation. One may argue that high unemployment rates will keep wages in check. Think again. In the 1970s, the U.S. suffered a wage-price surge even with high unemployment because workers saw through the Fedâ€™s â€œgrowth first and inflation be damnedâ€ intention.

In 2012, the Fed will run out of excuses not to raise interest rates. As the excess liquidity in the global economy will be gigantic by then, the tightening will probably trigger a global crisis as asset bubbles burst. – Bloomberg

Americans would be content to act like this year is a repeat of 1945, 1968 or even 1987, when despite some hiccups our economy was still riding the post-war wave of wealth to dominate the world. Times have changed while you slept, American consumers. Now everyone else wants their piece of the pie, too, and they can out-compete us on cost, and probably more things as time goes on. With no really striking innovations waiting in the pipe, we also have to wonder: can we keep a lead as the designers of microchips, inventors of DNA tests and makers of hip movies that we have been as part of our “service economy”?

The Soviet Union died for many reasons, but the biggest was perhaps that it became the Communist version of the service economy, which is a dogma economy. A huge and calcified bureaucracy appeared which kept a few elites in power at the expense of the rest of society. These elites in turn demanded that everyone else obey the dogma, and filtered out those who violated dogma, which ensured their power but threw out legitimate, insightful critique along with the agitators.

We don’t have that kind of dogma elite here in the West, do we? Well… sort of. Just like the Soviets, we have expanded government into an industry. The single greatest increase in costs since 1945 has been the expenditure of the government on its citizens, through welfare and social programs. In turn, that employs a huge subsidized bureaucracy. Saying anything that deprives that bureaucracy of its legitimacy is now a big unhappy taboo.

Part One
Continued with Part Two

How to go out like the Soviets | When easy answers die