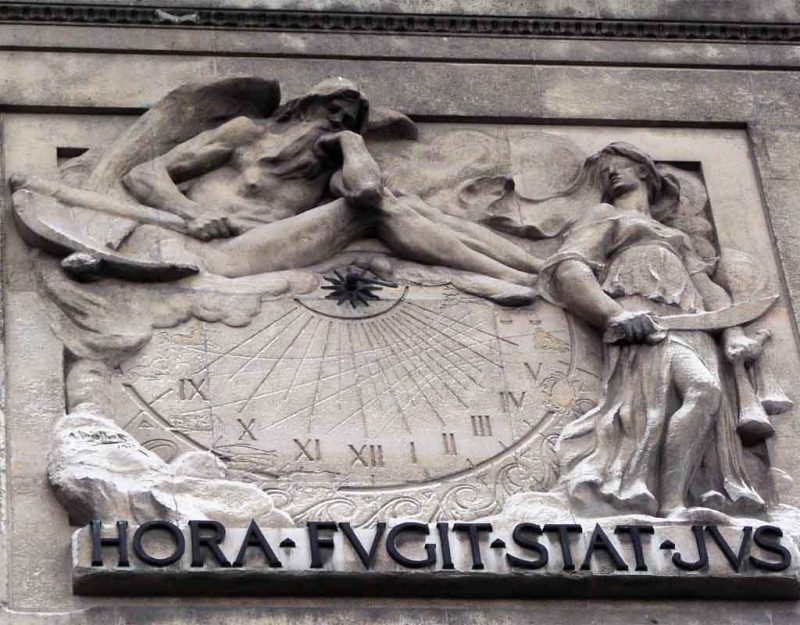 We live in a time of duality created by social pressures. On the surface, we have to endorse a universal belief in human goodness; in private, we acknowledge that many if not most people are crazy, bad, broken, and parasitic.

This duality persists in all that we do because it serves as the foundation for the Enlightenment™ era which celebrates the individual instead of transcendent orders that unify the inner self with external patterns, as is the traditional style.

In order to make this system barely functional, we adopt a strong internalized bias against anything which might be controversial. Sometimes clown world admits its bias when it accidentally reveals what it actually hates but hides behind symbolic issues like civil rights, freedoms, and the economy.

Consider when California banned IQ testing of black students because the results might be discriminatory:

In what some are terming a landmark decision, a three-judge panel of the U.S. Court of Appeals for the Ninth Circuit late last month upheld a lower-court ruling that prohibits California school districts from using iq tests to evaluate black students for placement in special-education classes on the grounds that the tests are culturally biased.

In affirming the 1979 decision of U.S. District Judge Robert F. Peckham, the appellate panel, by a 2-to-1 vote, held that the state “did not take reasonable steps to ensure that non-discriminatory methods” were used to identify and place black students in classes for the “educable mentally retarded” and did not make a reasonable attempt “to alleviate existing disproportionate enrollment.”

Technically, the appellate court’s decision in Larry P. v. Riles is binding only on school districts in Arizona, Idaho, Montana, Nevada, Oregon, and Washington State. But because of educators’ increasing reliance on standardized tests for the evaluation and placement of students, the case has attracted considerable attention nationwide, and the decision may be used as a guideline in districts outside the Ninth Circuit’s jurisdiction.

In other words, California began a rejection of IQ testing for students that soon went nationwide. This enabled the Left to attack its real target, inequality among white students. However, it was easier to talk about it in the context of Black students.

If you test a bunch of white students, you will find that their scores break down as you would expect by social class. The upper-middle-class kids do really well, the middle class kids do okay, and the poor kids do not do so well. There are exceptions of course, but generally this is the rule.

That offends the majority of people who see an affirmation of natural hierarchy. In a sane society, the smarter people are tested mostly for moral fitness, and the good ones go on to control the majority of the power, wealth, and prestige.

Among other things, that keeps this power out of the hands of those who do not understand it. Workers do not know how to run a business; average middle class people have no understanding of management or, worse, government. From them you get incoherent suggestions.

In other words, whites wanted to conceal their own need for hierarchy, and they projected this onto Blacks. For white class warfare to work, there had to be some “safe” reason — within our bias — to remove IQ testing.

Much as every public policy program is debated in terms of its effects on “the poor,” despite these being only a third of Americans, every educational program focuses on minorities in order to lower standards to the point where dumber whites can succeed.

In other words, whites are projecting their own needs onto minorities. This continues the idea of colonialism, where whites showed up and created white-style societies in countries which were not ready for them. This produced a huge population bloom and internal dissent.

Did whites intend this outcome? No, as usual, they had “good intentions.” They wanted to bring the benefits of civilization as they saw it to the world, forgetting that this civilization worked for whites but was unlikely to work for anyone else.

This one-size-fits-all thinking created a disconnect between colonized nations and their own cultures and peoples, which set the stage for not only revolutions, but centuries of internal warfare. Then, thanks to the structural changes made by whites, populations exploded, causing further misery.

Whites suffer from the fundamental solipsism that all humans, being big-brained creatures, do. However, whites project this onto others more effectively because of their background in science. To whites, the “objective” solution can be charted and proven, therefore applies to everyone.

When whites had sensible leaders, this was held in check by a certain recognition of class differences that extended worldwide. Old school whites accepted the kings of Ethiopia, Arabia, and the Orient; they saw the regular people as primitive, much as they saw their own proles.

The Enlightenment™ changed everything. Instead of complex social order which required a transcendent view of the world to see, the individual became the focus of everything. This designated “me first!” as the new philosophy of the West, which was a grave mistake.

For a solipsist, projection arises from the need for the world to reflect the self. Instead of a complex external order perceived through inner stillness and vision, the solipsist desires an order solely of themselves, something they extend to other (compliant) humans because they use the same language tokens and in theory understand the same things. The revengeful tendency toward executions and punishment of the Left originates in this thinking; those who are not compliant are viewed as enemies because their existence contradicts the illusion of solipsism.

Unnoticed by most, this outlook reflects a fundamental negativity toward the world. The self must be good, and indeed must dominate the world in order to contain it within the self, because the world must be considered bad. In this view, it is bad because in it the individual is small, which causes the solipsist to project himself into the most disadvantaged individual and demand equality for that individual, since he feels as if he himself is that individual.

This split in the European character may reflect what happened to the Neanderthals:

The findings, published Tuesday, March 12, in the journal Proceedings of the Royal Society B, suggest that Neanderthals developed massive visual regions in their brains to compensate for Europe’s low light levels. That, however, reduced the brain space available for social cognition.

“We have a social brain, whereas Neanderthals appear to have a visual brain,” said Clive Gamble, an archaeologist at the University of Southampton, who was not involved in the study.

As a result, the extinct hominids had smaller social and trading networks to rely on when conditions got tough. That may have caused Neanderthals to die off around 35,000 years ago.

More sophisticated data shows that the Neanderthals never died out, but were assimilated by the more numerous socially-inclined modern humans around them. All Europids have Neanderthal in their bloodline where other groups do not have significant amounts.

Socializing rewards the solipsistic. People who believe that the world is made of themselves appear to treat others as themselves, which creates a body of people united behind the solipsist. That perceived unity allows them to further indulge the solipsistic delusion.

As this creeping socialization took over, Western society lost its vision of the light and turned toward darkness. It began to consider the world evil, something that must be conquered with iron and fire.

While that made the West powerful, the power of the West would have been forthcoming anyway thanks to the remnants of its transcendental view, which saw the world as a series of patterns and therefore emphasized organization, rigor, and honesty.

The darkness of West made it a place where people retreated inward and rejected the world. That caused them to become defensive, and from that class warfare emerged. This ultimately culminated in using other ethnic groups as tools for our class warfare, like the Black students denied IQ testing.

If we are to rediscover our inner light, we must do so through transcendental thought, which requires not minimizing the individual as the Buddhists do, but placing the individual in a hierarchy in relationship to humankind and nature, including “invisible” orders like time and pattern.

That type of thinking requires not deductive logic as technology entails, but a search for similarities in pattern between self and world, and a slow balancing of these to be compatible in order to see the wisdom and goodness behind the world.

Our traditions talk of idealizing the transcendentals — usually “the good, the beautiful, and the true” (actual, real) — but these things convert to one another. The real is logical, therefore good, and there is a beauty in that where form fits function.

Meditative thinking of the sort described here requires an intense sense of understanding the why behind events and tendencies in the world, one that corresponds to our intuition, despite our intuition being hidden in our inner selves from years of socialization.

When we discover our inner selves, we can find the good in the world again, and through that, stop being solipsistic and using parts of the external world as a means of proving our solipsistic vision to ourselves.

Returning to the topic at hand, IQ testing provides the most important assessment a school can make. Kids divide into three bands, with the upper-middle-class needing college and graduate school, the middle class needing high school, and the working class needing only through fifth grade.