What we need to fix as a species 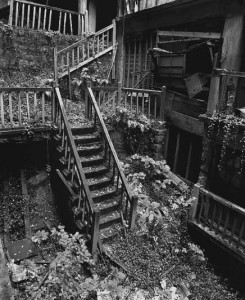 The “problem” with humanity, if you want it in a nutshell, is that we can choose what to believe and we can choose to ignore a necessary activity for a fun one.

While we might expect that behavior from orangutans and chimpanzees, our closest relatives, we also see it all the time in humanity.

As Matt Thomas says in his classic article, “Why free software usability tends to suck”:

The converse also applies. Many of the little details which improve the interface â€” like focusing the appropriate control when a window is opened, or fine-tuning error messages so that they are both helpful and grammatical â€” are not exciting or satisfying to work on, so they get fixed slowly (if at all).

Translated from his somewhat delicate reference: people only do what they find fun.

Of course, this is a powerful motivational tool, if we can make things fun. But some just aren’t going to be. Our current means of controlling that is an economic system where some get to live the life divine and do the fun stuff, and others don’t have to. Mostly, it sorts them by competence, so it works better than the option, which is state assigned jobs and uniform rewards (raw socialism).

But there are still tasks that need doing, if we want our tools and technologies to be top notch.

It’s about completion: any job undertaken needs to be completed in whole, including interface and the difficult task of long-term design, including ancillary effects.

Even more than “fun,” we have a problem in that we can choose — using our big brains — to deny ideas or evidence that we find displeasing. Witness:

I was in Calcutta when the cyclone struck East Bengal in November 1970. Early dispatches spoke of 15,000 dead, but the estimates rapidly escalated to 2,000,000 and then dropped back to 500,000. A nice round number: it will do as well as any, for we will never know. The nameless ones who died, “unimportant” people far beyond the fringes of the social power structure, left no trace of their existence. Pakistani parents repaired the population loss in just 40 days, and the world turned its attention to other matters.1

What killed those unfortunate people? The cyclone, newspapers said. But one can just as logically say that overpopulation killed them. The Gangetic Delta is barely above sea level. Every year several thousand people are killed in quite ordinary storms. If Pakistan were not overcrowded, no sane man would bring his family to such a place. Ecologically speaking, a delta belongs to the river and the sea; man obtrudes there at his peril.

In the web of life every event has many antecedents. Only by an arbitrary decision can we designate a single antecedent as “cause.” Our choice is biased â€” biased to protect our egos against the onslaught of unwelcome truths. As T.S. Eliot put it in Burnt Norton:

Were we to identify overpopulation as the cause of a half-million deaths, we would threaten ourselves with a question to which we do not know the answer: How can we control population without recourse to repugnant measures? Fearfully we close our minds to an inventory of possibilities. Instead, we say that a cyclone caused the deaths, thus relieving ourselves of responsibility for this and future catastrophes. “Fate” is so comforting.

What is the result of our ignoring the cause/effect relationships in reality? We pick effects that are comforting to our notion of personality as being in control of its world, and then we declare those important and the rest not.

The resulting focus on the “thing-in-itself,” or viewing objects as the causes of their roles in a larger context, allows us to deal harshly with immediate problems but completely ignore anything with a long-term consequence.

As Rowan Hooper wrote in an excellent article called “Is Earth set to go silent in the next hundred years?”:

But in his conclusion [Rees] got into truly cosmic realms, by offering his answer to a question he is often asked: Does astronomy offer any special extra perspective on our terrestrial lives?

Astronomers can set our home planet in a vast cosmic context: a backdrop of millions of galaxies, each containing billions of planets.

And we know that every atom in our body was forged in an ancient star somewhere in the Milky way. We are literally the ashes of long-dead stars – the nuclear waste from the fuel that makes stars shine. To understand ourselves, we must understand the atoms we’re made of – but we must also understand the stars that made those atoms.

But there’s something else that astronomers can offer: an awareness of an immense future. The stupendous timespans of the evolutionary past are now part of common culture. We’re the outcome of more than four billion years of evolution. But most people still perceive humans as the culmination of the evolutionary tree. That hardly seems credible to me as an astronomer.

Our Sun’s less than half way through its life. Darwinian evolution surely hasn’t run its course. Any creatures witnessing the Sun’s demise 6 billion years hence won’t be human – they’ll be as different from us as we are from a bug. Posthuman evolution – here on Earth and far beyond, organic or silicon-based – could be as prolonged as the Darwinian evolution that’s led to us – and even more wonderful.

Rees ended by taking the viewpoint of an alien that had been watching our planet. It would, he said, have seen carbon dioxide in the atmosphere rising “anomalously fast, due to burning of fossil fuels”.

Will these hypothetical watching aliens see the Earth go silent in the next hundred years?

This brings us back to the question: what is the human dilemma that keeps us from seeing and acting on these problems?

As Hardin points out, we tend to pick and choose about where we attribute cause. It’s much easier to blame the hurricane, which was the immediate prior act, than the situation which made the hurricane able to wipe out many. Similarly, it’s easy to finger government, a vast conspiracy (if you’re a leftist, it’s racist white male capitalists; if you’re a rightist, it’s anti-white socialists) controlling society, the rich, the poor, etc.

Could it be humanity’s epitaph will be six billion voices chanting in unison, in every language, “It’s not my fault”?

Could it be the solution to our problems is one that we’ve overlooked because it’s so obvious — to stop being polite about truth, to insist on it, and to insist on a design-level look at cause and effect?

That will offend many — but we presume is a lesser fate than extinguishing ourselves.

The culture of non-culture | Why I don’t buy Apple