What the Western world can learn from the Moriori 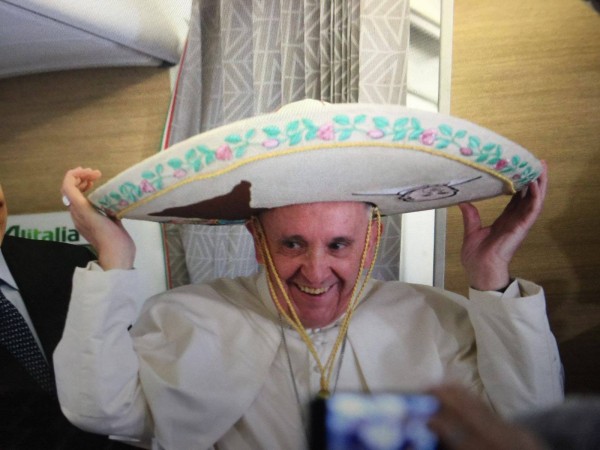 The history of the Moriori, little known outside of Oceania, might appear like a fable, a cautionary tale that people came up with to educate their children. As unnerving as the dark legend about this forgotten tribe might be, the entire story really happened. Hopefully it will serve as a warning, to all other people around the world who chose to rebel against the laws of nature and descend down the path of the Moriori.

The story of the Moriori begins more than five hundred years ago, when a group of Maori left New Zealand by boat, looking for new unpopulated land to settle. After a long journey they landed on a remote island group, now known to us as the Chatham islands. The environment they encountered here was different from the one they left. Temperatures were colder and the crops they were used to growing would not grow. They were forced to adapt to these new circumstances. Their diet changed to one largely composed of fish and plants native on the islands.

These isolated islands never sustained a lot of people, thus the Moriori society inevitably remained a tight-knitted community. After a violent tribal conflict between different groups, a 16th century chief known as Nunuku-whenua declared that from now on, all violence would be forbidden, because of its destructive impact on such a small community. Disputes from now on would be settled through consensus, or in the worst case, through a duel, that would stop as soon as first blood was drawn. Cannibalism was forbidden and passive resistance to oppression was endorsed. This became known as the Code of Nunuku.

Because overpopulation would lead to violence, the Moriori decided to implement cruel measures to artificially constrain their population. It was not uncommon for them to castrate some of their newborn boys. The birth rate would be constrained as a consequence and the boys would remain docile, growing up to be the hunter-gatherer equivalent of Antifa and social justice bloggers.

Living in isolation, the Moriori could sustain their way of life for over 300 years. But then, in the 19th century, the vacuum they had created was suddenly punctured. British people began to land, bringing with them ex-convicts and Maori sailors. The formerly culturally homogeneous Moriori now had to learn to adapt to the presence of different cultures, but greater problems were still ahead of them.

The growth of the British population on New Zealand’s Northern island had displaced two Maori tribes, the NgÄti Tama and NgÄti Mutunga. In 1835 these tribes, numbering about 500 people in total, captured a British ship and its crew and forced it to set sail for the Chatham islands. Some sources seem to claim that the Maori tribes traveled to the Chatham islands, precisely because they knew how passive the Moriori were.

When the Maori landed, the Moriori, who numbered around 2000 people, decided to take care of them. After they figured out that the Maori were not temporary visitors but planned on staying on the islands, the Moriori decided to withdraw to their sacred place. Here the Moriori debated with each other how they should deal with the newcomers. They decided to implement a policy of non-aggression, reportedly against the insistence of the young. The code of Nunuku had to be followed under all circumstances.

The Maori then began to lay claim to the land, wandering through it carrying weapons, without greeting the natives. If the Moriori inquired, they were told that they were now their vassals. Although most narratives don’t lay out a precise time-line, it is clear that the first boatload of Maori killed a twelve year old Moriori girl and hung her flesh from posts. A second ship arrived a few weeks after this event, carrying another 400 Maori.

Hundreds of Moriori were murdered and cannibalized, the rest were enslaved. Instead of fighting back, the Moriori hid in holes beneath the ground. Moriori were forbidden from marrying each other by their Maori overlords and the Moriori women married Maori men. The Maori prohibited the Moriori language, and forced them to desecrate their sacred sites by urinating and defecating on them. Only 101 Moriori out of a population of about 2,000 were left alive by 1862. The last Moriori of unmixed ancestry, Tommy Solomon, died in 1933.

We could consider it the outgrowth of Christianity, but it seems that Jesus teachings never quite became dominant until the 20th century. Had these teachings become dominant earlier, Christianity would never have grown to be successful. Medieval knights were slapped in the face when knighted, told that these would be the last slaps they could ever accept without having to retaliate.

Europeans are modern day Moriori. When their continent is invaded by men in boats, they worry about the boats that sink, offer Turkey billions of dollars and decide to take in more invaders through an “air-bridge”. When their children are raped in swimming pools and their women harassed, they do not see an invading force that’s testing the waters, they see people who need to be educated about how to treat women. I’m sure the Moriori assumed the invading tribes could be taught to adapt their pacifist ethos too.

Nobody disputes that the Syrians living in refugee camps are unfortunate. The Maori tribes that were displaced by the British were equally unfortunate, but it did not prohibit them from finding someone else to take advantage of. If anything, experiencing misfortune themselves merely seems to have made them more cruel.

Regardless of what we might have been taught in high school, passive resistance isn’t brave. It’s cowardly. It is an attempt to emotionally manipulate someone who mistreats you, an appeal to pity. For us to abstain from violence when wronged is a sin against nature. Anyone who has ever witnessed a dog take care of her pups can see the most important lesson parents teach their children. The mother dog will harass her pups, even hurting them, until the pup strikes back. The pups have to be taught to stand up for themselves.

Today an entire continent needs to be taught to stand up for itself. I will be the last to claim that European civilization is free from flaws. We do not castrate our children, we merely psychologically neuter them, by forcing them to sit behind desks and memorize petty facts. Most of our brightest young women don’t wish to have children but continue down the path of factoid memorization in exchange for ever new titles to put behind their name until their ovaries cease to work. Our young men are sucked into a virtual reality world of pornography and video games.

And yet, when compared to those who wish to replace us, our flaws don’t outweigh our virtues. The Moriori did not torture people, nor engage in cannibalism. When possible, they sought to resolve disputes through consensus. Sadly, an autistic tendency towards ethical consistency led them to apply their principles even in cases where they were completely impractical. A superior tribe was replaced by inferior ones. Nobody genuinely benefited from this outcome, not even the Maori invaders themselves, it merely lead to an amplification of suffering for everyone.

Western civilization in spite of its flaws is superior to anything that would seek to replace it. We don’t mutilate our childrens’ genitals. We don’t force young children to marry adult men. We don’t practice incest and polygamy. We don’t kill people by throwing stones at them. We don’t resort to a 1400 year old book written by a pedophile warlord to govern our society. As a result, the whole world looks at us with thinly concealed envy. It would be cruel to allow them to replace us.