What Kind Of Post Should We Use To Hang These Bastards?

by Jonathan Peter Wilkinson on February 8, 2018 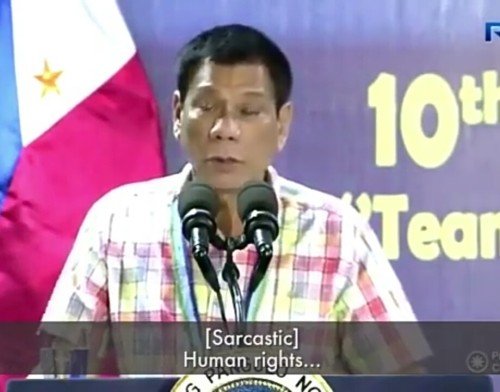 â€œThe re-release of the Pentagon Papers is very timely, if anyone were to read it.â€ – Daniel Ellsberg

Hollywood has a brand spanking new* movie out. It’s all about how courageous journalists opposed monolithic bureaucracy hellbent on secrecy. You see these high-ranking officials at the FBI had formed a cabal to undo a national election which had rendered a result they disagreed with. So they invented a fake dossier of high crimes and pervish, pissy misdemeanors and then used it to get a bunch of high-tech search warrants. Then leveraged it into the causus belli by which they appointed an “Independent” Counsel responsible for the immediate impeachment and removal of the head of state.

They were then challenged by this seedy gumshoe who strung together four pages of memo that detailed the extent to which our highest law enforcement agency, the FBI, had been morphed into a corrupt Praetorian Guard that protected the interests of Progressives, Globalists and few stray Bilderburg (((Bankers))). When challenged by this memo, Christopher Wray demurred and demanded this scathing four page memorandum not be released. His reasoning went as follows.

Stressing that such an action would be highly reckless, FBI Director Christopher Wray warned Thursday that releasing the â€œNunes Memoâ€ could potentially undermine faith in the massive, unaccountable government secret agencies of the United States. â€œMaking this memo public will almost certainly impede our ability to conduct clandestine activities operating outside any legal or judicial system on an international scale,â€ said Wray, noting that it was essential that mutual trust exist between the American people and the vast, mysterious cabal given free rein to use any tactics necessary to conduct surveillance on U.S. citizens or subvert religious and political groups. â€œIf we take away the peopleâ€™s faith in this shadowy monolith exempt from any consequences, all thatâ€™s left is an extensive network of rogue, unelected intelligence officers carrying out extrajudicial missions for a variety of subjective, and occasionally personal, reasons.â€

Of course I’m just kidding. So was the Onion story I linked above, kinda-sorta. There is a new Hollywood Movie out there. It does involve the release on government information that the government would rather not have out there. It’s called The Post and involves the release of the Pentagon Papers. Variety reviews the film as follows.

Steven Spielbergâ€™s â€œThe Postâ€ throttles along in a pleasurably bustling, down-to-the-timely-minute way. Itâ€™s a heady, jam-packed docudrama that, with confidence and great filmmaking verve (though not what youâ€™d call an excess of nuance), tells a vital American story of history, journalism, politics, and the way those things came together over a couple of fateful weeks in the summer of 1971. Thatâ€™s when The New York Times, followed by The Washington Post, published extensive excerpts from the Pentagon Papers: the top-secret government history of the Vietnam War that revealed, for the first time, the lies told to the American people about U.S. involvement in Indochina dating back to 1945.

The reviewer then massively ejaculates and hopefully then has the basic civilized decency to clean up after ZeeSelf. The actual, real-life incident involved two major newspapers, The Washington Post and The New York Times, publishing a series of military documents that detailed how the United States got itself sucked into The Vietnam War. (((Henry Kissinger))) was the (((Bill Kristol))) of his day. Daniel Ellsberg may well have been the Julian Assange of his day.

Leftists effectively used Ellsberg as a wrecking ball to swing into Nixon. And therefore The Pentagon papers kerfluffle gets rolled into Watergate and people who now lionize Assange and look favorably upon Congressman Devin Nunes therefore castigate (((Daniel Ellsberg))) as being a commie, pinko, hippie that needs to be punched by Irish Mickey Ward. Yet also, the Left’s consequent lionization of Ellsberg puts them in a straight-jacket as they try to keep a lid on the Nunes Memo.

“Democracy Dies In Darkness” reads the masthead of The Washington Post. “All The News That’s Fit to Print” reads The New York Times. Yet the crickets chirp far louder and the penlight shines more brightly than either regarding the release of The Nunes Memo. What you’ll hear from the media pretty much reminds me of James Comey’s remarkably unbiased Twitter feed. Here’s what The College of William and Mary’s new Ethics Professor has to say for himself.

All should appreciate the FBI speaking up. I wish more of our leaders would. But take heart: American history shows that, in the long run, weasels and liars never hold the field, so long as good people stand up. Not a lot of schools or streets named for Joe McCarthy.

I guess if you wax enough of your enemies then you can have your very own Stalingrad. The lack of a Genghis Khan Elementary School in Warsaw, Poland is probably more reflective of battlefield results rather than any lack of civic virtue on the part of The Poles. In a Democracy, elections have consequences. The money wasted on Barack Obama Blvd in Orlando, Florida is a minor negative externality from one of ours. The Late Senator McCarthy’s biggest historical defect is that the communists successfully beat him like a rented ass. Just having a point isn’t good enough when you go up against The Praetorian Guard.

So maybe this new (((Steven Spielberg))) movie The Post can be the very post from which we hang these bastards. The Nunes Memo is far more effective a weapon than The Pentagon Papers. If you were taking some college course and had to get smart on Karl Marx in the next three days. Which book do you cram from? Communist Manifesto or Das Kapital? I’ll offer you two hints. Das Kapital has three volumes. The Cliff’s Notes on the manifesto may well be longer than the manifesto. The Pentagon Papers have 7,000 documents. The Nunes Memo is four pages long. A bit like one of my more verbose blog posts. The Nunes Memo may paradoxically distributed far more data to far more people precisely because of this remarkable discrepancy in length and volume.

And this brings our perambulation around to what Progressives really think about Democracy. How they look at it when they’ve pissed the electorate off into electing Â¡LITERALLYHITLER! It’s right about that point where new, hot-shot ethics professors at The College of William and Mary want that Democracy motherfvcker to go die in some backroad ditch. Shrouded, of course, by a concealing blanket of darkness.

If I wake one morning, having survived many years longer than I probably deserve, I will perhaps have the blessing of meditating on my wonderful grandchildren boarding the buses to go off to Elementary School. I will pray a poignant, heartbroken lament for Amerika if any of those precious grandchildren are being shipped via wheel to a James Comey Elementary School.

* – I worded that wrong. People are not really queuing up for that fifty-first shade of grey.

Watching Tech Melt Down As Its Promises Prove Untrue | Even In Popular Culture, A Revolt Against “Progress”