by Jonathan Peter Wilkinson on December 19, 2017 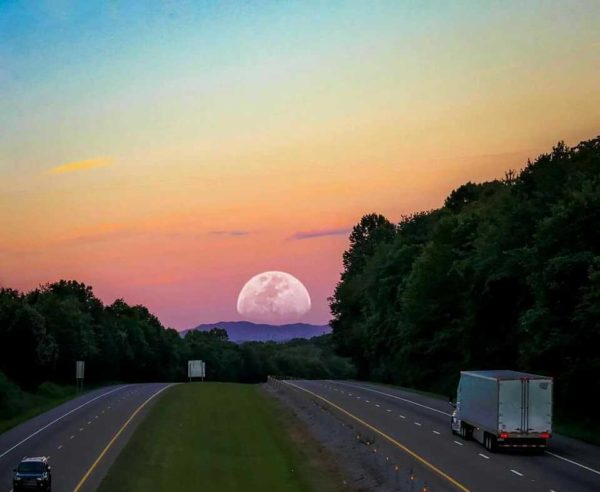 It started in 1961 with a primative experiment and an equation that even SETI advocates admit is in no way NP-Complete. Frank Drake proposed his now infamous equation for estimating how many intelligent extra-terrestrial civilizations exist.

Drake himself proposed notional some “conservative” notional values to get the ball (research dollars) rolling. R = 10, fp = 0.5, ne = 2.0, fl = 1.0, fi = 0.01, fc = 0.01, L = 10000. The evidence produced from fifty-seven years of SETI investigations suggests an answer a whole lot closer to 1.0. I could even be a pedantic King Richard and just insert a quiet, unobtrusive zero in there since Drake made the whole thing multiplicative and didn’t seem to rigorously bound his terms. Michael Crichton was more direct and less trolliferous in his evisceration of Drake as an opportunist.

This serious-looking equation gave SETI an serious footing as a legitimate intellectual inquiry. The problem, of course, is that none of the terms can be known, and most cannot even be estimated. The only way to work the equation is to fill in with guesses. And guesses — just so we’re clear — are merely expressions of prejudice. Nor can there be “informed guesses.” If you need to state how many planets with life choose to communicate, there is simply no way to make an informed guess. It’s simply prejudice. As a result, the Drake equation can have any value from “billions and billions” to zero. An expression that can mean anything means nothing. Speaking precisely, the Drake equation is literally meaningless, and has nothing to do with science. I take the hard view that science involves the creation of testable hypotheses. The Drake equation cannot be tested and therefore SETI is not science. SETI is unquestionably a religion…

You can download a Drake Equation .xls and roll your own. A lot of people would like to, and this offers us an interesting tale. Like any religion, SETI was beset with a period devoid of miracles. Zaphod Beeblebrux refused to show up and speak in tongues. This forced a dilema leading to a choice between an explanatory theology or a state of demoralized unbelief. Like St. Thomas, many previously inspired by the possibility of extraterrestrial life wanted to see the nail holes in the hands of The Holy Ghost.

Theologians of this pseudo-scientific religion produced intelligently argued apologetics. David Brin mined the knowledge base of reliability engineering. In his 1982 paper “The Great Silence – the Controversy Concerning Extraterrestrial Intelligent Life”, he proposed SETI investigations suffered from a giant right-censoring problem. The universe was yuge, you humans are puny, your technologies are not up to the task of boldly going where no man has gone before. The truth is out there, we just couldn’t run the trials long enough to experience the definitive proving event. Not bad. Dr. Brin gets a golf-clap. But that only temporarily kept the unwashed skeptics out of the sacred crypt.

It was Stephen Webb, in 2002, who wrote The SETI Suma Theologica. Four things prevented us all from meeting ET up-close and in-person.

Logic problems abound. I’ll briefly surmise the problem with Cantian and Wontian apologetics. They are inductive in the sense that one, just one, valid counter-example blows up the whole argument. Not everyone who attempts to run a four minute mile will fail. People believed it impossible until they raced Roger Bannister. That will invariably happen to Cantian reasoning as soon as we have an uncensored experiment. Wontian is just as bad. In an abundantly populated universe, Earth almost cannot be the only planet out there that produces at least one biologically invasive species.

I’ll focus on the rarity arguments and take them to an asymptotic limit. People keep expecting to find life. After all, not every other planet out there is as evil as Kepler-78b. But the likelyhood of ne being non-zero for the kth star observed keeps getting smaller. Carl Sagan proposed that life could exist on any planet meeting two requirements. A gentle enough star and a appropriate orbital stand-off distance. Then objective scientists massively intervened:

Today there are more than 200 known parameters necessary for a planet to support life â€” every single one of which must be perfectly met, or the whole thing falls apart. Without a massive planet like Jupiter nearby, whose gravity will draw away asteroids, a thousand times as many would hit Earthâ€™s surface. The odds against life in the universe are simply astonishing.

And yet, there are believers who still believe. This is because they like the perceived consequences of verifiable extra-terrestrial life. Tim Muligan offers a glimpse of what might happen if the LGM landed on the roof of one of our office buildings and asked to be taken to the Supervisor.

We know that life has emerged once. Why should it be so momentous to learn that it has emerged twice? The reason is that finding life elsewhere would radically change our picture of the Universe. At any point in time, humans will have explored only a tiny fraction of our galaxy, let alone the whole Universe. If life has emerged only once in that small sample, then it is possible that life on Earth is unique….

The possibility of uniqueness has several impacts. It implies preciousness. It implies value. Like being made in the true image of God. But, on the other hand, it also implies consequences far larger than what we might want to eat. If we are the only viable advanced species (even if we do say so ourselves) what then happens if we let that meteorite blow us up or start a thermonuclear war? It begins to resemble a situation where the game is on the line, one second is left on the clock and we have to sink both free throws. If someone is foolish enough to take that on their shoulders, they would understandably want a deus ex-machina. Having ten or twenty intelligent species out there would more evenly distribute the weight of conscience.

Or they could just declare interstellar jihad and wipe us out. Yet most followers of the SETI religion seem to believe they will come in peace. Like many of the incredible things our skeptic community believes, there is no reason to hold this opinion other than blind faith. The belief in alien life is some sort of a wish fulfillment. Perhaps it’s an intellectual crutch. But we’ve become increasingly used to such faith-based argumentation from the scientific community. RetractionWatch.org wouldn’t exist if we had scientists who vigorously used the scientific method. Perhaps ET has seen our skeptic community and told Scotty to beam him back up. It doesn’t look like there is much in the way of intelligent life down here.