What is the left’s endgame? 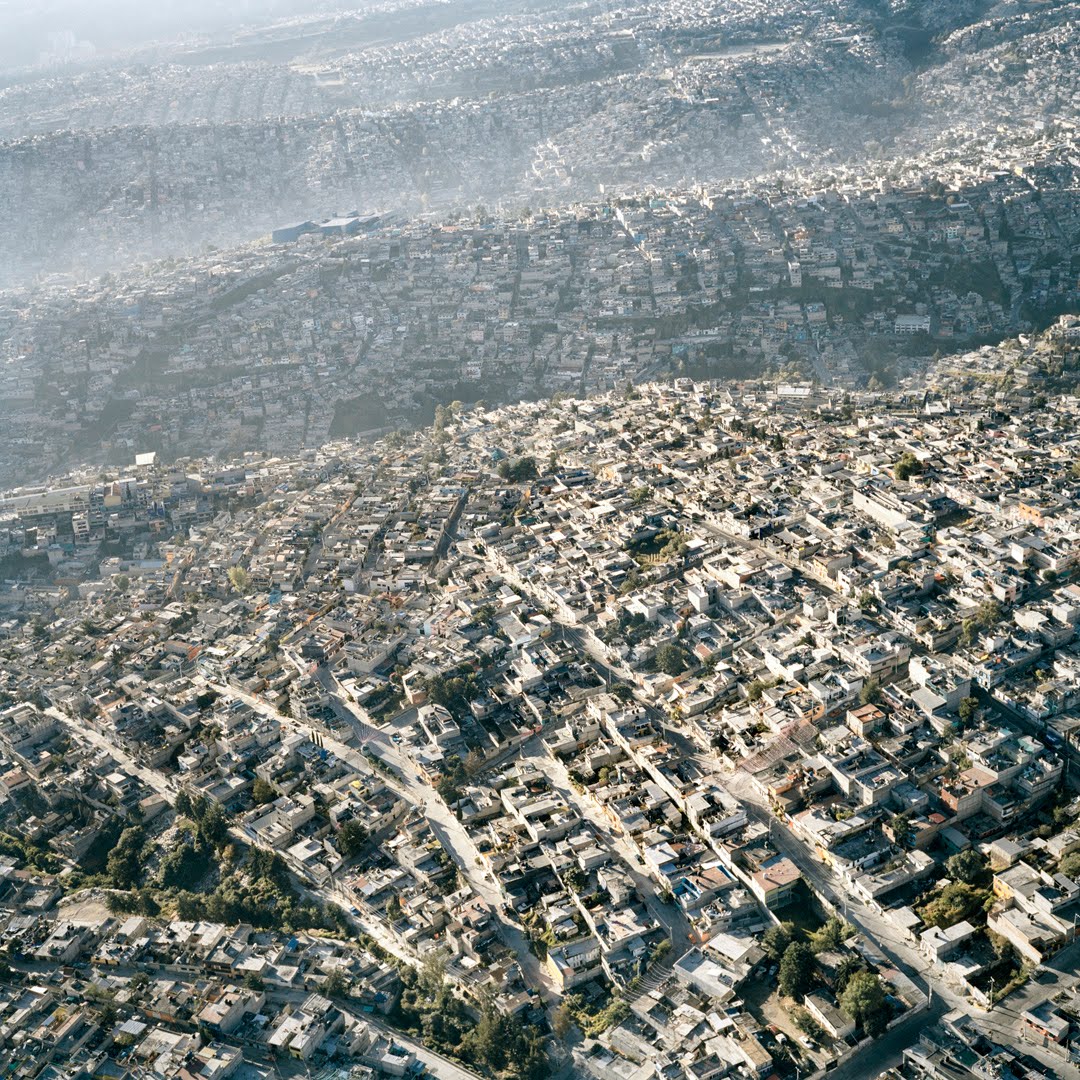 When witnessing the latest insanity from the left, and trying to ignore the sinking feeling in one’s gut that suggests society is tearing itself apart, it helps to consider what the leftist endgame might be. In other words, what do they want, and how does this eventually come about? When they “win,” what does the result look like?

To analyze this, we have to look into the psychology of leftists and the difference between what they claim they want and what their actions indicate they want. In theory, the left believes that history was a horror, commerce is corruption and that we — collectively, We the People — must unite on the idea of egalitarianism to make life fair and end these injustices.

From an outside perspective, it is clear that this is Utopian thinking. To insiders, not so much. In their view, they are correcting error, rather than perfecting society. However, to those with a broader view of history, what leftists see as error to be correct is in fact the normal course of history, which needs to be guided (requiring leadership) but not eliminated (as is the goal of leftist ideology).

Thus we have to look at what the left desires, rather than what they think will implement it, since it seems there’s confusion there. At its core, leftism is formed by people who are outraged by the modern world; however, like most emotional reactions involving a victimhood concept, it ends up affirming its putative abuser.

The left fundamentally believe that commerce as a guiding principle of society is a wrong-headed idea. Having watched industry consume any open land or decent concept (and a few musical genres) that it has encountered, I have to agree, but with a twist: commerce without leadership and culture is as reckless a force as any uncontrolled impulse. The problem is that the leftist solution to commerce is that which creates societies where commerce is the only viable form of self-government.

Commerce is not a “thing” like Godzilla. Rather, it is an event like an algal bloom. Many people come together and have needs, thus creating an opportunity for a product to be sold. At some point, the sellers realize they can expand this opportunity with advertising, lobbying for change of laws, or other forms of social engineering. The crossover between the left and commerce is that both believe in egalitarianism, and both believe in social engineering as a method of perfecting it.

Thus while the left thinks they are taking a stand against commerce, they in fact have been subverted by commerce. Worse, they are the mechanism by which commerce takes over from culture and leadership by decent people with depth of intelligence. The more leftists rage against commercialization, the more they insist on egalitarianism as a solution to it, which in turn empowers it by removing any kind of values above the level of the individual that might hold it back.

Even better, commerce isn’t stupid, because it uses us against us. Our best people go to work for it. They then find ways to subvert the left further. What they discovered in the 1980s was that they could make the 1960s ideology into a business. Suddenly, you could buy the regalia and symbolism of the sixties anywhere. The music was used in commercials. And these commercials advertised products that were “ethical” but branded to demonstrate higher status. Thus you could make liberalism into a lifestyle: see, I’m hip and with the young kids, but I’m also successful and important! Look at me!

No one told the 1968 types — and they were too hostile to facts to research it — that everything that was endorsed in 1968 had been endorsed by the French Revolutionaries. They weren’t the new, fresh, hip kids with radical ideas. They were the latest generation of sad solutionless people banging the same tin drums because otherwise, they had no place in life. Ordinary existence did not suit them; without ideology to give them purpose, they would have been more anonymous people adrift in a society where nothing had any particular relevance to anyone.

This is why liberalism follows population growth: conservatives found a society, make it successful, then the population swells, then cities are formed, and in the anonymity of the cities liberalism ferments as people find that having a job and drinking habit alone does not fulfill them. Thus they want some reason to be a big cheese. Their reason is ironism. Whatever everyone else is doing, I’m not — I’m different, unique and against all of that. Contrarianism disguised as self-deprecating wry humor is the basis of this new population, and since the dawn of time there have been people like hipsters, liberals, radicals, anarchists, etc. who adopt this viewpoint as a method of social coping. It allows nobodies to be somebodies, just by pulling off the stunts of language and outrageous behavior required to draw attention to themselves in the anonymous crowd.

It’s hard to know how to cure this situation. Some people will say that both the political parties are bunk, so cut and run and head off in some “new” direction or to some other “radical” idea. But these people are doing the same thing the liberals did, and for the same profit motives. Visit my blog! Read my book! Buy my videos! Even when they claim to be conservative or more extreme, these individuals are ultimately cultivating social and commercial groups for themselves, not refuting the problems of our society at their core.

If you want to know why I tend to scorn third position, neoreaction, Dark Enlightenment, etc. “new” movements, this is the fundamental reason: their ideas aren’t new, but are camouflaged versions of older ideas; these “new” ideas are being promoted not because they’re correct, but because they draw attention to the person speaking. They are attention whoring because they want to claim their space in commerce, and their place in the liberal hierarchy, not refute it. This is why the only radical reaction is to choose conservatism at the most basic level, which is a fundamental philosophical shift, and is why many conservatives are religious or something similar.

The right message for our time is not Revolution. We’ve had enough revolutions to know that no matter what flag you wave, all revolutions result in the same conditions, which is a liberal type republic. You cannot achieve consensus among revolutionaries except on dislike of what is, but the primary gripe is usually disenfranchisement of the revolutionaries in the system as it was, not with the design of the system itself. Most so-called underground conservatives — the ones who smash the mainstream conservatives the loudest — would if given power essentially recreate society as it is, except with themselves and their peer group on top. This is the psychology of the human in a political context.

Because I am a blockhead who thinks with his plodding gut and back brain, not his electric forebrain and its witty social awareness, I have never claimed for myself the type of brand or revolutionary cred that might make me a best-seller among the dissident, dropout and reactionary types. Instead, I have advocated a simple policy: conserve what is good, and reclaim what is not. Thus if the Republicans are mentally obese, the solution is not to stage a revolution and throw away the Republican party, but to reclaim it by working within it. Redefine what it is, instead of redefining who you are. If it doesn’t represent the right issues, take a place in it and demand those issues be brought to the forefront.

Fragmenting the vote — and the power of people in focused groups — helps no one but our enemies. We don’t need a third political party, and we don’t need new philosophies. We don’t even need conservatism, just the principles behind it: pay attention to reality, keep the good and toss out the bad, and thus, aim for something higher in quality with every generation. This is in contrast to the quantity-based revolutionary mindset, which thinks that it can overthrow a system and replace it with a different one, or in other words to have two systems instead of one and thus solve a quality problem with quantity.

All of the problems of our age result from the revolutionary mindset. Because we are egalitarians, we are forbidden by social rules to differ in any fundamental way; this converts everything to image, not substance. The basis of political correctness is this social concern for image. When we are shocked by some large system like commerce, our solution is to be more egalitarian (quantity, not quality) and thus to replace one evil with another, which since it never was centralized but is implemented by humans, promptly takes over again but with greater strength as we’ve thrown out all the social institutions that could oppose it. The source and perpetuation of our downward spiral is this revolutionary mentality.

So what is the liberal game? I confess: this was a trick question. There is no endgame because there is no actual purpose or goal to liberalism. Rather, liberalism is the end result of people trying to define a social identity based on not being the same as everyone else. It causes them to want to destroy standards in common, thus they bond together — anarchists unite! — to crush any standards. What’s left at that point is every person doing what is convenient for himself, which causes seemingly opposition philosophies to unite.

We the People wants commerce and consumerism, but also wouldn’t mind some Socialist subsidies and free bennies. It wants equality, but if there’s a chance for it to purchase better than equality, it wants that too. Liberalism is perpetually incoherent and inconsistent because the ideology is a coverup for the fact that liberalism is basically a squabbling crowd, each person wanting to be more important than the next, each demanding whatever it sees that its neighbor has and all trying to demonstrate how unique, ironic and “different” they are.

Thus, whatever liberals suppose their own endgame (Utopia) is, the actuality is different. Their endgame is the same as their method. Their method is the same as their assumptions when they started out. It is a perpetual state of individuals being individualistic and asserting control on that basis, thus unraveling civilization from within. Thus civilization grows like an obese cancer, expanding to cover everything with more quantity, because we have alienated ourselves from quality, values, choice and anything sacred in our misery.

Thank God for Progress! | Picking up the pieces