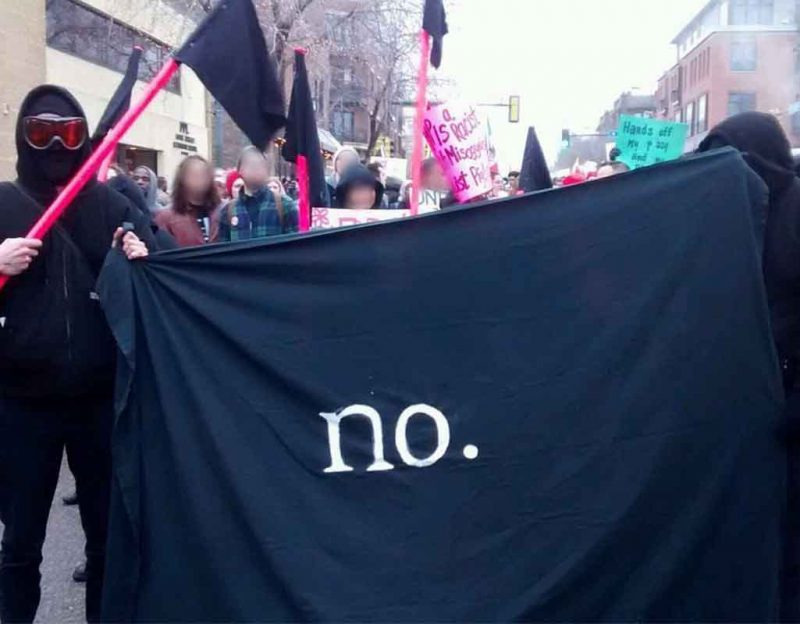 Consumers do not realize how much you are hatred. Your server at the restaurant thinks that you are a moron and your kids are brats. Your lawyer thinks you are naïve and fatuous. Your politicians think you are imbecilic livestock.

They hate you because they have to assert their power over their fear of you. Customers can notice things, like that the soup of the day suspiciously resembles the featured menu items from the past two days thrown together and boiled. Patients sometimes notice things that their doctors do not. Voters could, if they wanted to, point out that government is dysfunctional and has gotten worse under Leftist rule.

As a result of their hatred, they tell you lies and take pleasure in tricking you. If the soup of the day is swill boiled in tapwater, they make extra profit and feel so much cleverer than you are! If they lure you into four years of legal bills even if you lose your doomed case in the end, they feel that the balance of the universe has been restored. And if they get you to vote for dumb stuff, instead of holding out for the far better and cheaper option, they like laughing at you for being the sucker who cannot hold a candle to their cleverness.

Such people are poisonous, but that is the nature of jobs. Very few of us go to them because we want to go; we go because the rest of you make us go. We will be broke without one, and have no respect from the community, and therefore die alone under some bridge with the pedophiles, alcoholics, criminals, prostitutes, lepers, and drug addicts.

This tells you that you can expect everyone to lie to you, deceive you, and laugh at you when the door closes, unless they happen to know you and like you, or be on your team. This is the way the world works, like your first week in prison: you have to choose your gang and stick with them.

That in turn means that if someone from another gang is talking, you have to expect that what they are telling you to do is what benefits them, not you, even though they claim that it will help you a great deal.

Consider sad cuck Mitt Romney, who keeps pretending to be a conservative, but his actual gang seems to be made of Irish GOP lifers, disguised Buckleyites, and nervous neoconservatives. For an Anglo, that is social failure.

Mitt decided to get clever and use a historical allusion to status signal about how little he likes Donald Trump:

Trump’s influence “was significantly diminished by his perpetuation of the ‘Big Lie.’ That he won the election and that it was stolen from him. I don’t think the facts have borne that out,” Romney added. “Clinging to the lie will diminish his influence over time.”

Romney, of course, has no idea what he was talking about. This does not bother him because in his scorn for the voters, most of which is accurate, he realizes that they do not know what they are talking about either.

Might as well deceive them with something simple that sounds scary. We all know that Hitler invented the Big Lie, right? It was his favorite tactic, right? That’s what NPR tells us about Hitler and the Big Lie:

BLOCK: One of the Republican senators Biden was referring to, Josh Hawley, called the Nazi comparison disgusting. Hitler used the phrase Big Lie in his manifesto, “Mein Kampf.” The Nazis’ Big Lie, blaming Jews for everything wrong in the world, fueled anti-Semitism and the Holocaust.

But what did Hitler really say? It turns out that he was describing the use of the Big Lie by another party:

At the bottom of their hearts, the great masses of a people are more likely to be misled by their emotions than to be consciously and deliberately bad. In the primitive simplicity of their minds, they will more easily fall victim to a large lie than a small lie, since they sometimes tell petty lies themselves, but would be ashamed to tell a lie that was too big. They would never consider telling a lie of such magnitude themselves, or knowing that it would require such impudence, they would not consider it possible for it to be told by others. Even after being enlightened and shown that the lie is a lie, they will continue to doubt and waver for a long time and will still believe there must be some truth behind it somewhere, and there must be some other explanation. For this reason, some part of the most bold and brazen lie is sure to stick. (150)

Hitler saw the Big Lie as the primary technique of his opposition, and in particular, was referring to the tendency of the media — whom he saw as “Jewish” — to blame Erich Ludendorff for Germany’s loss in the first world war, when in fact as Hitler saw it, the problems were systemic and reflected the failure of the democratic order.

Hitler did not advocate the Big Lie; he saw it as the competition. It was the tool of his enemies. His technique, instead of a Big Lie, was to tell a convincing story about his side of the argument and to make it an ambient meme by repeating it constantly:

All the brilliant presentations in the world will not lead to the success of propaganda unless one fundamental principle is always kept clearly in view. Propaganda must limit itself to saying a very little, but saying it a lot. First and foremost, that is the absolute important prerequisite for success. (119)

In other words, the Big Lie used by the Left works to trap people into a rationalization loop, where the audacity of the lie and the hugeness of the lie convinces them that it cannot be a lie, and then even when shown it is wrong, they stick to it.

Hitler preferred something more like a modern advertising campaign where he aims for saturation. Repeat the same few things, time after time and in different forms, and eventually people accept them like they accept and filter out landmarks, advertising, and background noise.

It turns out that the media is waging its own Big Lie, which is the notion that Trump is a fascist when in fact he is a Reagan/Kennedy moderate who appears more extreme in the context of this time because of how far Left we have shifted.

Their Big Lie involves denying that America has shifted Left, because if they admit that, they have to own the failure of all of the Leftist programs and policies that have been tried over the years.