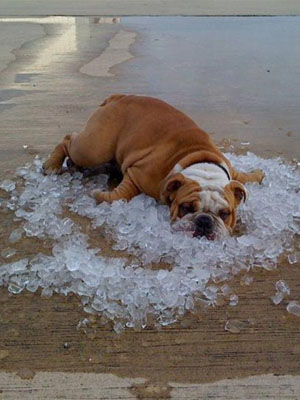 A staggering truth of politics: few people can identify the central principle behind their political party.

The central principle of conservatism is consequentialism, or measuring our actions by their consequences. This places the focus on knowing reality before we study the individual.

We know what acts produce what results, so then we must choose our direction. There are no mysteries, only applications. Our “forward logic” is the idea that every result has a cause; if someone is poor, it is most likely the result of poor life decisions. As a result, it makes sense for us to pick the best results and act accordingly, in pursuit of the best of life, consisting of moral goodness, beauty and strength.

The central principle of liberalism on the other hand is a focus on the individual before reality. Each individual enforces this on others through equality, which is a principle by which whoever asks is entitled to the same rights as any other, and everyone else accommodates them.

This is a principle of putting the individual first, and reality second, and operates through a reversed logic that first assumes all people are equally competent and their ideas equally valid, and thus explains reality as a deficit in this equality.

One reason that few people boil these beliefs down to such essentials is that when you lay them out like this, it is clear that left and right belong on different ships heading in different directions.

Even more, it becomes clear that liberalism is an evangelical and proselytizing movement, where conservatism is the way a majority population passes knowledge on to its youngsters, and thus tends to be reactionary and disorganized, since it’s a laundry list of learning and not a single unified abstraction like liberalism. (As one marketer said, “Abstraction is cool,” mainly because it explains away the complexity of life in a few symbols.)

This leads us to a complex question, which is to wonder why rightists tend to support capitalism, while leftists seem to always agitate for socialized systems that distribute cost to the whole and use it to support the citizens.

As you may guess from the above, conservatives favor a reality-first principle which rewards those who are able to adapt. There are many reasons for this.

The first is practical: you want the best to rise to the top, and only the proven results to be retained. This concept is not radically different from Darwinian evolution or the scientific method.

The second reason is moral: those who do better should be rewarded and encouraged to do more good, both to incentivize them and to check the tendency of groups of people without accomplishments to gang up on those who are doing something useful.

However, conservatism can go too far in this direction. As with all group activities, successive generations from the source tend to imitate the successful methods of the past without understanding the goal. It is not so much that conservatives love capitalism, but that we recognize the need for a strong statement in favor of capitalism to keep back the opposite idea, which is socialism.

Socialism should be understood as a name that we give to a universal tendency, which is the idea that every person in a group should have an equal share in the yield, so that each person is happy and tranquility reigns. However, if we reward people equally, it ends up being a de facto subsidy for the under-accomplished because they get a reward for mere participation. The message of such a society is that excellence is irrelevant and doesn’t merit being rewarded.

On the other hand, for liberals the question of socialism is a moral one. Since liberalism is based in the individual, and considers the individual as the cause of all things in life, it cannot understand any reason why people would fight free handouts except some kind of personal dislike or intent to be cruel and/or stupid.

It portrays conservatives as greedy capitalists who love money and won’t give their excess wealth to the poor out of pure spite, and it believes that poverty, dysfunction and even national collapse are not caused by the poor life decisions of individuals, but by shadowy outsiders with a personal hatred of the people affected.

Again we run into a situation where conservatives and liberals are going in opposite directions. Conservatives believe in the consequentialist principle, which is that those who achieve good results should be given more power and wealth because they know how to use it. Liberals fear the ranking of individuals that occurs in a hierarchy, and don’t want to feel insufficient, so they insist on an end to testing ourselves with reality, which is achieved through equal acceptance.

Socialism exists in many forms. It is an eternal option, or one of those ideas that strikes all of us as we think about a particular question, but like many such eternal options it leads to bad places. Conservatives know these because they focus on results; liberals, who are more inclined to focus on individual feelings, don’t even consider it.

We can find the core principle of socialism — give equally to everyone so that the peace is kept — in social welfare programs, in entitlements, even in unions and school contests that reward the person who scores closest to the average result instead of the most exceptional. Whatever form it takes, socialism amounts to the same effect, which is a transfer of power from the exceptional to the mundane.

It is not surprising that the West has seen its fortunes plummet since the French Revolution. Yes, our technology has advanced, building on the work of our ancestors; everything else has been a series of lugubrious wars and social unrest events. When conservatives oppose socialism, it is this great averaging that they oppose, and it’s a more serious position than simply liking money or desiring greed.