What Draws Me To The Far-Right 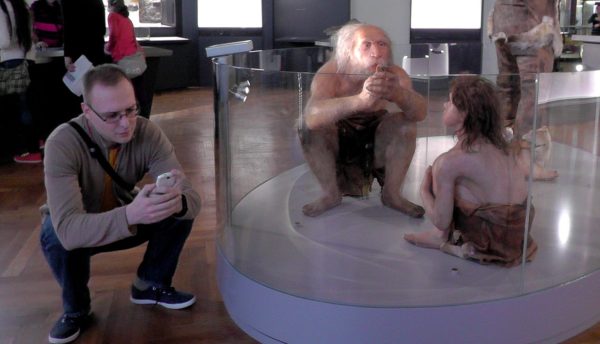 An outside observer who treads into this corner of the Internet might find himself wondering what could possibly draw reasonable and contemplative people to the far right. The brand of Tea party style conservatism they see in the media is easier for them to understand than the far right, that is never allowed to speak for itself, but always depicted as a cartoonishly evil set of ideas, grounded in little other than cruelty and hatred.

The first and foremost thing that anyone who wishes to understand the far right must come to realize is that the majority of human existence today is characterized by mediocrity and pointless suffering. We should do whatever lies within our means to maintain the blessing of being the exception to that rule. This is not by any means an exaggeration and those who think otherwise are hopelessly naive, sheltered from this brutal reality by their own pollyannaism and the kindness of others. The vast majority of people today fail to comprehend what we stand to lose.

It is the tendency of men to shelter those they care about from the endless horrors they encounter on their journeys. Veterans generally did not speak of what they saw in the trenches to their wives and children. Similarly, those who have witnessed firsthand the fruits of what Margaret Sanger once referred to as “stupidly cruel sentimentalism” tend not to speak of what they have seen, out of fear of adding insult to the injury of its victims and alienating their peers.

The West has a habit of blaming itself for the suffering it sees throughout the third world, out of fear of the more troublesome reality that the biggest burden that has befallen the third world is its own people. It can’t be hard to puncture through this myth for anyone who doesn’t wish to close his eyes to what he sees. The third world creates its own suffering.

Consider the recent news that came out of Malawi. Parents there hire adult men to have sex with their adolescent daughters, to bring “good fortune” to their family. The government decided to arrest a man who had admitted in a news article that despite being HIV positive he continues to go around abusing young girls in exchange for payment from their parents.

My imagination fails to come up with any means through which capitalism, white supremacy, imperialism, orientalism or any of the other white sins taught to gullible students in colleges around the world could ever have pursuaded parents to pay adult men to rape their own children. It seems to me a product of little other than the third world ways that characterize third world people.

It would be nice if this type of pointless suffering were unique to Malawi, but we all know it isn’t. In South Africa we witness infants who are raped by adult men, convinced that this could cure their HIV. In Tanzania albinos are hacked to pieces by witch doctors who believe their body parts to contain magic powers. In the jungle of Congo, marauding bands of soldiers slaughter pygmies and eat their flesh with similar motives.

In Cameroon and most of Western Africa, mothers use hard stones heated in fires to mutilate the budding breasts of their daughters, to make them look unattractive to men and teenage boys who would otherwise go out to rape them. From the coast of Guinea to the coast of Somalia, millions of parents every year take their daughters, press their limbs against the floor so they can not flee, take a knife or a piece of broken glass and begin to remove their genitalia until they gaze with satisfaction at the bloody remnants.

In Yemen, eight year old girls die of internal injuries on wedding nights with their adult husbands. In Iraq, elderly widows order teenage girls to be raped by men, so that they become unwanted as wives and willing to serve as suicide bombers against rival tribes. In Syria, young girls in refugee camps are sold by their families to wealthy Saudis looking for a bride.

In Bangladesh, criminal gangs pay doctors to amputate the limbs of young children they have abducted. Without their limbs, the children receive more money through begging and thus prove to be a better source of income. In Europe today, a nomadic underclass of illiterate beggars that arrived here from the Indian subcontinent hundreds of years ago throws their newborn children at passerby, so that their accomplices can steal their wallets. Third world people are keen to keep their third world habits.

I have the fortune of having a friend who worked in a medical clinic in Senegal. In 1985, this country had 6 million people, by 2010 it had twice as many. Today the average woman there has five children. Parents give birth to children they can not provide for and send them to Marabouts, Sufi Imams who are the spiritual successors to animist witch doctors who were converted to Islam in the 19th century. They believe Quranic texts to have magical powers and sell amulets with Quranic texts.

They teach these children to recite the verses, but any ability to understand the Arab words they pronounce is irrelevant. Instead the children are made to beg on the streets, where they recite the verses for passerby. If they do not earn enough money through begging, the Marabout beats them. My friend worked in a clinic in Senegal, where an abundance of young children were regularly brought in, beaten senseless by their Marabout. He had the image engraved in his mind of one young girl in particular, who had her upper legs beaten to a bloody pulp beyond recognition.

It is these nations, where suffering is greatest, that amplify their populations most rapidly. In Niger, the population has grown from 2.5 million in 1950, to around 20 million today, projected to expand to an estimated 210 million by 2100 according to the United Nations. The women in this nation are monopolized by a small group of men, who give favors to those who deliver them the most children.

This is what characterizes the third world: A perpetually expanding cycle of cruelty and violence to which there seems to be no end. The people there have nothing that could enrich Western civilization, no habits, inventions or philosophies that we are missing out on. There is no deeper meaning their suffering serves, no lesson they could learn from it, no spiritual growth that could emerge from it. There is nothing they have to deliver, except for the frightening prospect that they might one day succeed at dragging the rest of the world down to their mode of existence.

On top of this immeasurably deep ocean of misery and ceaseless mediocrity floats a little lifeboat known as Europe, that shines a beacon of light upon the whole world. Providence has ordained that its passengers shall be burdened with the challenge of ensuring they do not sink into this deep dark void of nothingness that lies beneath them. If they choose to give up on this struggle and let their humble little vessel be consumed by the vast waves now traveling in their direction, all hope is lost.

Scenes From The Decline: Nostalgia For The 1980s | Decline Of The West Explained by Bruce Charlton (2010)