What destroyed the West? 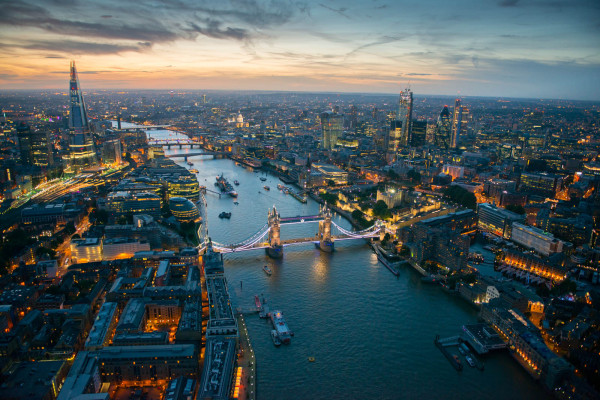 As we get ready for the West to fail and become the new white Brazil, which is what will happen instead of a catastrophic collapse, many are searching back through the past for the origin of our failure.

Many have opined that we went wrong merely by size. “Too big to fail” was last year’s punchline, deservedly so. But do companies, groups and societies become too big to succeed? It’s possible, since the bigger something is the less its parts relate to one another, and the more it relies on central authority and rules. But I think that’s a step removed from the real source.

The dirty secret of humanity is that the more we try to make things better, the more we make them worse. This is generally because our rationalism leads us to isolate logical problems from their context, thus focus on a few factors and miss many more that are essential to figuring out the actual function of what we’re analyzing.

In other words, we can remove a problem from reality and look at it as a logical construction. We can solve it on its own terms. But like a blast of language that is grammatically perfect but without content, this type of analysis removes the cause->effect relationships that caused the situation in which the problem occurs to exist. Most often we ignore the why of its recurrence.

As time goes on, we start treating our solutions as reality. Our lives are too short to see the actual consequences of our solutions, so we focus on whether they addressed the question. And yet the question is itself a removed abstraction, a “rational” analytical object removed from its context. We do not see the underlying issues.

If you ever wonder why life seems like pounding a square peg into a round hole, only to find that the “details” which were ignored suddenly take center stage, this is why: humans create a false reality by taking a part of actual reality to stand for the whole, and then projecting it back onto reality at large. The only people with a chance of thwarting this process are geniuses and those are rare and often unstable.

Human caste systems rank people by intelligence and character, with higher intelligence tending toward higher character. In the past, the West benefited from having a high number of high caste people, generally genius thinkers, aristocrats, theologians and writers. Over the years we have eliminated most of those and now we have very few higher caste people, but a lot of lower caste people who have mastered one skill (programming, public speaking) and from it derive the impression that they are in fact geniuses.

This process began when geniuses made a society that produced lots of smart people. These smart people were not genius, but were smarter than the herd. The problem was that this made them even more confident in their rationalism, and so they were content to ignore the logic inherent to natural law, and the balance of nature: seeing things in context, as they are, as an ongoing process and not a one-time, laboratory style calculus.

Given a head start by the geniuses these smart people then created a society which saved people from themselves, producing a herd of unruly and clueless people. These people started blaming their own problems on their leaders, as such people always do. Their solution: equality, or the removal of leadership and substitution of group opinion, which is like a cross between a lynch mob, a witch hunt and the people shouting out “ideas” down at the pub.

What happened next was that they created hell.

Removing natural leadership meant that social mobility created constant competition. This meant that no one was able to simply “be,” but had to always be struggling to manipulate the system. It turned us against one another. If the only rule that limits your income is how many hours you’ll spend at the office — spending more hours reduces your hourly cost to your employer — then people begin spending more and more time. This really peaked in the 1950s, after World War II put us into a permanent wartime economy. Once you get used to a high-frequency financial and industrial system, it’s hard to downsize it, much like pro weightlifters find it hard to let their muscles atrophy without health side effects.

But this meant that life got ugly. People gave up on home life and focused on the office. Soon we sent everyone there, women and children and even people who really have no business doing any function that others rely upon. It became the new purpose in life, to work and make money and then to use it to achieve power and feel “freedom.” It was basically a giant marketing campaign by the egalitarians to make us all toe their line while they got easy jobs being zampolit who promote equality.

Our cities got ugly, our everyday lives rushed, our culture disposable. People began to see each other as means to an end. They began to use each other religiously, and derive a sexual/ego thrill of making someone else submit to their authority. The West got ugly, petty and mean. We disguised all of this under a propaganda campaign about how great everything was that we were moving toward “Progress.” But that was an excuse and a coverup, not ever a goal. It was a justification after the fact.

Now we live in a time where nothing is yours. You get sent off to a job, which is stupid because you do two hours of actual work a week that is relevant, and spend the rest of your time indulging in the fruits of other people’s power struggles and needs. The manager needs to be important, so she invents projects. The programmer needs to be important, so he invents training and procedures. On top of it, endless meetings are designed to recognize everyone’s equal contribution.

Through my path in life, I have seen a lot of jobs, and I agree with the estimable John Derbyshire that “Ninety percent of paid work is time-wasting crap. The world gets by on the other ten.” Most of what we do is pro-forma make-work to justify our jobs after the fact, to make ourselves look important, and to otherwise posture like Bonobos so we have an excuse not to get fired.

Waste is rampant. With everyone plugging away, there’s no need to be efficient. So projects are thrown out, facilities abandoned, equipment lost. And yet we all get up everyday and do it again. Get in the car, drive to work, put up with the garbage, come home and beat our dogs and children to feel better about the situation. Even manual labor jobs are now time-wasters, mowing the same lawns twice in a day to ensure we don’t get fired.

In short, through the magic of egalitarianism, we went from being masters of our time to being slaves of the pretense and self-important posturing of others. This has produced a miserable life, and it’s why Western people are refusing to breed and engaging in self-destructive behavior instead. Who would want to live in this society? And yet it’s richer than others, so no one dares point out that it’s misery.