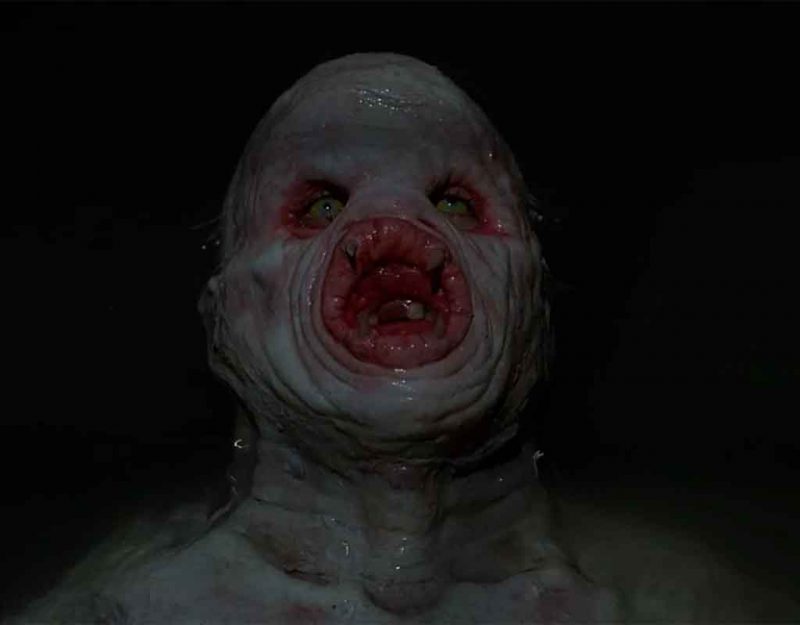 Our neurotic postmodern world will begin its postmortem soon on the COVID-19 disaster, where a disease escaped a jungle or lab in Wuhan, China and thanks to the panic of that government, triggered a worldwide trend of hysteria.

In response to that, we shut down our economies, prohibited social life, forced masks and vaccines on people, spent all our money on stimulus payments, and basically dropped out of life.

Historians may record that the 2020s brought great revelations. Trump revealed that immigration/diversity has split and destroyed America, the election uncovered the vast dysfunction of our system, and COVID-19 exposed how crazy we are.

Instead of an epidemic, we got a vast staged event so that Joe Xiden could assume power, and then a continuing drama to conceal that this was a fake event and now, to keep us obedient and subjugated.

COVID-19 showed that our society is fake and stupid. Our experts turned out to be good at school but bad at life, as usually is the case, and bungled their response at every level while fanning the flames of panic.

Of all the leaders, Trump did the best by treating the coof as a minor inconvenience and being willing to expose himself to it, defeat it, and keep surging forward. Everyone else cowered inside and consumed panic-media.

The coronavirus showed that we have gone insane and are hopelessly divided. The bickering over which victim group would get the dollars intensified while our leaders took Chinese statements at face value and the bureaucrats stole everything they could.

Among other effects, COVID-19 showed us that democracy is over. It avoided the extremes of Stalins and Hitlers, yes, but it also proves unable to act against anything but big and immediate problems. It blows off slow, long-term rot.

It showed how the idea of “freedom” and “equality” in a political system produces self-important and selfish people, each scrabbling for whatever power they can find, since being equal makes us equally meaningless.

In addition, democracy by relying on the vote of the masses tends to favor the same stupid lies generation after generation, with the voters sighing at the idea of world peace, an end to poverty, and other emotionally symbolic but otherwise empty quests for changing the nature of reality.

Voters have zero accountability. You cast your ballot, then walk away, and blame the other party when things go wrong. This makes it easy for the parties to become stage-style actors, pretending to care about vital issues but really just inspiring you with race, abortion, or whatever else gets a strong emotional response.

Then you add diversity, which as Plato and Aristotle both noted is a popular strategy for would-be dictators. They import foreigners because foreigners always vote against majority interests, allowing the tyrant to take over through the vote since he can now get elected specifically to destroy the majority and replace it with his bureaucracy, in the style of Darius or Genghis Khan.

For those who are defending our postwar system which basically incorporated elements of Communism in order to “compete” with the dark empire, COVID-19 provided the perfect excuse to seize power, savage the economy, and make everyone subservient out of fear that they will not have food, housing, and safety from the increasingly deranged race riots and race warfare disguised as a minority crime wave.

That enabled our wannabe tyrants to slap down the rising populist and nativist movement which has recognized that diversity has not worked despite throwing more money at it than we ever spent on nuclear weapons, and therefore now wants WASP America back since it was our last functional state as a civilization.

Denialists — those who want to think that our system can keep hobbling along as it has for the past seventy years — fight furiously to keep the illusion alive. They want us to patch up and move forward with a fundamentally Leftist system based on the vote-buying enabled by diversity, entitlements, and a larger paternalistic federal government.

With COVID-19, we have seen the face of denial. The Right-wing denialists want to continue to be part of the Uniparty feeding at the trough, avoiding tough issues, and agreeing with the Left that our country exists to enforce the 14A, “equal protection of the laws,” and that this supercedes all other history.

Left-wing denialists revealed themselves to be a Legion of Ahabs, mask-Karening and fear-mongering across the land. They seem content to believe lies about the stolen election, obviously phony scandals like “RussiaGate,” and talking points fed them by late-night comedy hosts and Big Tech.

Ordinary people showed that they are barely holding on. To them, as costs have risen, jobs have become methods of control. They fear going into the abyss of debt. Consequently, they have become stupidly obedient.

At this point we see how societies invert themselves. They proclaim something agreed to be good, like a state of freedom and equality, and then go about bashing down any who do not agree.

We saw this in the small with COVID-19. In the name of protecting us against the pandemic, our leaders began to intrude into our lives to previously unknown degrees. If not stopped, they would mandate vaccinations and extend lockdowns.

Our society stands revealed as being entirely fake. Despite our fond proclamations of freedom and equality, we have achieved neither, but in pursuit of eliminating the enemies of those, have become a typical tyrannical bureaucracy.

We all know that there is nowhere to go from here. You cannot have a stolen election and still have a democracy; similarly, you cannot hype an aggressive flu into a world-threatening pandemic and still claim legitimacy.

Everyone fell with this mass panic. Our scientists showed that they were bought, our leaders unmasked themselves as power-hungry tyrants, China showed itself to be the new threat to sanity everywhere, and ordinary people revealed how they are living in panic and despair anyway, and this just made it all worse.

COVID-19 showed us that democracy is stupid. That is, it favors the panics, trends, fixations, obsessions, perversities, denial, sadism, and greed of the crowd. It elevates the lowest impulses of humanity to our highest goals.

We have known this about democracy for some time, but kept it around because it suppresses most ideological conflict by focusing on individuals instead of the question of civilization. It turns out that this question is the most important, and denying it means death of civilization by the outrage of individuals, removing its important parts and adding a steady layer of neurotic cruft comprised of decisions made in panic turned into precedent.

Those of us who are paying attention find ourselves witnessing an incredible event: the transition from democracy to tyranny. We see how the root of it is bureaucratic thinking.

A leader attempts to make society succeed by natural methods, like picking and promoting the best people while suppressing stupid behaviors and stupid people. It’s not nice to say, but most of good leadership requires this.

Bureaucracy does not care about quality; it favors making everyone obey the same control by choosing what behaviors they can engage in, both prohibiting activity which might lead to subversion, and shaping minds around what is acceptable.

We now see that if bureaucracy is given control, we get a Uniparty that genocides us, sells the country out to China, and then flees with whatever they can steal. We are in the last stages of democracy.

All of this was known, but was revealed most profoundly by COVID-19, which showed us a nervous and neurotic world going mad at a relatively minor event, and seemingly afterwards remaining incapable of regaining what sanity it once had.