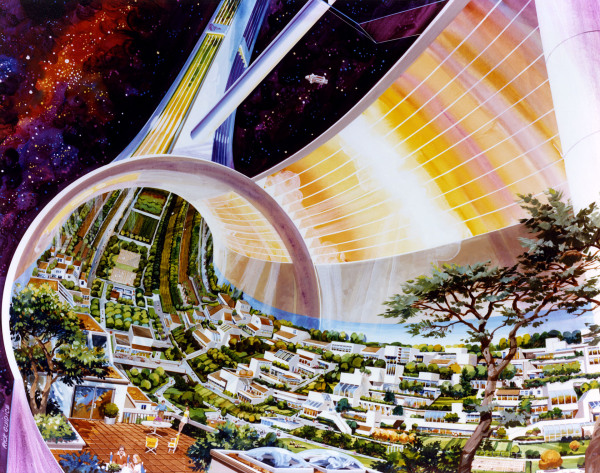 Let us not focus on conservatives, but on a new group: anyone but leftists. Leftists have an ideology that knows no stopping point and refuses to check itself with reality, so as in France and Russia, leftists push societies into increasingly insane plans and eventually totalitarianism, precipitating collapse.

All of us out here are varying degrees of ABL. Some, like myself, embrace conservatism for agreement with its core ideas: measure actions by results, look to history for a reference, and focus on health of a society through its families and individuals. Others are simply anti-liberal by virtue of having noted the reality disconnect in liberalism, much like all forms of human pretense and wishful thinking.

The problem with opposing leftism is that leftism is socially coercive. It sounds good, therefore anyone who opposes it is a meanie. This enables leftists to achieve what they actually want to do: seize power as a means of seizing wealth. In a biological context, we would refer to this process as parasitism, which is when one organism forcibly derives its nutrition from another.

Parasites consistently rank upon the most numerous organisms in nature. On a positive level, they remove the old, sick and inattentive and further the process of natural selection; on a negative note, they deprive healthy animals of nutrition and make life miserable. Anyone who has spent time swatting mosquitoes, removing ticks and fleas, or been afflicted with an illness has experienced the parasite.

Liberalism bases itself on a simple idea, equality. What this means in reality is reward before performance. In other words, you get rewarded for simply showing up and being human. This forces us to give nutrition to the parasite since it is just like a human; many diseases do the same thing by imitating our own tissue and thus gaining access to the flow of life-giving blood or being able to penetrate a cell and absorb it.

What liberals do ultimately destroys them as well. They open the door to parasites, which converts a large portion of society from functional people into dependents. These then leech off the rest, but that parasitism does not cause the crisis. What creates the crisis is the displacement of sane, productive people who would be OK with reward after performance.

A parasite can only be dealt with by removing it and cutting off its food supply. In the case of liberals, this means requiring that in order to eat and participate in society, people must contribute. This is not a financial thing, although we tried to make it one during and after WWII by insisting on capitalism only because the opposition were full Communist. It mainly means being willing to accept responsibility for contributing to society and ensuring that actions by oneself or others do not cause negative consequences.

Because of this, the cult-like mentality of the liberal looks negatively at measuring life by consequences. For them, it should be about feelings, which generally rewards the pleasant-sounding idea that we should just support everyone and thus we will all get along happily ever after. By doing so, liberals detach all of society from concerns for the results of its actions, and focuses instead on appearance, which not only means people will undertake disastrous actions, but makes a hollow and false society of showing off to appear more intelligent, generous or modish than others.