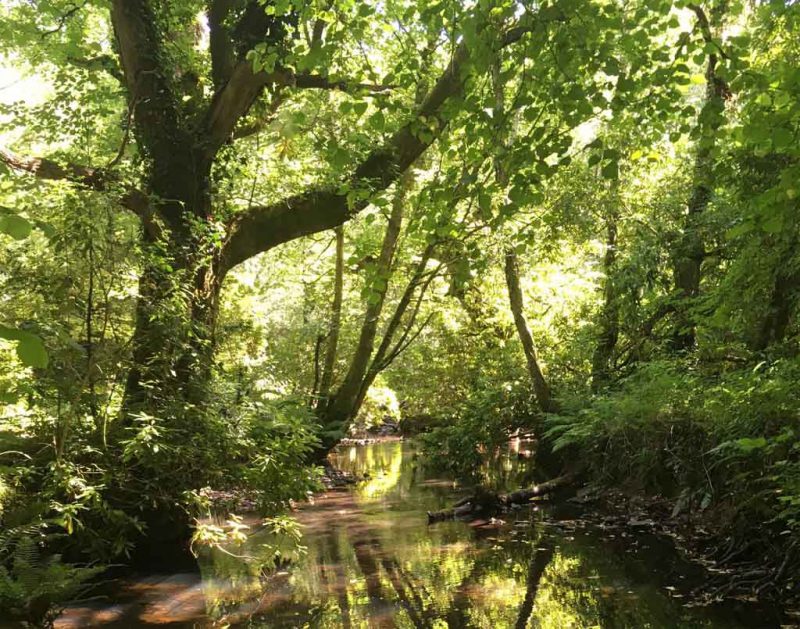 Most human interpersonal tension can be solved with an honest hug. This forces the hugger to get himself mentally organized to really mean it, which in turn requires appreciating the other person. One important step precedes that.

Before we can be honest with ourselves or appreciate another person, we have to first believe in goodness. This means that somehow, life has a positive outcome or positive value in a sense more than personal material enjoyment.

We called this “transcendental” before various idiots ruined the term by associating it with trivial New Age atheistic spirituality. It simply meant that we could look at the pattern of the whole of life and conclude that it was reaching toward the good and not the bad.

Societies turn bad when they lose any sense of this goodness. Instead of expecting life to bring them positive things, people look toward it with a combination of paranoia and narcissism that has them seeing themselves as the likely victim.

This makes them want to preemptively strike against everyone and everything else. To them, it is no longer stealing or inaction when they take more than they need or avoid pitching in when necessary. They are merely protecting themselves against inevitable future victimhood.

In addition, they gain a sort of metaphysical solipsism that has them see themselves as the object of the acts of the universe. If it rains, it was designed to rain on them; if there is a shortage, life has injured them.

From this outlook a malevolent individualism is born which says, essentially, “I will do whatever I want, and should not be judged for this, because nothing good will come to me otherwise.” All individualism (hubris) goes this way, or at least, individualism does not arise without this latent attitude.

Individualism takes the opposite form of goodness. It says that the world is bad and the only good is found in the individual. In other words, we retreat into our individual selves because we perceive that our surroundings are hostile.

Western people originally had a sense of the goodness to life. We studied our world, did what was sensible, and received benefits; these corresponded to a notion of a metaphysical goodness, or life reaching toward improvement, so that the best always won.

Somehow, we lost this, and life became — like a bourgeois job, filing your taxes, or making small talk at a party you did not want to go to — an obligation. In the hands of human control, what was once liberating and beautiful became repetitive and odious.

Humans do this because our fear induces us to suppress risk. Instead of sailing the open ocean, we would prefer to follow a safe course through a pond. When in groups, humans settle on what they have in common, a lowest common denominator which is always based in fear.

That fear in turn obscures our ability to see goodness in the world. If the world is to be feared, its ultimate outcome is not good but bad. This focuses us toward the bad, and so we see more of it, and over time, we get more of it.

Many of you are familiar with the Law of Attraction which is basically a hermetic principle adapted from ancient religions to a simplistic modern consciousness. It says that whatever you focus your mental energy on will be more likely to come to pass.

This comes to us from an understanding of the Platonic forms, themselves a modern interpretation of something ancient. Basically, in our world, patterns are causes and effects are rendered in material, not the other way around.

That means that if we understand a pattern and project it into the world with focused thought, we make it more likely to come about, even if the material likelihood is adverse. We make the pattern happen in thought, and this draws the fabric of the universe toward that shape.

Christianity acknowledged this through prayer, which is nothing more than focused thought through meditation. The McDonald’s version of Christianity that they teach to the proles translates prayer into “asking” for things, but this misses the point.

When we look at the world out there, we create in it a mirror of our thoughts. If our thoughts are dark and parsimonious, we create more misery, poverty, chaos, and enmity. If we gear our thoughts toward goodness, we make the world more likely to reveal its latent goodness.

Ironically, for us to see this latent goodness, we need to let go of the fake goodness which humanism preaches. Humanism tells us that the world is good when everyone is guaranteed a positive outcome and all is peaceful and safe.

We tend to see the goodness — in a human sense — as occurring only when everyone is cared for, everyone is important, and we are all included at the same level. Basically, humanity comes pre-installed with a hive mind, and it is a moron.

This human sense misleads us to the true goodness in life. Existence offers a canvas, not a curated ride. There are no guarantees, only opportunities. That itself reveals the actual beauty of life: not that we can do anything, but that we can experience the joy of life itself.

Right now, our minds are misled by our human fears, but if we push aside that adversity to the possibility of tragedy, we can see something better than safety, mainly a chance for the great instead of the merely adequate in our mortal and existential experience.