We Will Break You 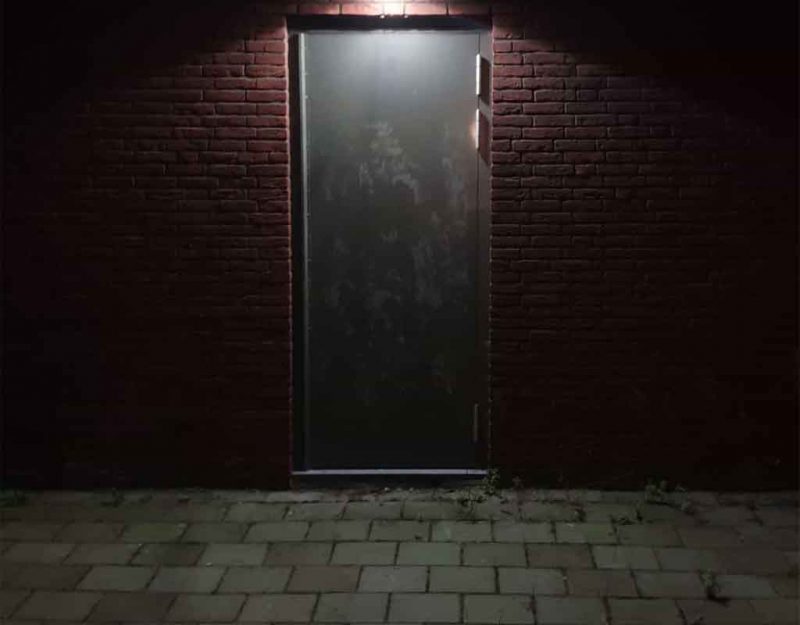 When the 1980s dawned, America was trying to recover from a war which was not quite a victory but also not clearly a defeat, in which our sense was shaken not so much in our military prowess but our ability to have functional leadership at all.

Our guys who came back complained that their hands had been tied, and pointed to a long list of decisions by LBJ and others to limit what they could do militarily in the vain hope of achieving political objectives. How we quit bombing if the Vietnamese came to the table, only to walk away.

The politicians were bad enough, but the voters were worse. They would be in favor of one thing, then panic at a news story and turn on it, running to the opposite extreme. Consistency and sanity went out the window, replaced by the wild emotions of groups of thoughtless people.

Even more, no one ever got punished. People could vote for something insane and then the next election, vote again. Politicians who blatantly screwed up got replaced, but those who did nothing or avoided important issues faced no penalty.

In fact, we often saw them as heroes. Think of two cops who know a disaster is coming: one averts the disaster and dies a nobody, the other lets the disaster happen and then rushes in to help, and becomes a hero with more money, prestige, and power than he knows what to do with.

As a nation, our hands were tied by this constant infighting and inconsistency. People thought one thing, then the other, trying to make decisions that would be supported by the group, fighting their own gut instincts that said otherwise, and always chasing symbolic victories — the Utopian thing that would make everything better — only to have them fail, time after time.

It really was sad. Here we were, a nation that emerged from WW2 in the best shape of all of them, squandering and dissipating our wealth, power, and people just because we were ruled by this insane system of democracy. We were committing slow-motion suicide.

Sure, Reagan made things better; he beat the Soviets, just like we beat Hitler in WW2, except this time we were fighting an enemy that we could not have avoided. To do so, however, he traded off so much that it guaranteed the Left would be able to take over in the next cycle.

Think of the two cops again. One goes out and slays the dragon, then retreats to recover from his wounds. The other cop steps up, tells everyone that he is in charge of the dragon program, and becomes recognized as the man who guided the community through its darkest hour.

In the same way every society perishes. The capable few who can see the problem and address it tend to expend themselves fighting it, at which point they are exhausted; then, the other side — those who represent low standards and incompetence — rush in and take over. “Thanks for saving this, for us!”

It became clear by the early 1980s that no one would see the actual reality of the situation. They were vested in careers, hobbies, divorces, religion, drugs, and other personal drama that served to distract them from the ongoing crisis. They just wanted to retire and die before the other shoe dropped.

Worse, they were vested in democracy. Schools taught how the French Revolution and American Revolution were good things because they got rid of the kings, and now We The People™ were in power, and things would be better because… well, we are in power now, anyway.

It was as if an iron curtain had descended around our minds. We could not consider any idea that did not begin to the big chain of notions that started with the concept equality = good, and that meant that all we could do was repeat the same failing “solutions.”

Who wants to tell their friends that they oppose racial reconciliation, gender parity, equal inclusion, social tolerance, and group understanding? Yet all of these terms masked a seizure of power for the iron curtain, and a displacement of any and all alternatives.

This continued onto the national level. If someone was called “racist,” everyone abandoned them, even if the charge later turned out to be untrue or misinterpreted, as in the case of Jimmy the Greek. Non-Leftists like Reagan got called Nazis, racists, sexists, classists, and fascists anyway.

The new group in power had a simple outlook: we will break you. Their goal was to make us all repeat the same thing, so that it could never be criticized, so that it could fail and we would all still be forced to support it.

They added a clever wrinkle, which is that they did not use primitive methods like the fascists and communists. No secret police here; they relied on positive reinforcement. You had to show that you had the “right” ideas in order to get promoted, admitted, hired, befriended, or dated.

Conversations with people who supported the system (henceforth: “collaborators”) always involved talking about big important issues in a search for shibboleths, or token terms or arguments that showed that you were one of the “good” people.

In this way, the collaborators quickly shed the nonconformists from among their ranks. The same was true of jobs: in interviews, you always got asked a “theory question,” to which the right answer was some egalitarian policy or another, like having a meeting to get “input” from everyone. Those who spotted what the question was truly about and returned the correct token always got hired.

People ask, what is the root of all of this?

Disorganization comes with a religion, namely the idea of rewarding everyone equally instead of reward the good only. The latter, while pure common sense, offends the crowd sentiment that if we just all get along, everything will be fine.

It also offends the middle class bourgeois sentiment that if everyone just takes care of their own interests, society will organize itself around that. This libertarian ideal ignores the fact that civilization needs to exist, have standards, and leadership. It assumes that the world will continue on as it is on its own, because this is how the middle class experiences it through jobs and commerce. They never see the work required to make civilization function, and if they did, they would visualize it only as losses to commerce.

People want to be participants in society, not to make the hard decisions that cause it to function. Without being organized into a hierarchy, they become destructive because they pursue what they think they need at the expense of what civilization needs.

This process, called Crowdism, anchors itself in individualism: the pursuit of individual desires over what is necessary to construct intangibles like civilization, wisdom, culture, art, heritage, and continuity of past through future.

Crowdism begins in the idea by individuals that since civilization exists, it will always exist; this is a form of the “fundamental fallacy,” where people believe that life is as it appeared to them when they first encountered it, and never will radically change its basic structure.

As a result, they see it as a commons, or something that they can exploit and re-arrange without actually having any effect. To them, civilization is like another person, something they manipulate without any broader effects.

They want to believe that they can do whatever they want without consequences, so they remove broader considerations like civilization from their worldview, and then use social pressure to force others to agree with them. Political correctness is an arm of this.

Crowdism takes form in any organization, even pairs of people, and can take on any guise: political, social, artistic, cultural. It consists of the natural human tendency toward individualism amplified by the idea of manipulating others by extending that same right to them.

People in the grips of Crowdism tend to express themselves in terms of freedom, equality, liberty, and other open-ended concepts which are fundamentally negative in outlook, meaning the removal of a need to nurture and maintain things like standards and order.

They offer each other these freedoms in exchange for a mutual agreement to stop caring about anything other than the pursuits of the individual. Basically, everyone does whatever they want, and if they do not directly collide, they consider this ideal.

While they do not explicitly discard civilization and social order, they prioritize it far lower, and keep individualism as their first and over-arching goal. This creates a society entirely focused on the individual, and therefore, that ignores social order, infrastructure, and investment in the future.

If modern society seems to you like people living off of the wealth and inventions of the past, while consuming everything good before the next generation can get to it, this psychology explains that phenomenon.

Individualism by nature creates class conflict, since no individualist wants to admit that he ranks lower than others for the purposes of leadership. Instead, he wants to be equal, which means “no one can come before me by virtue of being a better person.”

He will of course posture and pretend at being a better person with public acts of charity and “compassionate” opinions. These are designed to conceal what he does in private, much as companies donate lots of money to charity to make people think positively of them despite their other actions.

He will demand universal representation, meaning that all must be represented, knowing that this means the lowest common denominator will win out, and that means that all of the fears and illusions of humanity will become policy, neglecting any more complex ideas.

He gleefully anticipates the day when he will have crippled those who are his natural superiors, because at that point he will have tied the hands of society to do anything but provide for him. Again, individualism is the root cause of this psychology.

He will delight in social mobility because it causes a “crab bucket” effect, where people are too busy beating each other down in their zeal to rise above the lower echelons to pay attention to the effects of what they do.

Your average suburban dad who comes home after a long workday in which he mostly had to restrain the idiotic impulses of others, looks at the television, and throws up his hands at what a mess all of it is shows us the effects of that hand-tying approach.

In order to further make the consensus mandatory, the individualists will gather together and proclaim the idea of “universal” truths, or those shared among all humans. This lowest common denominator will amount to “everyone deserves anarchy but with grocery stores,” effectively, and serve to exclude for polite discussion anything but enthusiastic affirmation of the shared illusion.

This is the power of Crowdism, which I visualized years ago. All of the Left, most of the Right, and basically any group with humans that does not have a hierarchy based on quality of people succumb to Crowdism.

We can oppose it with these methods:

Right now, these seem controversial because we are in a time of disorganization, and these call for organization. That means each person in a place that fits their abilities and character, working together toward a common goal, and looking toward eternity instead of the right now.