We Told You Diversity Would Not Work 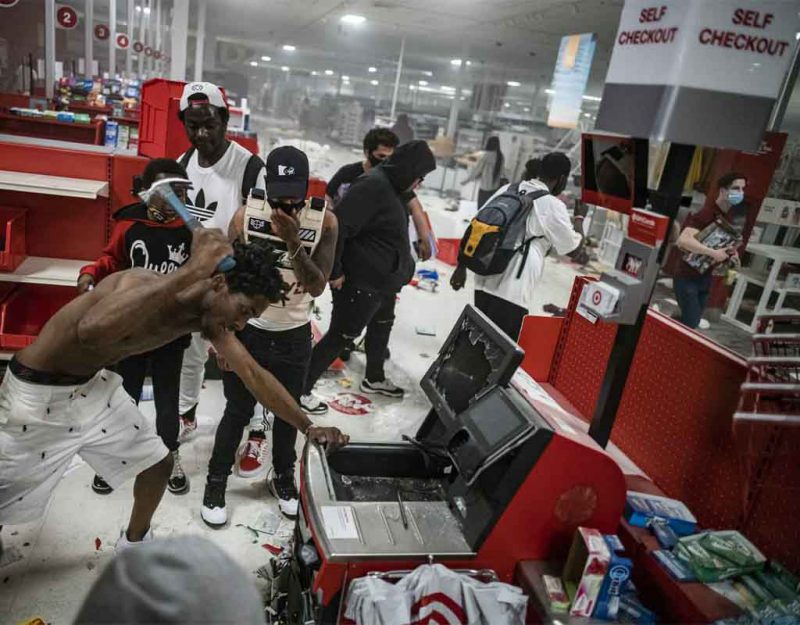 No one listened, or at least it seemed as if no one did. Back in the 1980s, it became clear that the nation had split between people who liked traditional America and those who wanted a new Leftist world order. Diversity was clearly not working, and no amount of “tolerance” could solve that.

Thirty years later, we see how the illusions of the past bore fruit as completely destructive realities. Our cities burn for the failure of diversity; we live in lockdown for the failure of media and globalism. So many things are taboo that conversation is impossible.

We have reached the endgame of Late Stage Democracy. We try the same “solutions” time and again, but they fail because they are symbolic or ideological and not realistic, and yet we cannot try anything else because it is now taboo also.

Consequently, we create our own problems by trying to fix them, perpetuating a cycle which is draining our energy, time, and money. Soon that will run thin, and then the crowd will take over completely and make another third-world kleptocracy out of a once-prosperous nations.

The voters, who stood by and let this happen, will continue rationalizing and justifying their behavior, hoping only to die before it really hits the fan.

Things are going to get worse. Humanity has racked up a series of crises, both ecological and political, which will not go away. The third world is about to starve. Pollution-based health problems are about to peak. Unstable ecosystems, diseases from the deep jungle, and social decline assault us in waves.

We are going down. We made a horrible choice: we accepted the Big Lie of equality in order to keep our peasants, an overabundance of which was produced by our prosperity and tolerance, from revolting. Now we are in permanent revolution, unable to stop consuming ourselves.

This civilization has an autoimmune disease. Its own immune system, morality, is attacking itself because it has been reprogrammed with equality instead of quality. There is no way out except to overthrow the immune system and rebuild entirely.

America is Balkanizing. Get with your tribe: a mosaic of race, religion, ethnicity, culture, and social class. Form a group. Be ready most of all to produce necessary items, including food and shelter, but also to defend yourselves. Anyone with less will attack you unexpectedly while feigning innocence.

Diversity has failed. The liberal democratic Regime which brought us diversity has also failed. People have no faith in the system. It is going to collapse, and take the rest of the world with it. Collapse means becoming a third world ruin, not a boogaloo or civil war.

The mob is truly in control now and democracy can do nothing to stop it. This indicates the terminal phase. Be prepared, mentally most of all, to do what you know you will need to do. Purge all elements of diversity from your soul.

It always goes this way, with democracy. We thought we could contain the beast; we cannot. We either get to a Traditional society — nationalism, aristocracy, reward the good and punish the bad, heritage, culture, and faith — or we perish.

But first, we will have to pay for the foul deeds of democracy, and it will not be pretty.