We Enter The Buck Rogers Era 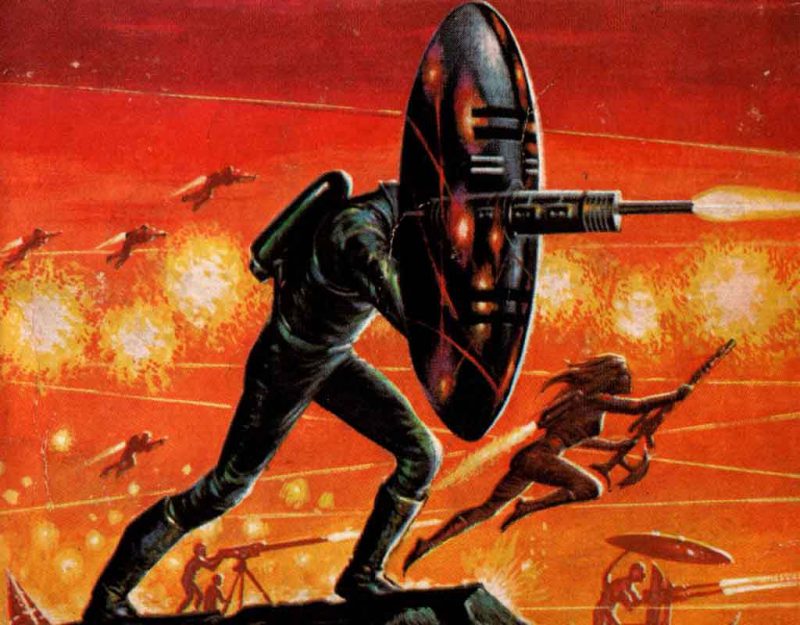 In my view, the West has been in a state of stasis since WW1. Sure, we get new technology and changes are made within the System, but nothing fundamentally changes. The System stays the same and so do the pathologies of our people.

This means that in our hearts and minds, we are still trapped in the interwar period. We have seen that democracy, civil rights, equality, and market socialism have conquered the world, and this means that each year we get more taxes, more race riots, and more government, but nothing improves.

We have been slow-walking into the abyss since then, trying to give up as little ground as possible, knowing that the voracious mass of people out there will eventually unite and consume everything good, then starve themselves. Humanity is like a Red Tide: a suicidal, omnivorous plague.

Back in the interwar period, all of the themes of our permanent loop — think Groundhog Day, but in decades not days — emerged early and became obsessions for both intellectuals and ordinary people. These were the days of Eliot, Celine, Faulkner, Fitzgerald, Hammett, Chandler, and Christie.

During that time, the fundamental themes of science fiction appeared. Among these was the future race war and breakdown of the West into roving bands yet again, as exemplified by the earliest Buck Rogers story:

It seemed that another war had followed the First World War, in which nearly all the European nations had banded together to break the financial and industrial power of America. They succeeded in their purpose, though they were beaten, for the war was a terrific one, and left America, like themselves, gasping, bleeding and disorganized, with only the hollow shell of a victory.

This opportunity had been seized by the Russian Soviets, who had made a coalition with the Chinese, to sweep over all Europe and reduce it to a state of chaos.

America, industrially geared to world production and the world trade, collapsed economically, and there ensued a long period of stagnation and desperate attempts at economic reconstruction. But it was impossible to stave off war with the Mongolians, who by now had subjugated the Russians, and were aiming at a world empire.

In about 2109, it seems, the conflict was finally precipitated. The Mongolians, with overwhelming fleets of great airships, and a science that far outstripped that of crippled America, swept in over the Pacific and Atlantic Coasts, and down from Canada, annihilating American aircraft, armies and cities with their terrific disintegrator rays. These rays were projected from a machine not unlike a searchlight in appearance, the reflector of which, however, was not material substance, but a complicated balance of interacting electronic forces. This resulted in a terribly destructive beam. Under its influence, material substance melted into “nothingness”; i. e., into electronic vibrations. It destroyed all then known substances, from air to the most dense metals and stone.

They settled down to the establishment of what became known as the Han dynasty in America, as a sort of province in their World Empire.

Seems as if election 2020, the ensuing chaos, and the diversity-fueled breakdown of the remaining aspects of function in the West will achieve this shortly. We used to worry about our Twitter profiles, but now we simply need to keep our blasters at the ready and zap some aliens.