We Can Go Back 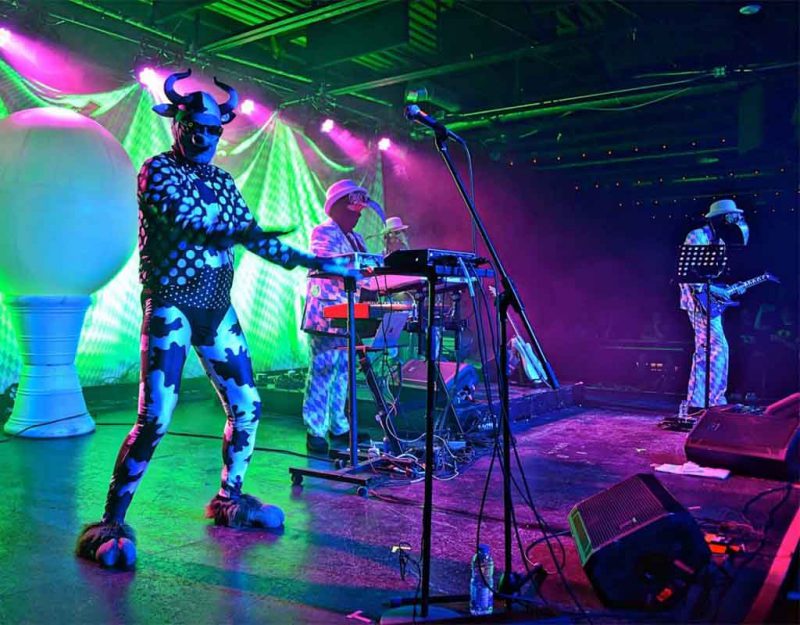 When this coronavirus lockdown hit, it immediately reminded many of us of the government shutdown: relatively empty streets, quiet, and a sudden total dearth of minorities, hipsters, obese people, and other things that only exist because of our Leftist government.

In fact, you could go out during the day and see only other Western European people, doing the usual stuff they do to keep society going. The dependents of the State and their fellow neurotics cowered at home in fear, because they were losing.

After all, a government shutdown deprives the Left of its most important weapon. Bureaucracies, democracy, factories, and Leftism all work by treating people as a fungible commodity to be stamped with instructions and made to do the will of the System.

Nature on the other hand produces different creates for different roles, niches and ecosystems, and total inequality so that some can differentiate and, once proven to be right, inform the others. It is more complex exponentially than the blockheaded human approach.

When government shuts down, bureaucracy shuts down, and so does the constant emphasis on the underdog necessary to keep Leftism going. Egalitarianism always means taking from the strong to give to the weak, but when the weak are not present, people realize that no one actually cares about the weak.

Most of us shared the feeling that if all of the people who needed government were to be moved by freight to Mexico and left there, absolutely nothing would be worse; in fact much would be better, although sandwiches and lattes would be more expensive.

The hipsters, neurotics, Leftists, mentally disabled, insane, sociopathic, selfish, schizoid, fatalistic, and hateful people would all just… go away. They did, temporarily, during both the government shutdown and the COVID-19 lockdown.

You will not hear this in media, but people are soul-tired of modern society. It promised them leisure time and instead gave them a treadmill, constantly working to pump up our GDP so we could afford more debt and entitlements for “the poor” and minorities.

They realize that the functional parts of society are few, and that those need to stay in play, but if all the other stuff — academia, government, media, diversity, anti-poverty, ideology, the UN, the WHO, consumerism, entitlements — disappears, nothing important will be lost and life will go on better than before.

They recognize that Leftism has power over all of the institutions of government and much of industry, as well as all media, and they are rebelling against this Leftism because it has made a miserable existence out of what should be the most prosperous country on Earth.

Instead, we gave it away to people who hate us and want to move in here, destroy it and make it like their native lands, since they have no other choice but to do that. Diversity forces you to either hate your native culture or go to war against the majority, and most sensibly do the latter.

We spent endlessly on anti-poverty, education, healthcare, welfare, entitlements, affirmative action, and “social justice” programs. All the money vanished down the gullet just like giving a $20 to a wino ensures that a day of binge-drinking later, he will be back on the street looking for more.

Much of this society produces nothing. Mitt Romney created his historical footnote when he talked about the “47%” who pay no taxes. Whether the number is exact or not, his sentiment resonated: we know that about half of the people here are useless takers not makers.

Whenever someone points this out however, in swoop the Leftists with college degrees from their media thrones. “Oh no, anons,” they say. “You have it all backwards. Things are not as they appear to be; in fact, the opposite of logic and reality is true. We are winning this way, you will see.”

It reminds me of this old riff:

Richard Pryor told the story of his wife catching him with another woman. He denies anything is going on, and asks his wife, “Who you gonna believe, me or your lying eyes?”

Half of our society wants us to believe Leftist dogma instead of our own eyes, and underconfident because we are saturated in propaganda, we believed them. But now, we are starting to believe our own eyes instead.

Life is better during the pandemic. All of the useless people cower at home; the normal ones, who tend to be ethnic Western Europeans, go out because we accept that to live is to die, and therefore that we must take some risks, knowing that not all of us will survive. Yet we carry on.

Government has receded from our lives. So have all of the industries that support useless people and their quest for endless entertainment. For a few brief months, prole-rule has been undone and instead, we can see how life would be if we were not ruled by the lowest common denominator.

They have told us for years that we cannot go “back” to a functional society, and we are saying that we want to go forward. That is, we took a wrong turn with Leftism, and we want to reverse, go to the last non-dysfunctional point, and go forward from there not here.

COVID-19 has shown us yet again that we can go back. If we starve the beast, cut out the laws that protect it, and stop dropping everything to fling all of our money and time into the void any time someone points out that someone somewhere sometime is starving, we can have a good life again.

Everything from the present day is a lie, and this lie has been gaining strength for centuries. The only way to win is to directly reject the lie: equality. Once we reject it, we can start peeling off the layers of parasites and win again.

It sure is nice out there now. Few cars, not much noise, low pollution, and less constant vandalism and low-grade crime. In this world, when you do roughly the right thing — produce something, help others, discipline yourself — life rewards you with good things, and then other people take them.

It is sad that some are starving, but do we really care? They could pass on, and we could keep doing good things instead of throwing away all that we have been given in an attempt to defeat perpetual human failings like poverty, diversity, and crime.

We can treat society like a garden. Remove the weak plants, nourish the strong. Prune the dead leaves, plant new things where there are empty spaces. Uncover the sky and let the rains fall. Soon you have a thriving garden.

Once we get over equality, we can stop caring that some are losing at the game of life. They could win, if they did as we do, but they will not. That is not our problem. We have a responsibility to life itself: to grow, thrive, and win.