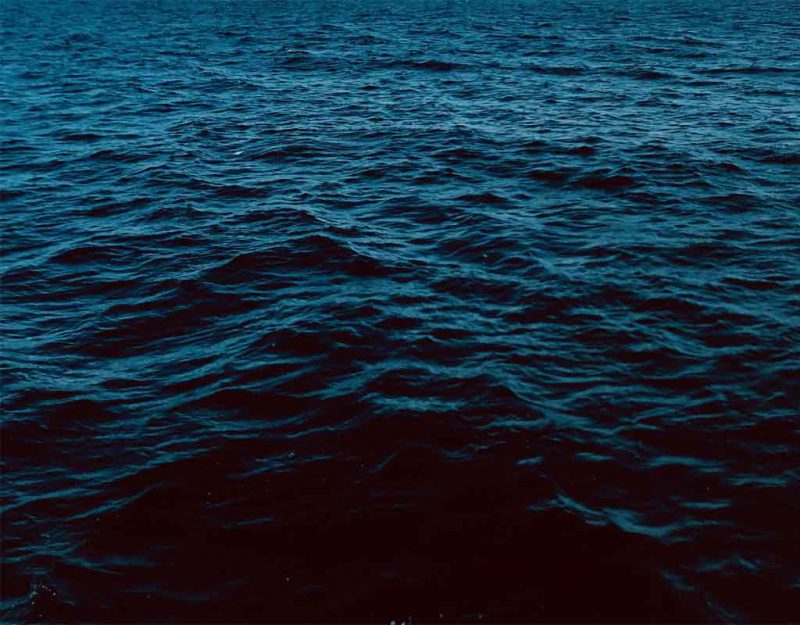 Ramjob Ray began his turn. He’d done this for years. He became almost a marine mammal as he turned the board within its own radius and increased his paddle rate by automatic muscle memory. He then moved his hands to parallel positions on each side of his surfboard. He effortlessly pressed up his body as his legs and feet ascended the board. He stood there tall, aloft the waves as a Polynesian king of old.

Given to fly, as Eddie Vedder once sang it. The water lifted and began to swell in search of that fatal, climatic orgasm that would kill it as a wave. All that now mattered was the moment in which Ray would master and manage that awesome destructive harmonic oscillator as it gained in amplitude. His hair could turn grey, his skin could show the battle damage of salt, sea, and repeated insolation. Yet, as he had said since he was eight and a half, this was totally bitchin’.

It wasn’t The Big Wave, and it wouldn’t end him in it’s own suicidal dissolution. He’d emulate Eddie Aikau and surf The Death Wave to either Heaven or Hell another time. Meanwhile, the wave broke with a crisp and progressing curl. It dead-lifted his emaciated body and hydrodynamic board to the verge of breaking contact with the water.

The water now rose up behind as would the unending hood of a giant, venomous cobra. It could be that deadly in a careless instant. Careless instants didn’t happen to Ramjob while he lived in the meditative zone of temporary godhood which he achieved when he mounted that board bound for the shore. His body flexed as one continuous, lean muscle. His arms extended backwards and forwards of the crashing wave. He formed the Power T of equipoise.

He could live years of memories in the brief minutes of glory astride the Pacific’s own version of the sandworms from Planet Dune. It had started for him as a kid from a screwed family. Dad had ditched, Mom mentally did likewise. As far as his progentors were concerned, he could go raise his own damn self. The Biker-cum-Surf Dude called Old Trouble saw this pathetic refuse of an eight-year-old and gave him a pity gift. It was an old, used board.

Ramjob could swim, Old Trouble showed him how to ride, and let him crash in his shack in return for a few favors. So Ramjob delivered baggies, ran numbers forms, ate lots of Spam and Eggs. He leaned-out and built up the way aspiring surfers do when hammered for hours a day in Posidon’s Watery Forge. He read, did math well enough to know when a junkie was cheating, and could cook the hell out of can of spam. What else did he need in terms of an edumacyshun?

Then he met what some of the pissed-off locals called The Cabal. Victor, Krush, Deadman Hanson, and Wild Whip had all joined him for breakfast, beer and surfing every morning by the time he had turned fourteen. The five of them lived like vampires. The aged physically into adulthood one more bitchin’ wave and Stoner’s Driftwood Fire at a time. They were society’s driftwood, figuratively and literally.

Ramjob was surfing a patch of beach known as The LZ. This had to do with the terrain. He had boarded out past a set of partially submerged sandbars that provided a thin cushion above a line of defunct reefs. Get three hundred or so meters past that and you reached what the five of them termed “The Airstrip.” Here you could catch your wave and then turn and burn. The wave would lift you several yards above the sandbars.

You would then enter a quasi-lagoon people called The LZ. It was where you ditched the board and began the swim ashore – if you were either a poseur or a pussy. Ramjob was poised over the sandbar and facing parrallel to the break of the wave. His backward hand shredded a path of spray out of the wall of briny, churning water looming over his head. He felt this more in his legs now that he was too damn old to still be out here. He was too young to die, would never grow up, and therefore welcomed the burn in his thighs like an old and jaded girlfriend.

Ramjob hit the lagoon and saw the rocky contours of the shore about 150 meters or so ahead. The wave still held most of its form and he wasn’t nobody’s pet feline. Krush had crushed a few beers, felt the same way Ramjob did about bailing and had married a sharp, cragy shoreline abutment the way a driver in a head-on takes the steering wheel shaft through the vitals. The beach had closed down as paramedics spent a better part of that grim day disentangling mortal remains forcibly mounted on to dead coral formations that still had sharp edges.

Deadman Hanson wasn’t known as Deadman until he earned it. Amatuer midnight drag racing is more dangerous than surfing. If a man’s world doesn’t end with water, impact and fire will get the job done. And then there were merely three. The other locals stopped showing cowed respect as Ramjob’s coterie had dropped in number. The fists were traded some nights behind the dunes. Turf and surf are earned not given.

With this in mind, Ramjob would get close, but not too close, and then jump backwards off his board. There was a certain drama to it fraught with just the right spicing of symbolic tension. He courted death, but never proposed matrimony. And down he went into the churn with an arm up to fend off the board if it careered in his immediate vacinity.

He surfaced like a bronzed and battered Cuthulu rising from the discordant foaming surf. He spotted his board a few feet away and walked over in an unhurried fashion. Other, somewhat chagrinned surfers followed a few feet in his wake. Ramjob Ray had again pushed it to the edge. Ray couldn’t much tell you what “it” even was anymore. It just had to be pushed. Otherwise, you just weren’t bitchin’.

Today and most of his remaining other days would bring other waves and the accompanying meditative calm to think of other things. Meanwhile Ray’s body didn’t think much about it. He just turned into a mild break, dove through atop his board, and paddled back out to into combat with whatever wave charged down upon him next.