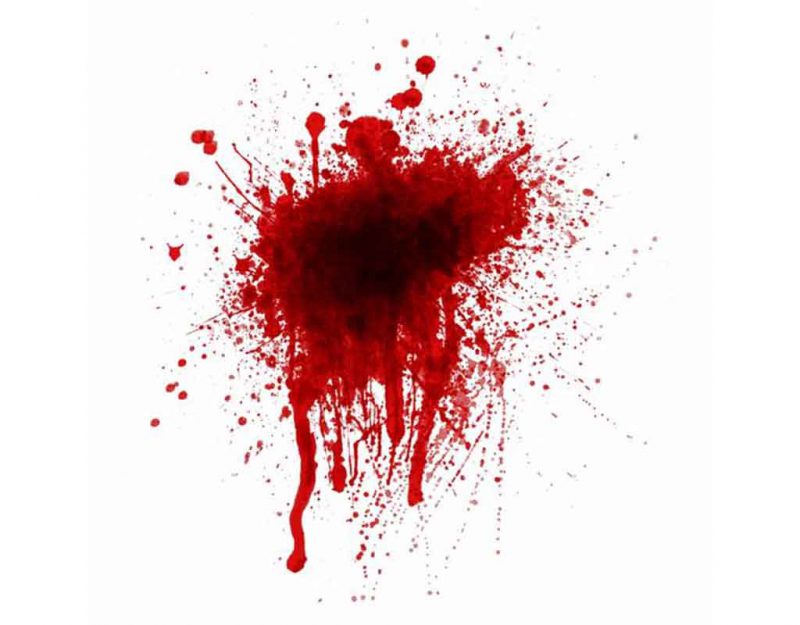 We’ve begun to raise daughters more like sons… but few have the courage to raise our sons more like our daughters. – Gloria Steinem

Thinx is a company that specializes in making period-proof underwear for women. And that’s all well. The controversy lies not in the company’s product but a new commercial which depicts a world in which young boys go up to their father to let them know they got their period and hear the father convey to them it’s just part of growing up. In this fantasized universe grown men bleed too.

Thinx has recently released a commercial with another piece of culture blurring the lines between men and women. It exploits the idea that if men menstruated, then perhaps the taboo of “that time of month” may be less taboo and women wouldn’t feel ashamed.

At least that appears to be the overall goal. And this isn’t the first time folks in Leftist circles have attempted to engage the culture by attempting to lessen the taboo of something that’s commonly perceived as grotesque (though natural) and that it simply does not belong in polite society or everyday chat. Period blood is one of those things that everyone knows about but doesn’t need to hear about. Same for other toilet-related events. The controversial ad has certainly garnered some attention, as attested to below.

OneMillionMoms sounds the warning about the new Thinx commercial:

Just when you think you have seen it all, Thinx, a company that sells period-proof absorbent underwear, launches its new ad campaign titled MENstruation. In an attempt to make everyone, especially men, more comfortable talking about a woman’s menstrual cycle, the campaign poses the question: What if we all had periods?

The concept is absurd and the commercial that is currently airing on 18 networks across the U.S. is offensive in its content and in the way that it ignores very definitive gender lines.

The commercial begins with a tween boy sitting in the bathroom before going to tell his dad that he has started his period. His dad later assures him that it just means he is growing up. If that isn’t twisted enough, the commercial also includes a man checking the back of his pants for a blood stain in a bathroom mirror, another man fighting with an empty sanitary pad dispenser, a man borrowing a tampon from another man, men passing a tampon between adjacent bathroom stalls, and a teenage boy being assisted by a girl after dropping menstrual pads from his locker.

The OneMillionMoms website seems to be geared toward a conservative-minded audience with a direction toward influencing culture through online activism. A brief clip of their mission statement is as follows:

Folks like this are, of course, considered deluded in their thinking and fueled by outdated views which threaten the very livelihood of liberal progressive values. And women who associate within right-wing circles are rather displaced amongst those who so often boast of supporting outspoken women. And as with all things in America, everyone has a polar opposite opinion.

The LGBTQ Nation has this to write in response to OneMillionMoms and their article:

The perpetually enraged One Million Moms (OMM) has started a petition in protest of a commercial about men menstruating.

The company Thinx makes underwear for menstrual hygiene. They released an ad that asks what the world would be like if cisgender men had periods too, about how that would normalize it as a topic of discussion.

The LGBTQ website utilizes terms such as cisgender to describe biological men who do not feel confused about their sex. The contrast between these two fronts, even in regards to their use in terminology, is a reflection of American culture and our unity in our division. We are different worlds far apart.

Aside from a few garnered chuckles from the Thinx commercial, it is rather telling the state of America and how strange it’s getting out there. Memes which mock America as a “clown world” reveal a dark reality at play. How can anything be taken seriously anymore? Our politicians often act like power-hungry children, celebrity culture is still in a weird state of PC mania, the government can allow for parents to legally medically castrate their sons by hormone-blockers because they claim they’re a girl and it seems as if the American laymen are becoming numbed and dumb to their increasing strange environment.

The Drum reports on the controversy from chief executive Maria Molland:

Maria Molland, chief executive of Thinx, said of the campaign: “People with periods are taught from a young age that one of our body’s natural processes is something to be ashamed of, and something we should go to great lengths to conceal. We’re taught to hide our period products in our sleeves on the way to the restroom, and constantly check our clothes for any leaks or stains. In fact, 80% of teens [with periods] report a negative association with periods, and say they are gross or unsanitary.

“In our first national television campaign, we are imagining the answer to this question: If all people had periods, including cisgender men, would they be normalized? Would we be able to talk openly about them, without shame? Half the population does have a period, and we want to broaden the conversation to everyone, no period required.”

In situations like this, I genuinely lack an argument because it is difficult to compute with such a crude thought. Was I merely unaware of how traumatized women were by the fact no man wants to hear about their bleeding? Has there been a campaign of shame against women for this natural flow? I haven’t seen such things because everyday men understand that’s nature and that’s life. How many times have men alone walked into a store and bought their partner’s tampons by themselves? It doesn’t mean we need to hear about it or discuss it. Ever.

Some have linked the Thinx ad to transgenderism and that the commercial adds fuel to its movement and social acceptance. Whether or not this view holds any validity many Leftist shall deny it regardless. I’ve seen this play out before: they first deny it’s even happening and then it comes to pass, then they call you an outdated bigot for not embracing it.

American culture is now being led by elitist who seem to be pushing out an inversion of what was once considered normal and healthy. Men and women’s roles have been switched and confused in both the work environment and in the household, children are now being taught homosexual propaganda at an age where they aren’t psychologically mature enough to understand or properly digest such things (despite what any “authority” says), the law is reflecting celebrity culture’s moral guiding systems and nationalist-minded folk are being mocked and branded as lunatics, racist or potential mass shooters. This Thinx commercial is merely a byproduct of the culture. It’s vulgar, whorish and without a foundation of principles because moral relativism changes with every new wave of wind.

American culture lack boundaries or walls around things which are not necessary to espouse in the public square. It seems to reflect not only a growing scale of public bodily disgust through entertainment and liberal political activism, but it shows how whipped men have become in this country that they bow down and allow this cultural snowball effect to perpetuate itself. Perhaps I’m just a simple outdated soul who longs for the good old days.

Outliers (#71) | Personal Agency in a World of Pure Chaos